The best responses to the last night of the convention 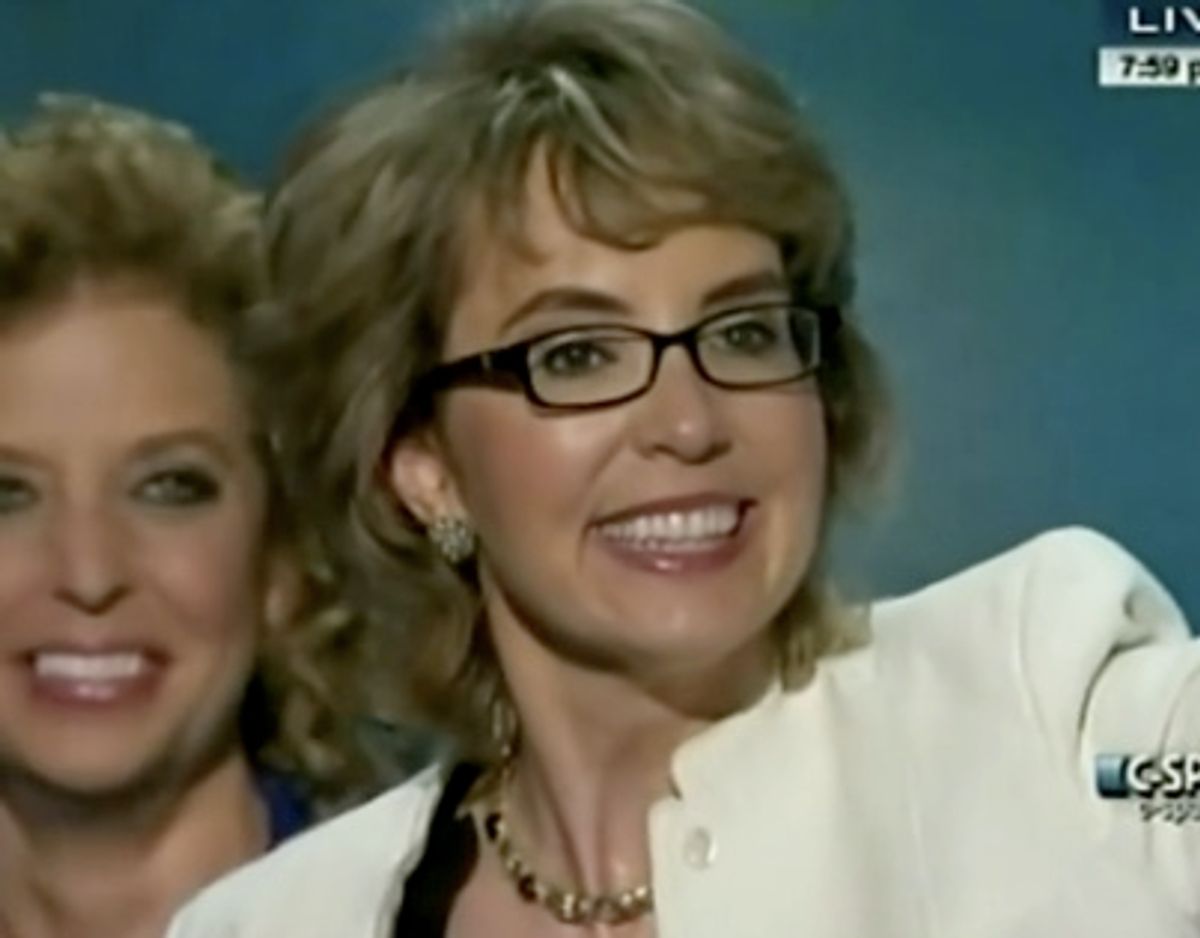 What a wonderful, touching moment when the indomitable Gabby Giffords led the pledge at the DNC. She is a great inspiration!

Watching Gabby Giffords made me cry.

And Charlie Crist is up. Bet he feels like hugging Obama again!

um, hi, I usually love politics because it makes me feel pretty. YOU ARE NOT HELPING, KERRY, EVA, AND SCARLETT.

Kerry reported for duty on this one.

WHEN JOHN KERRY CALLS YOU A FLIP-FLOPPER.

All the jokes about him obscure one thing: Joe Biden's a pretty good speaker.

Well, that was nice. Joe Biden's love of his wife Jill is genuine and touching. #DNC

This is the part where the Biden/Hillary switch happens.

HE SAID "MUSLIMS" BEFORE "JEWS" THIS MUST MEAN SOMETHING

This is the speech you give when you think you're winning and just want to avoid screwing up.

Obama knocking someone for being new to foreign policy is fair, given he's been potus for 4 yrs, but also rich, given where he was 4 yrs ago

Never thought I'd see a Dem nominee beating the crap out of the Republican on foreign policy, but this is amazing. #DNC2012

Anyone transcribing Obama's speech should write it as, "I am the [motherfucking] President." #DNC