If you think your gig is bad, try collecting sperm from elephants 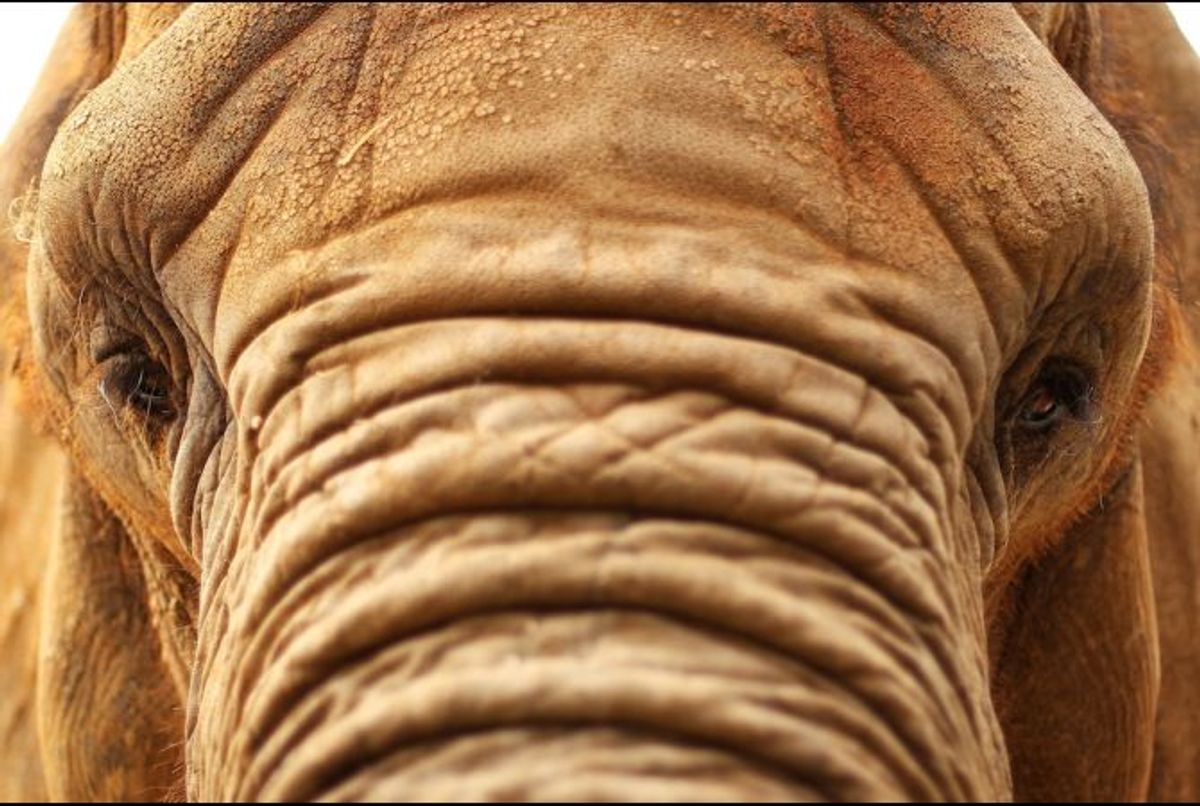 Today's jobs report says the US added just 96,000 jobs in August, 34,000 less than expected. The unemployment rate fell to 8.1 percent from July's 8.3 percent, but that's only because people stopped looking for work, not because they found a job.

It's hard out there on the ragged edge of the economy, but take a look at GlobalPost's seven worst jobs. Earning an honest buck has never been this hard.

Henry Ford probably didn’t have China’s Foxconn factories in mind when he created his famous assembly line outside Detroit in 1913.

Eighteen Foxconn employees attempted suicide there in 2010, highlighting the job's tedious nature and poor working conditions at the facilities. Remember these workers the next time you complain about your overbearing boss.

Speaking truth to power has always been an occupational hazard for journalists, and that's still true. But for a lot of newsmen and women, getting the word out has never been easier. (Thanks, Twitter!) Making money in the industry is the trick these days. (Thanks, Internet!)

And while UN-Arab envoy to Syria is an honorable and imperative job, it's not an enviable position. It comes with a rather demanding job description: cease sectarian violence, mediate a truce between rebel forces and Assad’s regime, and bring peace to war-torn Syria.

And then there is, yes, the elephant sperm collector.

But that's not all. There are terrible jobs all across the world. Here are GlobalPost's seven worst jobs in the world:

A Chinese worker assembles electronic components at Foxconn's factory on May 26, 2010, in Shenzhen, China. Last year multiple reports revealed inhumane working conditions that cited, among many egregious practices, the installment of suicide-prevention nets and a no-suicide pledge employees were asked to take. See GlobalPost's series on Foxconn.

Workers gather in radiation protection suites near Iwaki city in Fukushima, 40 kilometers south of the Daiichi Nuclear Power Plant, on March 21, 2011. After a massive earthquake and tsunami hit Japan in 2011, the Daiichi plant reactors suffered a number of partial nuclear meltdowns. Workers evacuated, but technicians, fireman, soldiers and volunteers stayed behind to stabilize the reactors, risking lethal exposure to radiation.

Hundreds of technicians, soldiers and fireman worked in shifts of 50 to prevent a nuclear meltdown. The media dubbed them the Fukushima 50.

3. Print Journalist
Reporting in countries like Iraq, Jordan, Turkmenistan, Syria, Iran, China and North Korea is dangerous and sometimes makes journalism a life-threatening occupation. But even if you work in an air-conditioned office in the US, Finland or England, it’s never been a worse time to be a print journalist, psychologically speaking. A study released in 2012 put print newspaper reporter in the number five slot for worst job of 2012, citing high stress and low hiring outlook.

4. Personal chef to North Korean dictator
Late dictator Kim Jong Il’s personal chef from 1988 to 2001, Kenji Fujimoto (a pseudonym) fled North Korea, leaving his wife and children, because he was suspected of spying on Dear Leader, according to his revelatory memoir, “I Was Kim Jon Il’s Cook.”  Since then, he says, he's lived in constant fear. But in June this year, Fujimoto was invited by North Korea’s new leader, Kim Jong Un, to return for a two-week visit.  Fujimoto took the trip and met Jong Un. He was told, "Your betrayal is now forgotten."

5. South African platinum miner
Police surround fallen miners after clashes near a platinum mine in Marikana, South Africa, on Aug. 16, 2012. Police killed 34 striking miners who'd armed themselves with machetes, sticks and metal rods. The Bench Marks Foundation recently published a study that, as Alex Duval Smith wrote for GlobalPost, paints “a grim picture of misery, death, poverty, illness and environmental pollution." The Lomin mine at Marikana experiences "high levels of fatalities," the report concluded, adding, "Residential conditions under which the company’s employees live are appalling." Sometimes 50 workers share a toilet.

6. UN-Arab League envoy to Syria
Kofi Annan was appointed to the position on Feb. 23, 2012. Some called it mission impossible. On August 2, 2012, Annan resigned after repeated attempts to end human rights abuses and violence that has now displaced over 100,000 Syrians and killed about 25,000 people, according to activists. Yet, he still believes "Syria can still be saved from the worst calamity." His replacement , Lakhdar Brahimi, is less optimistic. Earlier this week, Brahimi said ending the civil war between Assad's government forces and Syrian rebels was "nearly impossible." (Fabrice Coffrini AFP/Getty Images).

Meet Thomas, his job, and... yes, there's video if you dare.