From recovering to recovered

Talking about what I do for a living always keeps me trapped in the drug use of my past. Now that's about to change 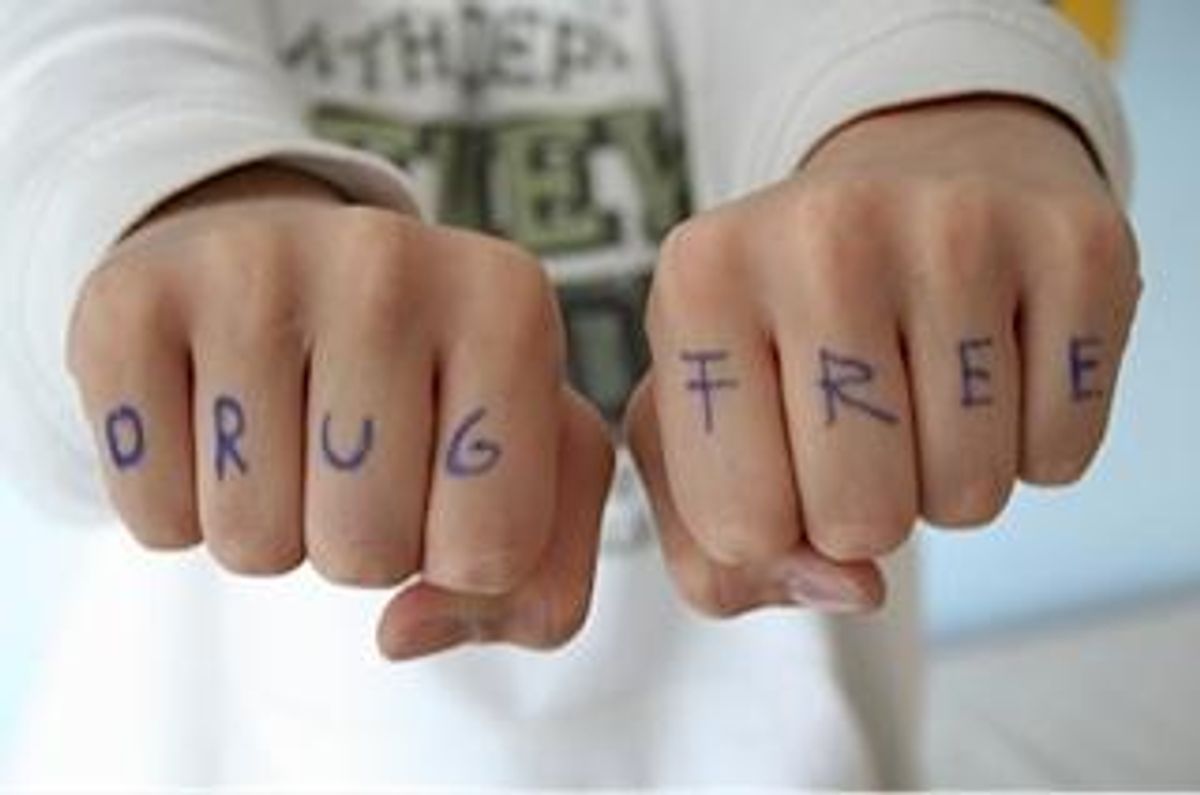 Writing a memoir about your drug addiction and having that be your only claim to any kind of fame has a few drawbacks I hadn’t counted on when setting out to write the goddamn book. Granted, there are worse things. But, unless I feel like lying, pretty much every conversation with a new person who asks the dreaded question, “What do you do?” ends up uncovering the fact that I am a former crystal meth and heroin addict.

Because the answer to what I “do” is that I’m a writer. So the logical follow up question is, “What do you write?”

And then they ask what the book is about. It’s only natural.

So, thus, a new acquaintance is suddenly way more acquainted with me than either they, or I, had anticipated—or wanted.

This is annoying to me (and probably them), but it really bothers my wife, who ends up stuck in the same trap when she describes me. After all, it’s one thing for me to admit to things that I’ve done and to deal with the appropriate amount of shame that accompanies them but to ask her to take on the shame for what she didn’t even do doesn’t seem fair.

Not that it’s anything to really be ashamed about, but you know what I mean.

She’s asked me a couple times when it’ll be over—when I’ll be able to stop having to be identified as an addict and I can just be a person who happens not to drink or use but doesn’t make a big deal out of it.

Honestly, I don’t blame her because I feel the same way. I may be an addict for the rest of my life, what with having this disease and all, but that doesn’t have to be my defining characteristic. In fact, I’d like to get to a point where I don’t have to talk about it at all—unless there’s some special reason (or I’m writing this column).

And it’s not that I’m not grateful for my sobriety or I’m in denial about how bad the problem was. But after five years being clean, I’d like to think that I can move on and focus on other aspects of my existence. In a lot of ways, it feels like the battle is over—or more like the war is over. So now I should be able to just live in peace.

That’s one of the things I can’t relate to about Alcoholics Anonymous—this idea that I need to go to meetings for the rest of my life, sharing about stuff that happened years and years ago. Someone who suffers from a severe illness isn’t expected to go to groups a decade later to talk about how bad the illness was.

I guess the difference with alcoholism is that if you mess up and forget you’re an alcoholic and try to drink or use again, everything will fall apart just like it did before. So you—or, in this case, I—have to remember that to drink or use is to lose everything. But, at this point, I gotta say, it doesn’t seem all that hard to remember that. Sure, I relapsed a ton; but I think that had more to do with not believing I actually had a disease rather than just forgetting how bad things had been.

But now that I understand—on a deep, soul level—just how real this disease is for me, the idea that I’d somehow forget that is hard for me to imagine. Really, the only way I could even conceive of a time when I’d use drugs again is maybe if I lost everything and I used as an alternative to suicide. But if that were the case, I can’t see how an AA meeting would make any kind of difference.

Even those circumstances, though, seem almost impossible to imagine. If anything, at 30, I feel too old and tired to use drugs again. Being all meth’d out and manic would be a nightmare. I don’t have any cravings because getting high sounds genuinely terrible. It’s too much running around and acting crazy and being lost in this fantasy where I delude myself into thinking that somehow the drugs are going to take my pain away. But now I see that using only makes that pain about fifty billion times worse.

So do I need to go to meetings to remind me of that?

Do I need to identify myself as an addict for the rest of my life?

Except the only problem is my stupid book.

Thankfully, after a long struggle and quite a few rejections, I finally sold my first novel, Schizo, to Penguin Publishing. The book, mercifully, is not about addiction of any kind, though it is about mental illness—albeit, a fictional character’s. So at least now, when some one asks me what I write, I won’t be trapped talking about my past drug use.

I understand that selling this book is just an external trapping and relatively inconsequential. But I’d like to think it represents something much deeper that has actually changed inside me. I’d like to think that this is a reflection of the truth in me—that I am moving on.

In the AA rooms, I’ve heard people say that we alcoholics are never recovered—that we are always in the process of recovering.

Because to be “recovering” is to be forever sick. And I am not sick today.

I have problems, sure—but I am not sick.

I’m not a victim.

I’m not a patient.

I am a functioning, capable adult and husband and dog and cat owner and one day, hopefully, a father.

I don’t drink or use.

And I have written a young adult novel.

And I will keep writing still.

But not about addiction.

Except, of course, here—for The Fix.

And it’s just one aspect of my full—and often beautiful—life.

Nic Sheff is a columnist for The Fix and the author of two memoirs about his struggles with addiction, the New York Times-bestselling Tweak, and We All Fall Down. He lives in Los Angeles with his wife, two hound dogs, and a cat and has previously written about selling himself for sex and his father David Sheff's book Beautiful Boy, among many other topics.