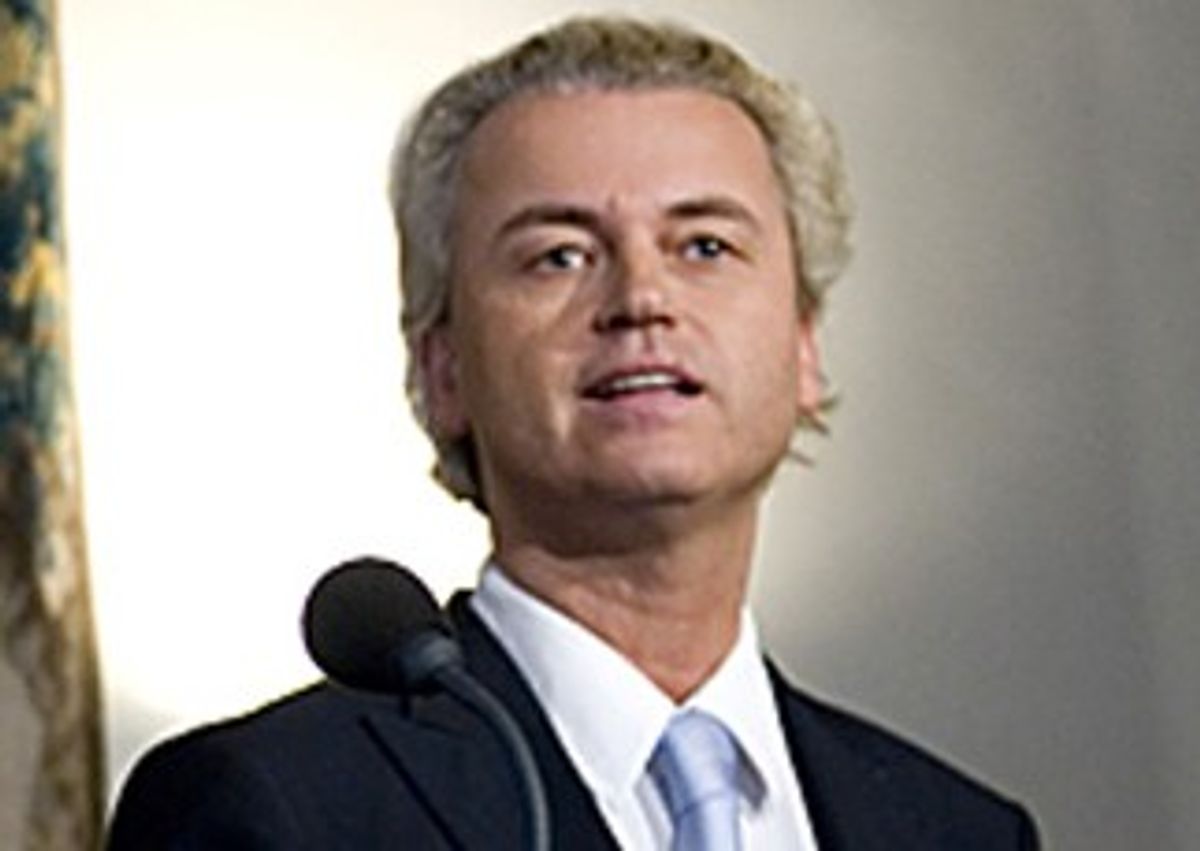 Dutch politician Geert Wilders has always been embraced by the anti-Islam set on this side of the Atlantic, but apparently he's also been getting financial help for some of his legal and bodyguard-related needs.

Wilders, a notorious anti-Muslim activist who once called Islam "the ideology of a retarded culture," has been receiving donations from like-minded groups in the United States. Anthony Deutsch and Mark Hosenball of Reuters report that groups like the Middle East Forum, a pro-Israeli think tank headed by Daniel Pipes, sent money to Wilders' lawyer during his trial for hate speech in 2010 and 2011. David Horowitz, who edits the conservative FrontPage Magazine, paid for Wilders to speak, and for security- and bodyguard-related fees during trips to the U.S. Both Pipes and Horowitz said they did not help fund Wilders' reelection campaign.

Wilders often makes appearances in the United States, and has previously been spotted speaking at events like a free barbecue lunch, hosted by the Tennessee Freedom Coalition, about the "dangers of ‘Islamization,’" and getting talked up as “a modern-day Churchill” by anti-Islam blogger Pamela Gellar at a rally against the so-called "ground zero mosque" in downtown Manhattan.

Wilders wouldn't give details to Reuters on how his legal defense was funded. "I do not answer questions of who they are and what they have paid. This could jeopardize their safety," he said.