Infidelity is about neuroscience, and the brain operations which control the way we value desire, risk and reward 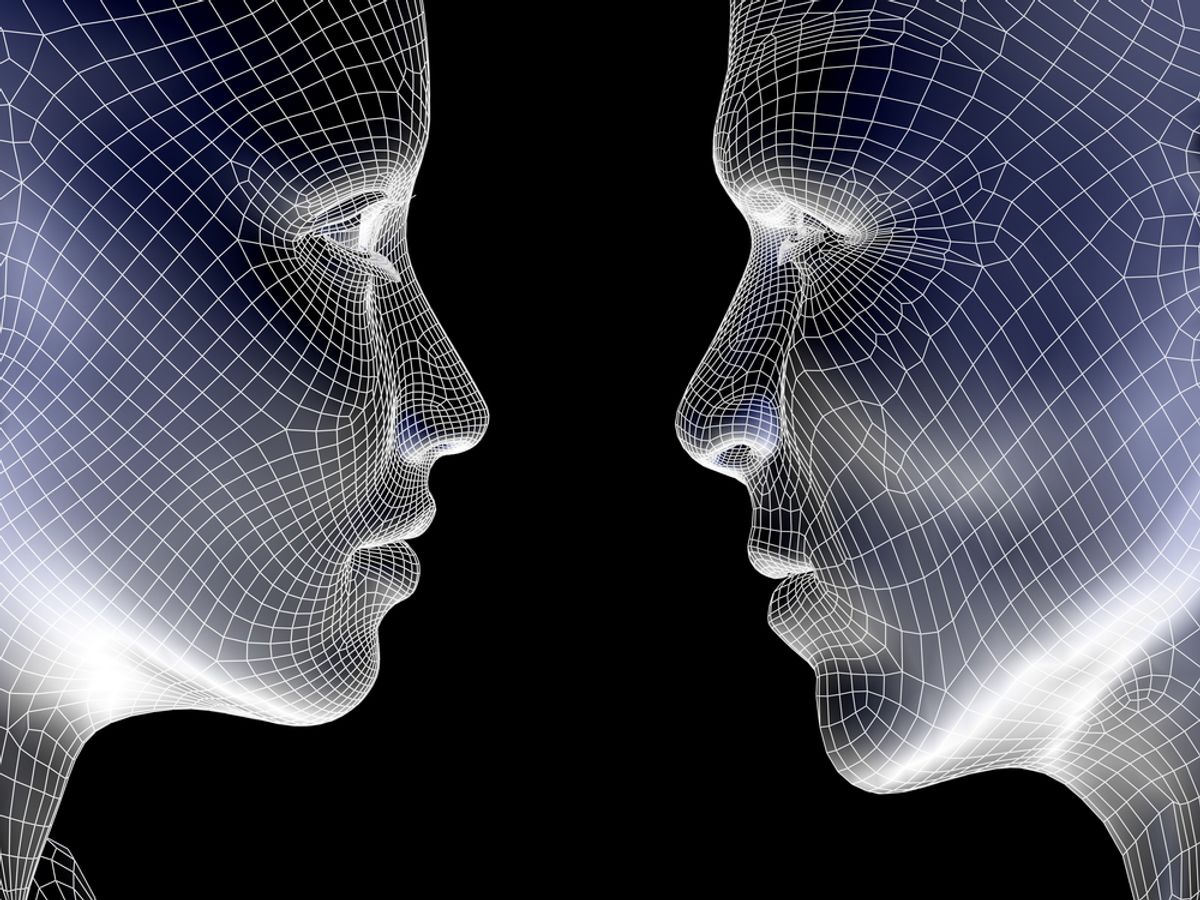 Excerpted from "The Chemistry Between Us: Love, Science and the Science of Attraction"

Suppose you are a young account executive in an advertising agency. One day, you step into the elevator for the ride up to the agency’s offices and you see a beautiful woman. She’s dressed professionally but alluringly, in high heels, a tight skirt, with loose, flowing hair. She’s wearing glasses. You make eye contact and exchange smiles. Oxytocin and vasopressin are released, dopamine trickles into the nucleus accumbens -- the brain's pleasure center -- and you are motivated to make a pass.

You are, however, not a lab animal but a human being, and right now your rational brain is frantically pointing out that you’ve met her before, at your boss’s house. She’s his fiancee. Even if she were not, you’re married, and while your sex life is rather dull, and the old urgency of your first years with your wife has dissipated, you love her. You settle for a friendly nod, a smile, and, when the elevator door opens, you retreat to your desk and sit down with an unconscious sigh.

This is self-control. Your prefrontal cortex has communicated with your amygdala (a region which plays a key role in processing emotions), ventral tegmental area (VTA, where dopamine, a chemical important for motivation and brain reward, sits) and the accumbens, and said “Cut it out!” You have just been confronted with a desire-reason dilemma -- and favored reason.

Human beings are born with a bias toward satisfying immediate rewards, and our ability to counteract that bias in the service of a longer-term goal — like preserving a bonded relationship — when we sense something (sexual opportunity, for example) that sparks our reward circuits, may depend on the strength of the interaction between those circuits and the PFC (Prefrontal Cortex).

There are a number of ways to weaken the PFC-accumbens link. Let’s say it’s now two years from the time you met the woman in the elevator. Let’s also say she’s no longer the boss’s fiancee. And let’s put you on a business trip where you’re staying at the Hyatt out by the airport, and instead of just smiling politely, the gorgeous woman with the glasses says, “Don’t you hate these cookie-cutter hotels?” The next thing you know, you’re in the bar sharing Manhattans and laughing at each other’s jokes, which aren’t even all that funny, but the alcohol is muting your PFC so you’re not being too particular. Her hand touches your shoulder. A little oxytocin is released. A little dopamine trickles into your accumbens, and that sexual appetite that’s gone missing in your marriage pops wide awake. You are not thinking of the price of a divorce lawyer.

Here, animals can help us understand our behavior. Like people, prairie vole males and females will have sex outside the pair-bond. Once male prairie voles are bonded to a female, and their reward centers reorganized, males will attack intruder females. We’ve also said that most females won’t bond to any other male if their partner dies or disappears. What, then, accounts for this paradox?

The male prairie vole’s vasopressin circuitry modulates his attachment to territory and space and helps forge his monogamous bond. A strange female (or a male, for that matter) who wanders in is violating the resident male’s homeland. He didn’t care before being bonded, but now he will attack. If he is out wandering — on a business trip — looking for food to bring home to the wife and kids, and happens to run across a female who’s been brought into estrus by another male, he may not be able to — or want to resist. His appetitive reward system switches on. Afterward, the vole won’t have a partner preference for her — that reorganization of his brain from liking to wanting still socially bonds him to his partner.

The female side of the affair we’ve just described is equally casual. Her estrogen is up because she’s been brought into estrus by the smell of her partner. But she’s alone, now, out looking for food. Or she’s sitting in the nest when her mate’s away. A strange male comes along. Driven by her appetitive desire circuitry, she allows him to mount. Then she comes home, or waits for her male to come home, with no change in her relationship.

Cheating voles and cheating people raise a question that’s central to the paradox of monogamy. If it’s sex you want, why not get it at home? Why take the risk?

Nature has played a trick on us. When a captive male marmoset is first introduced to a female, he becomes a very randy monkey. During the first ten days, he will have sex with his new girlfriend an average of over three times every half hour. The two form a monogamous bond. Sixty days into their relationship, they won’t be having sex at all. But they will be huddling together much more than they did at first. Essentially, says University of Nebraska’s Jeffrey French, who studied this pattern, within 80 days the marmosets “go from being young lovers to an old, married couple.”

Reflective of lowered motivation for pursuing sex, the males’ testosterone drops. So do their stress hormones. Their estrogen, meanwhile, rises. They’ve settled down.

Only 20 percent of married men age 40 to 49 said they have sex “two-to-three times per week.” Women showed similar trends. Many factors affect sexual frequency and motivation, but there’s little doubt that the falloff is neurochemically based. Married men have significantly lower testosterone than single men, just like the marmosets. They have higher estrogen and lower stress hormones. They are bonded and settled. They give back rubs that are just back rubs.

This lack of sex drive that accompanies long- term partnership is one half of a phenomenon discovered about 50 years ago and named, believe it or not, for Calvin Coolidge, the thirtieth president of the United States.

When physical passion disappears, there’s less glue to bind couples over the long haul of life, less excitement, less reward, often less closeness. If there are problems that had been buried under the passion, they can rise to the surface.

The second part of the Coolidge Effect, the rejuvenation of sexual appetite and performance, is a perfect example of the lure of novelty, and therefore an example of the lure of infidelity. It turns out that individual animals and people differ in just how powerful that lure can be when facing a conflict between desire and reason.