Anderson Cooper talks about his decision to come out 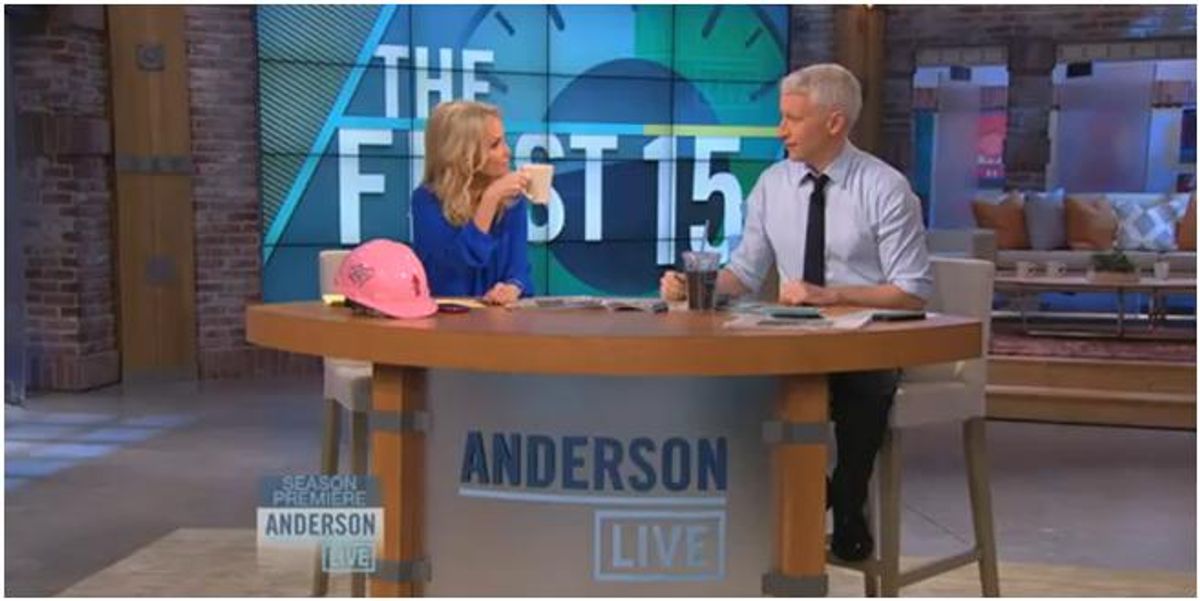 Anderson Cooper and Kristen Chenoweth opened the season's first episode of "Anderson Live" by talking about Cooper's decision to come out earlier this summer. Chenoweth goaded Cooper about his "big summer,"  saying, "I just wonder if you'd like to say, like, I don't know -- you went out a lot. You came out, and talked."

Cooper officially came out via a letter  to the Daily Beast's Andrew Sullivan in July, where he explained his decision to come out:

I’ve begun to consider whether the unintended outcomes of maintaining my privacy outweigh personal and professional principle. It’s become clear to me that by remaining silent on certain aspects of my personal life for so long, I have given some the mistaken impression that I am trying to hide something - something that makes me uncomfortable, ashamed or even afraid. This is distressing because it is simply not true.

Cooper echoed the same sentiments on camera yesterday, reiterating his message on the importance of transparency, "the tide of history only moves forward when everyone is fully visible."