Obama's a supply-sider, too

How Democrats came to believe in Republican economic dogma 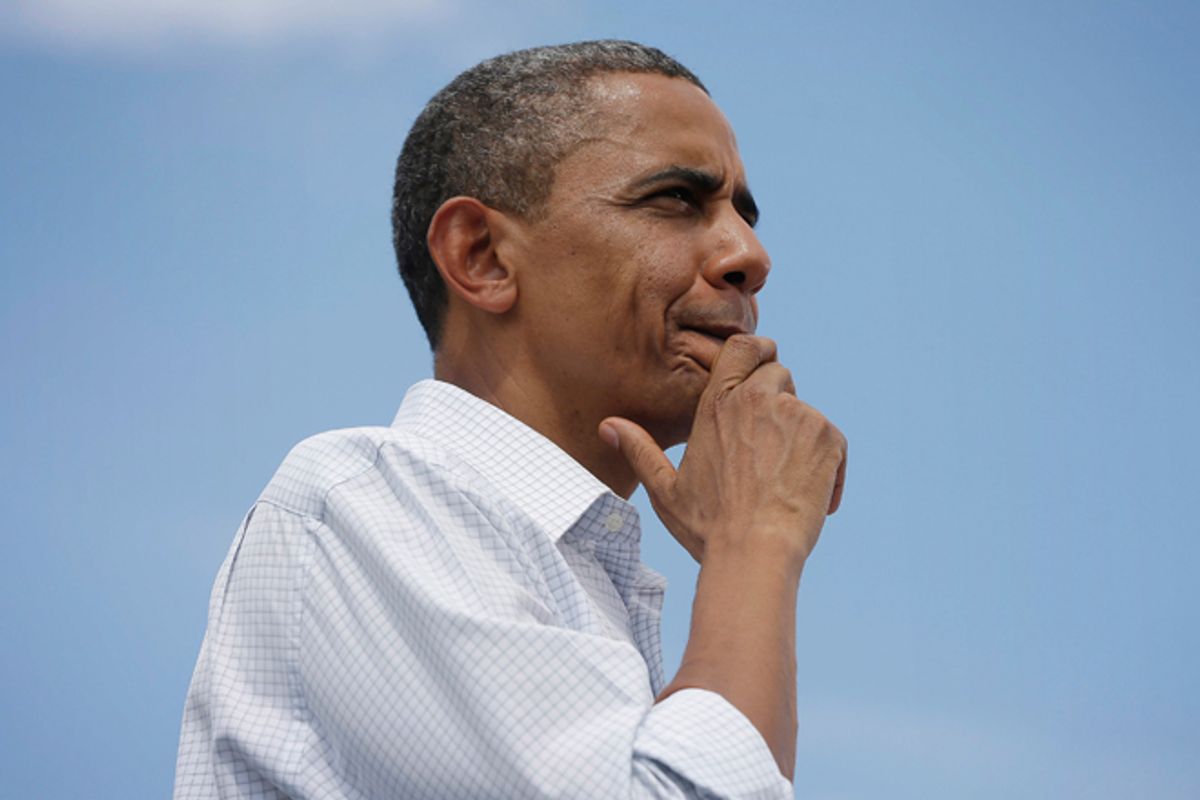 We are enduring a crisis caused by a collapse of demand, and yet America’s national parties can offer only supply-side solutions. That is my melancholy conclusion, following the Republican and Democratic Party conventions.

Both parties agree that the solution to fix the broken economy is on the supply side. They disagree about what is to be supplied.

The Republican theory is that there is a shortage of money for investment. Their proposed solution is further tax cuts for the people who have most of the money — the rich. If their already-low taxes are lowered further, the rich will invest their money in businesses, which will then start hiring people.

The conservative supply-side theory is doubly wrong. First, there is no shortage of money for investment. The world is awash in money from rich individuals, mutual funds, pension plans, sovereign wealth funds. The problem is that all this money can’t find profitable investment opportunities.

Nor do most businesses lack money. American businesses have built up enormous hoards of money. They are not investing that money because they don’t have enough customers.

Those customers are missing, because they are paying down mortgage debt and credit card debt, instead of shopping. As long as they are “deleveraging” — paying down the excessive household debts built up during the pre-Great Recession real estate, credit and stock market bubbles — consumer demand, as a component of aggregate demand, will be depressed. And vast amounts of capital, factory equipment and labor will remain unused on the sidelines, in the absence of rational policy.

And that rational policy would be? When household deleveraging causes private consumer demand to crater for a number of years, government can minimize the time needed to pay private debt down by replacing private debt with public debt (as it has done with much of the financial sector, but not for the most part with households) or by restructuring the debt, forcing creditors and perhaps debtors too to swallow losses (as the U.S. government has failed to do effectively with “underwater” mortgages).

But the arsenal of government policy does not end with speeding up the deleveraging process by reducing debt. During the time that deleveraging takes, government can take actions to fill the gap left by reduced private consumer spending and the related reduced business spending.

Every citizen, including every politician, should be expected to memorize the formula for aggregate demand:

C is consumption; I is investment; G is government spending and (X-M) is the trade deficit or trade surplus, depending on whether exports (X) exceed or are exceeded by imports (M).

To simplify things considerably, if you want to maintain aggregate demand and corresponding levels of employment following a catastrophic drop in private consumption and private business investment, you need to compensate by expanding I, in the form of public investment in things like infrastructure, or expanding G, in the form of increased public payrolls, or moving in the right direction with (X-M) by increasing exports or replacing imports with domestic production.  You might want to do all three — public investment, public employment and import substitution/export promotion — at the same time for a period of years, until households have lowered their debt levels to a comfortable point and private consumer spending can do more to drive the economy once again.

The Obama administration made halfhearted efforts to explain and promote this demand-side agenda and its policy prescriptions. But again and again, Obama and the Democrats settled for a victory on the terms set by Republican obstructionists in Congress rather than risk the defeat of plans that could actually have worked. The stimulus was half the size that Obama’s own economic adviser Christina Romer argued that it should be, half of it was wasted on tax cuts and even that inadequate stimulus was largely neutralized by state and local budget cuts that shrank the economy. Mortgage relief policies have been too little and too late. And the administration’s talk a few years back about doubling exports rings hollow, in the face of its acquiescence in the mercantilist policies of China and other nations that subsidize their industries at the expense of our own.

There is more to this Democratic unwillingness to push demand-side policies than fear of Republican obstruction. The truth is that the post-Clinton Democrats are a post-Keynesian — or rather, a pre-Keynesian — party. Between the administrations of Jimmy Carter and Barack Obama, the lessons that New Deal liberals had learned from the Great Depression about demand-side economics were unlearned. The “New Democrats” of the last three decades adopted a completely new economic orthodoxy: supply-side liberalism.

With respect to education and innovation, I am temperamentally inclined toward what might be called the Mae West theory: “Too much of a good thing can be wonderful.” But the truth is that the neoliberal Democratic mantra of more investment in education and R&D is irrelevant to the present crisis, which, as we have seen, is a crisis of private consumer demand.

The economy did not collapse in 2008 because the job market suddenly required a much more educated workforce.  Nor did the economy collapse in 2008 because technological innovation suddenly dried up in the fall of that year.  It collapsed because a financial panic, triggered by the demise of Lehman Brothers, created a classic financial panic, resulting in a sharp drop in spending by consumers who were suddenly worried about keeping their jobs and paying down their overhanging debts.

The education-and-innovation mantra is irrelevant to the present situation in another way.  Any gains to the economy from improvements in education and innovation policy will not occur for years or decades to come.  That is not to say that more or wiser public investment in both areas is not justified.  But to chatter about education and innovation, during today’s prolonged post-bubble demand-side crisis, is like telling a mangled, bleeding car accident victim in a hospital emergency room that now is the time to start thinking about upgrading career skills.

Neither of our supply-side parties, then, has anything useful to say about the present demand-driven crisis. Cutting taxes on the rich won’t dramatically bring down unemployment. Neither will neoliberal experiments with charter schools or tax credits for more R&D.

Demand-side centrists would support a massive, multi-year program of investment in new and upgraded infrastructure, paid for, like other capital improvements projects, by borrowing — particularly at this moment of historically unprecedented low interest rates. Investments in superior transportation, energy and communications grids that improve economy-wide productivity help to pay for themselves, while putting idle capital and idle labor to work. The proposed National Infrastructure Bank could help select projects and mobilize capital, while revived Build America Bonds (BABs) could help state and local governments finance their own infrastructure enhancements.

Demand-side conservatives might include the sizable faction of trade hawks in the Republican Party, who do not understand why we allow the corrupt Chinese dictatorship to bribe American corporations and target American industries for destruction, even while we are ramping up our military containment of China. Between elections, when Democrats and Republicans cynically pay lip service to insourcing, the corporate appeasers of Chinese state capitalism in both parties tend to prevail over Republican and Democratic trade hawks. Conservative trade hawks would be part of any demand-side coalition, given the role that import substitution could play in restoring domestic demand in our depressed economy.