The company unveiled the device at an event in San Francisco 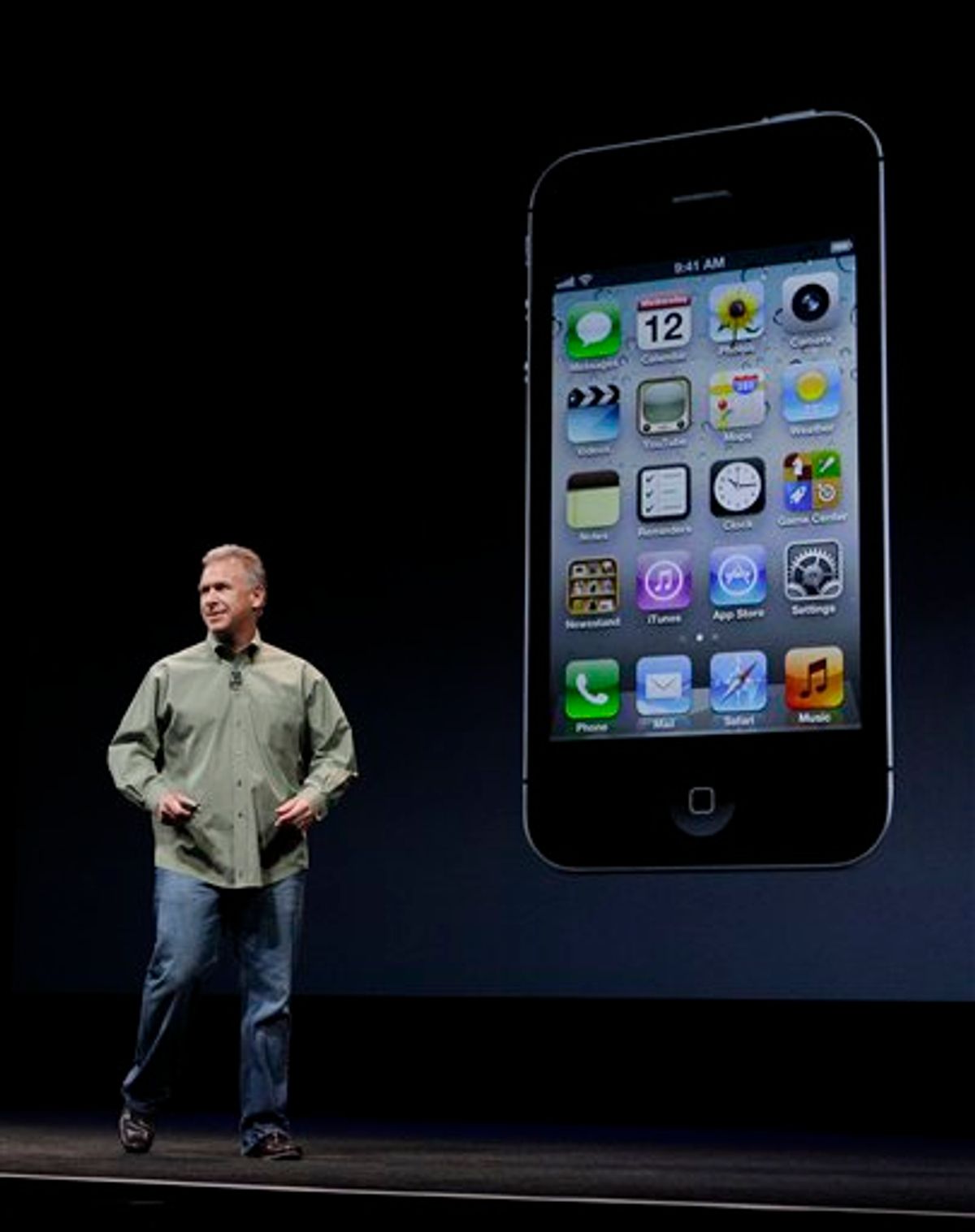 Apple Inc. on Wednesday unveiled the iPhone 5, and says it's thinner and lighter than the previous model, even though it has a bigger screen.
As expected, the screen is taller than on the iPhone 4S, making room for another row of icons.

It will also come with the capability to connect to the fastest new wireless data networks, both in the U.S. and overseas. That's another feature that was widely expected. Some competing phones in the U.S. have had this ability for a year and a half.

Thanks to new technology that eliminates a separate touch-sensing layer in the screen, the phone is 18 percent thinner and 20 percent lighter, said Apple marketing head Phil Schiller.

He spoke at an Apple event in San Francisco.
Here's a running account of the event, presented in reverse chronological order. All times are PDT. Appearances are made by CEO Tim Cook, Philip Schiller, the senior vice president for worldwide marketing, and others.
___

10:50 a.m.
The new phone software promises enhancement to email. You can deem certain people "VIPs" and flag emails from them so you can go back to them more easily.
Apple also demonstrated Passbook, a central place to keep your boarding passes, tickets and gift cards.
It's improving Siri, which is supposed to get better at fielding questions about movies, restaurants and other things. Apple is partnering wtih OpenTable Inc. to make reservations, for instance.
The new software also has a better tie-in with Facebook. You can talk to Siri to post a status update, for instance.
And Facetime video calls will work over cellular networks for the first time. It had been limited to Wi-Fi connections.
The new phone will come in black and white.
___
10:45 a.m.
As previously announced, Apple is releasing a new version of its phone software, iOS 6. It will have a new mapping software, as Apple ditches the one from Google it had been using. The new software will have turn-by-turn voice navagation — a feature Google had limited to Android versions of its mapping app.
Apple says the phone's virtual assistant, Siri, will be giving the directions.
___
10:40 a.m.
The new iPhone has three microphones instead of two. They are located on the back, the front and the bottom. It also comes with a noise-cancelling earpiece for better sound.
One big change: The iPhone is getting a new connector to attach to computers and chargers. It had been using the same one from the iPod. Schiller says the old connector has "served us well for nearly a decade, but so much has changed."
That means the new iPhone won't be compatible with old accessories, though Schiller says accessory makers are already working to update their products. Apple will sell an adapter to work with older accessories.
___
10:35 a.m.
Schiller says the new phone will have a battery with eight hours of talk time and eight hours of Web browsing. It will have an 8-megapixel camera, with special features to eliminate noise in images and perform better in low light. There's also a feature that lets you stitch multiple images of a landscape for a panoramic view.
___
10:25 a.m.
As expected, the new phone will be capable of using the faster 4G cellular networks known as LTE. Sprint, Verizon and AT&T will support it in the U.S. Apple says the iPhone 5 will have faster Wi-Fi, along with a faster processing chip.
___
10:15 a.m.
The new phone is made entirely of glass and aluminum. Apple calls it its thinnest and lightest yet, at 7.6 millimeters (0.3 inch) thick and weighing 122 grams (4.3 ounces). It's 18 percent thinner than the iPhone 4S and 20 percent lighter. It also has a bigger screen, measuring 4 inches diagonally.
___
10:12 a.m.
Schiller introduces the iPhone 5.
___
10:10 a.m.
Cook gives an audience of journalists, analysts, bloggers and other guests a review of Apple's achievements.
He says the company now has 380 stores in 12 countries, with one opening in Sweden on Friday to make 13.
Cook recalls the summer launch of a new operating system for Mac computers, known as Mountain Lion. He says 7 million copies have been downloaded so far. He says Mac computers are selling well, as are Apple's iPad tablet computers — 84 million so far.
He pokes fun at tablets from rival companies: "I don't know what these other tablets are doing," he says, suggesting they are probably being kept in drawers somewhere.
That remark drew laughter.
___
10 a.m.
Cook is on stage and showing an Apple store in Barcelona.