“It is sad to see some people trying to take advantage of the situation for political issues," he tells Salon 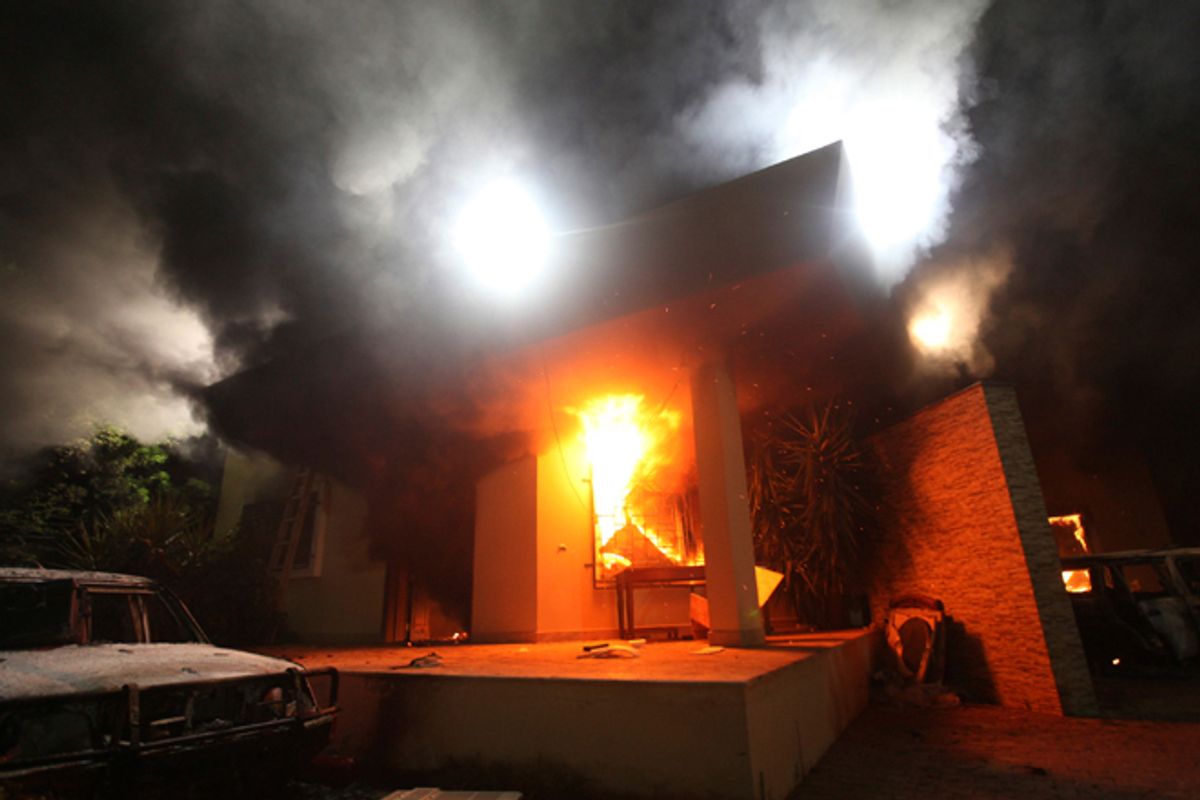 The U.S. Consulate in Benghazi is seen in flames during a protest by an armed group said to have been protesting a film being produced in the United States September 11, 2012. (Reuters/Esam Al-fetori)
--

Ali Aujali, Libya’s ambassador to the U.S., spoke movingly of his late counterpart, Christopher Stevens, and said it was “sad” to see some in the U.S. politicizing the tragedy. Speaking with Salon after a press conference in Washington organized by the Islamic Society of North America, Aujali also said he thought the U.S. Embassy in Cairo did the “right thing” by issuing a statement condemning an anti-Islamic video, a statement that has since been disavowed by the Obama administration and sparked bitter condemnation from Mitt Romney.

Asked about the U.S. political fracas that has erupted since Romney attacked Obama’s handling of the protests in Cairo and Benghazi, Libya, last night, Aujali said he hoped it would be a time for unity. “I’d like to see very much the American people come together and help the Libyan people together, either Republican or Democratic,” said Aujali, who called Stevens a dear friend and his tennis partner.

“It is sad to see some people trying to take advantage of the situation for political issues. But I’m not maybe the right person to make a comment on that," he added.

Romney criticized the statement that came from the U.S. Embassy in Cairo because he felt it “apologized” to the Islamist protesters outside the gates (they had not, as Romney claims, breached the embassy walls at the time the statement was issued). But Aujali sees it differently.

“And I think that the statement that was issued in the American Embassy in Cairo, it was a good statement ... The embassy, they tried to avoid this kind of protest, and I think that was the right thing to do,” he said.