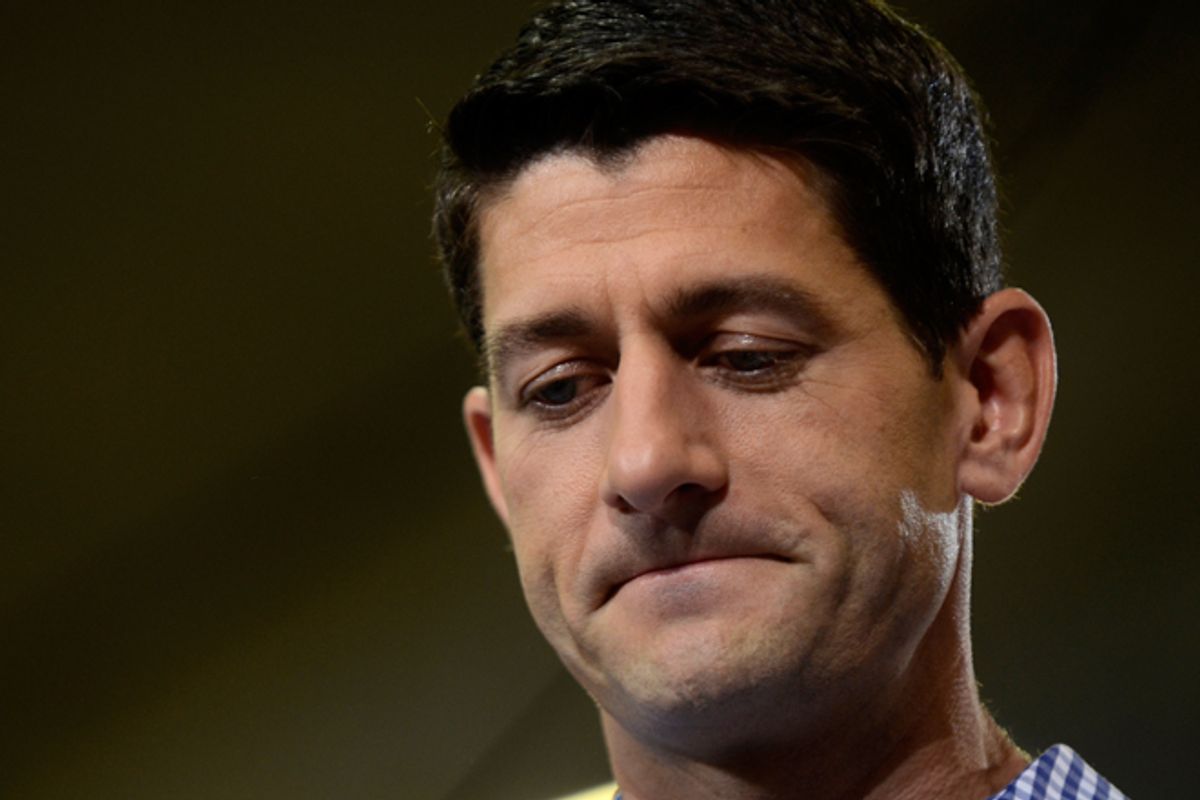 Rob Zerban, the Democrat running against Rep. Paul Ryan, has been trying to make the case that he has a real shot at taking down one of the GOP's most visible leaders, and his campaign is now touting a new poll showing the race is closer than most expected.

The internal poll, provided to Salon ahead of its release, shows Zerban behind by just 8 points among likely voters when respondents were read a "profile statement" about the candidate. FM3 Research, which conducted the survey, wrote in a memo, "Paul Ryan is not the overwhelming favorite in the 1st Congressional District race … Rob Zerban remains a credible challenger." After respondents were read the statement, 39 percent indicate they will vote for Zerban, while 47 say they will vote for Ryan. Another 4 percent went for a third-party candidate while 11 percent were undecided.

Zerban's campaign argues that its poll, by giving people a bit more information about the Democrat, shows the potential their candidate has once he increases his name recognition and spreads his message to more voters. Given that most voters in the district still do not know Zerban, there is opportunity for him to improve his standing as his name ID increases. "As Zerban initiates a more active communications and outreach program over the next few weeks and voter attention toward the November election intensifies, we anticipate the race for the 1st Congressional District will tighten and it will become a very competitive campaign," the polling memo states. The poll of 404 likely general election voters in the district was conducted the week before the Republican National Convention, between Aug. 21 and 23, via both land line and cellphones, with a margin of error of 4.9 percent.

Yesterday, Ryan announced that he is launching a $2 million ad buy, something unprecedented for a congressman who has barely spent over $2 million total in previous election cycles. The Zerban campaign saw it as a sign that Ryan, who has never faced a very credible Democratic challenger, is nervous about his prospect in the district this year.

The poll comes just a day after Ryan released his own internal poll that was meant to show his election is inevitable. Ryan's survey showed him up 25 points, beating Zerban 58 to 33 percent. That's a drop from a June internal poll, which found the race at 63 to 29 percent. Considering the expectations behind Ryan and the resources in his favor, anything showing the race to be less than a blowout is surprising and likely not welcome at Ryan HQ.