Bob Dylan defends himself against plagiarism, calling his critics "wussies and pussies" 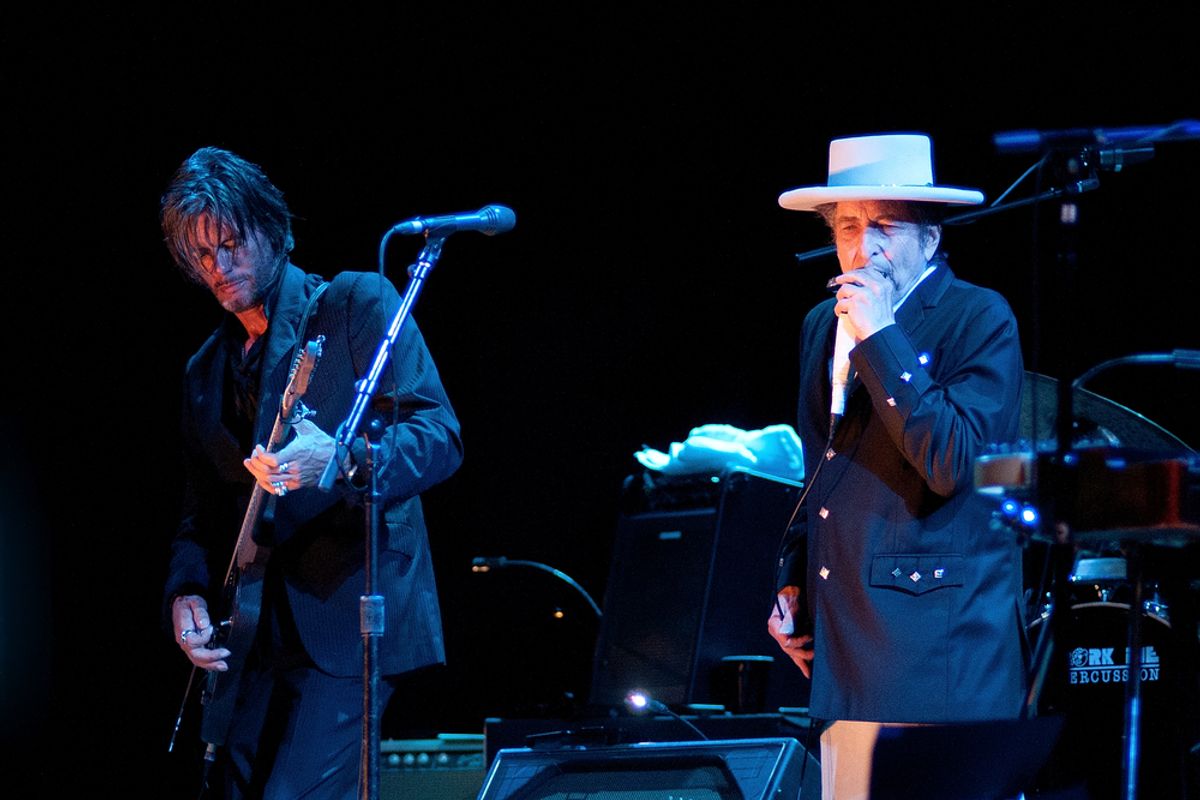 Long before Jonah Lehrer plagiarized text and fabricated Bob Dylan quotes for "Imagine," Bob Dylan himself stood in the middle of several copycat controversies (some baseless, others not so much). The singer-songwriter can get touchy about it, too: He was surprisingly dismissive when discussing Shakespeare in relation to his most recent album, "Tempest," which came out yesterday, telling Rolling Stone, "Shakespeare's last play was called 'The Tempest.' It wasn't called just plain 'Tempest.' The name of my record is just plain 'Tempest.' It's two different titles."

But if Dylan seemed overly defensive then, he goes far on the offense this month. In an interview in this Friday's issue of Rolling Stone, he calls critics who accuse him of borrowing lyrics "wussies and pussies." Below is an excerpt:

Rolling Stone: I want to ask about the controversy over your quotations in your songs from the works of other writers, such as Japanese author Junichi Saga's Confessions of a Yakuza, and the Civil War poetry of Henry Timrod. In folk and jazz, quotation is a rich and enriching tradition, but some critics say that you didn't cite your sources clearly. What's your response to those kinds of charges?

Bob Dylan: Oh, yeah, in folk and jazz, quotation is a rich and enriching tradition. That certainly is true. It's true for everybody, but me. There are different rules for me. And as far as Henry Timrod is concerned, have you even heard of him? Who's been reading him lately? And who's pushed him to the forefront? Who's been making you read him? And ask his descendants what they think of the hoopla. And if you think it's so easy to quote him and it can help your work, do it yourself and see how far you can get. Wussies and pussies complain about that stuff. It's an old thing – it's part of the tradition. It goes way back. These are the same people that tried to pin the name Judas on me. Judas, the most hated name in human history! If you think you've been called a bad name, try to work your way out from under that. Yeah, and for what? For playing an electric guitar? As if that is in some kind of way equitable to betraying our Lord and delivering him up to be crucified. All those evil motherfuckers can rot in hell.