The sex columnist has urged people to be "game for anything." New research says that means happier relationships 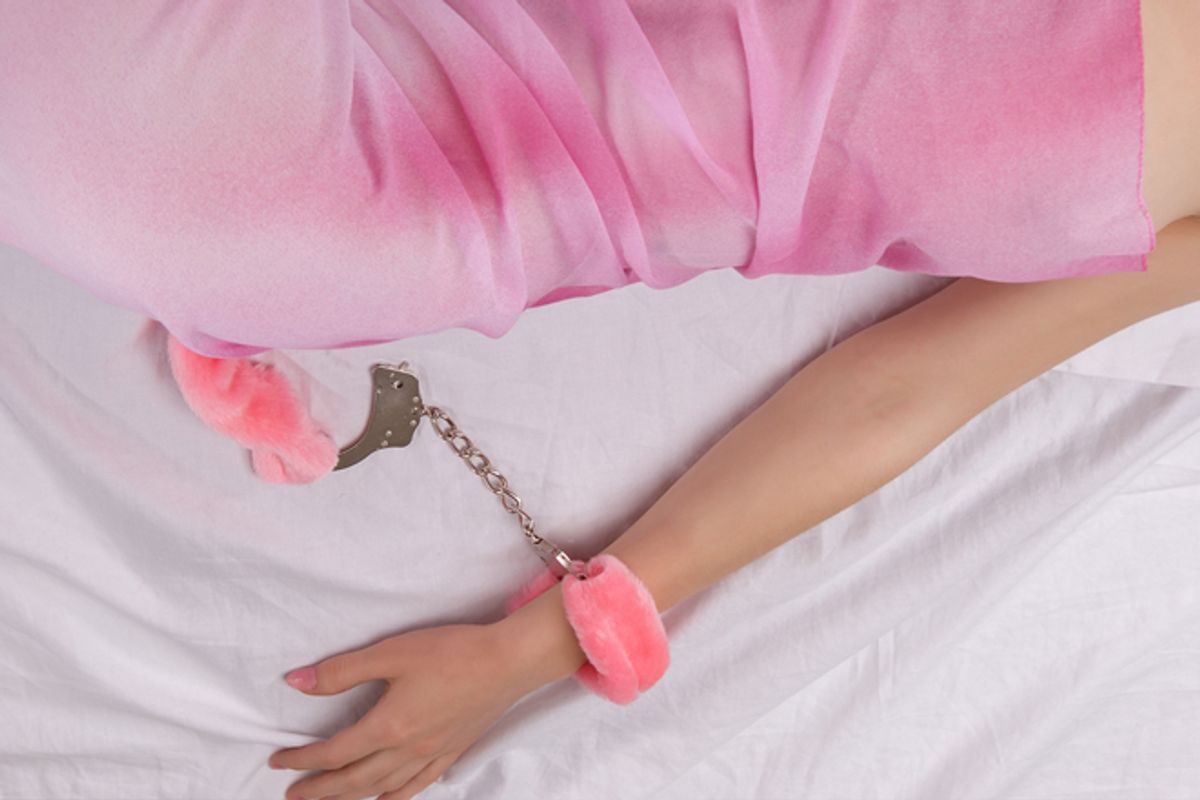 Five years ago, sex columnist Dan Savage suggested that, when it comes to sex, we should all aim to be GGG (“good, giving, and game … Think ‘good in bed,’ ‘giving equal time and equal pleasure’ and ‘game for anything – within reason'"). Long embraced by his readers, the GGG approach now has support from a new scientific study published in the Journal of Sex Research.

Of course, we’ve known for years that technique (for example, clitoral stimulation for women, incorporating certain sexual behaviors for either sex) matters to couples. And certainly inequitable pleasure is never a good thing, even though it persists (as I discussed in last week’s column, research shows that women are particularly prone to getting shafted in the orgasm department during hookup sex).

What this new study from researchers at the University of Arizona and Hanover College adds, at least from my perspective, is the additional layer of understanding of how being “game for anything – within reason” contributes to intimacy and satisfaction.

To be fair, the researchers didn’t actually examine the GGG phenomenon. They didn’t use the term “GGG,” nor did they use the phrase “game for anything” anywhere in their research paper. Rather, they studied what they call “sexual transformations” – sexual changes that people make for the sake of their partner or their relationship. But as a scientist myself, I’m going to go out on a limb and pronounce the term “sexual transformations” to be the nerdier first cousin to the slightly cooler third G in the trifecta: “being game for anything – within reason.”

In examining sexual transformations, the researchers recruited 96 couples (all male-female) and asked them questions about changes they had made for their partner in terms of how often they have sex, the kinds of sexual activities they engage in, communicating about sex and intimacy. They also asked participants how they felt about these changes and how often they engaged in affectionate behaviors with each other, such as hugging, cuddling and kissing.

So what did they find? Interestingly enough, participants’ own sexual transformations weren’t linked to their relationship satisfaction. In other words, being game yourself wasn’t the key to your own satisfaction. Rather, women and men reported higher levels of relationship satisfaction when their partners said they’d made more “sexual transformations” (when their partners had been game for more- or less-frequent sex, trying new sexual activities, etc). I’m going to guess that, at least in part, this may be because when one’s partner adapts to your needs, you’re likely to feel heard, special, rewarded, valued, or – at the very least -- you get to do the things you want to do, sexually.

Feelings about sexual transformations mattered, too. Men and women who felt more positive about the sexual changes they made generally reported higher levels of relationship satisfaction. To me, this aspect of people’s feelings about their changes goes back to being game – after all, being “game” for switching up one’s sex life isn’t about begrudgingly going down on someone or role-playing with a bored look on one’s face. Being game is about being willing to give something a whirl, and happily so. It’s about bringing your A-game to bed, about not knowing how you’ll end up feeling about it but being willing to give it your best shot, with an open mind and heart.

The researchers also found that women and men in the study who reported engaging in more intimate behaviors – that is, warm, tingly stuff like hugs, kisses, cuddles and massages – reported higher levels of relationship satisfaction. This lines up well with other recent research that has found kissing, cuddling and touching to be linked with sexual satisfaction.

The bottom line seems to be that there’s much to be gained when it comes to sex if one keeps an open mind, is willing to try new sexual things for a partner, and if a couple can express their affection with each other. The authors note, too, that even small changes may ultimately help to enhance a couple's relationship.

That said, this study painted with pretty broad brush strokes, which means the results are mere hints at the bigger picture. That’s not a bad thing; it’s exactly what scientists need to do when they’re first looking into a new-ish area of study. Now that the big questions have been asked -- for example, about about how often partners have sex or the types of sexual activities they engage in -- there are more precise clues for future scientists who want to work in this area.

After all, there’s not just one way to change sexual frequency. One can have sex more often to please a partner. Or, the one who wants sex more often can decide to initiate sex less often than they’d like so that their partner feels less pressured. I can imagine situations in which either change could enhance a couple’s relationship.

Having worked as a sex researcher, educator, columnist and author for more than a decade, I’ve also heard from my fair share of women and men who say it’s not about overall frequency, but a mix of frequency and timing. Some people make changes to how often they initiate or respond to sexual advances at specific times of the day, such as at night versus in the morning. One couple I know found a nice balance when they saved much of their sex for the weekends, when they had more energy and were more often relaxed than during the work week. A willingness to be flexible about the way sex happens, including the when, how, where and how often, can matter greatly to a couple’s happiness.

Then there are sexual activities. We don’t know from this study, but it may be that people are more or less likely to be flexible about certain sexual activities. Or that openness to certain activities matters more than it does to others. Consider oral sex, which, according to my Indiana University team’s research and that of others, most sexually active adults have tried. And yet, I often hear from people who have a partner who won’t go down on them. I also hear from people who have a partner who wants very much to go down on them, but they themselves aren’t into receiving. An openness to performing or receiving oral sex could be a lovely thing for those who want it. Similarly, an openness to not engaging in oral sex – and perhaps instead to doing something else together (for example, using sex toys together, opting for hand stimulation, intercourse or cuddling on the sofa) – can be a lovely thing for others.

The present study also didn’t report on other ways that people in relationships make sexual transformations. A growing body of research I’ve seen at scientific meetings explores how some monogamous couples, over time, change the “rules” of their relationship, opening it up. Some allow for their partner to kiss or make out with others. Other couples opt for threesomes or visits to sex parties together. And some develop a comfort level with themselves or their partner having full-on relationships with other women or men.

Nearly all couples have different wants and needs, likes and dislikes, when it comes to sex. And that’s OK. Very few couples line up exactly in terms of how often they want to have sex, the positions they want to twist their bodies into, how long they want to spend from kissing to falling asleep, and the types of sex they want to engage in. What matters is how couples fill in those gaps -- how they make changes for each other, how they feel about and approach the ways they’re willing to bend, and how they stay connected through affection. It’s all OK – or at least it can be, if you and your partner are willing to take a cue from Dan (and now from scientists) and give the third G an honest shot.