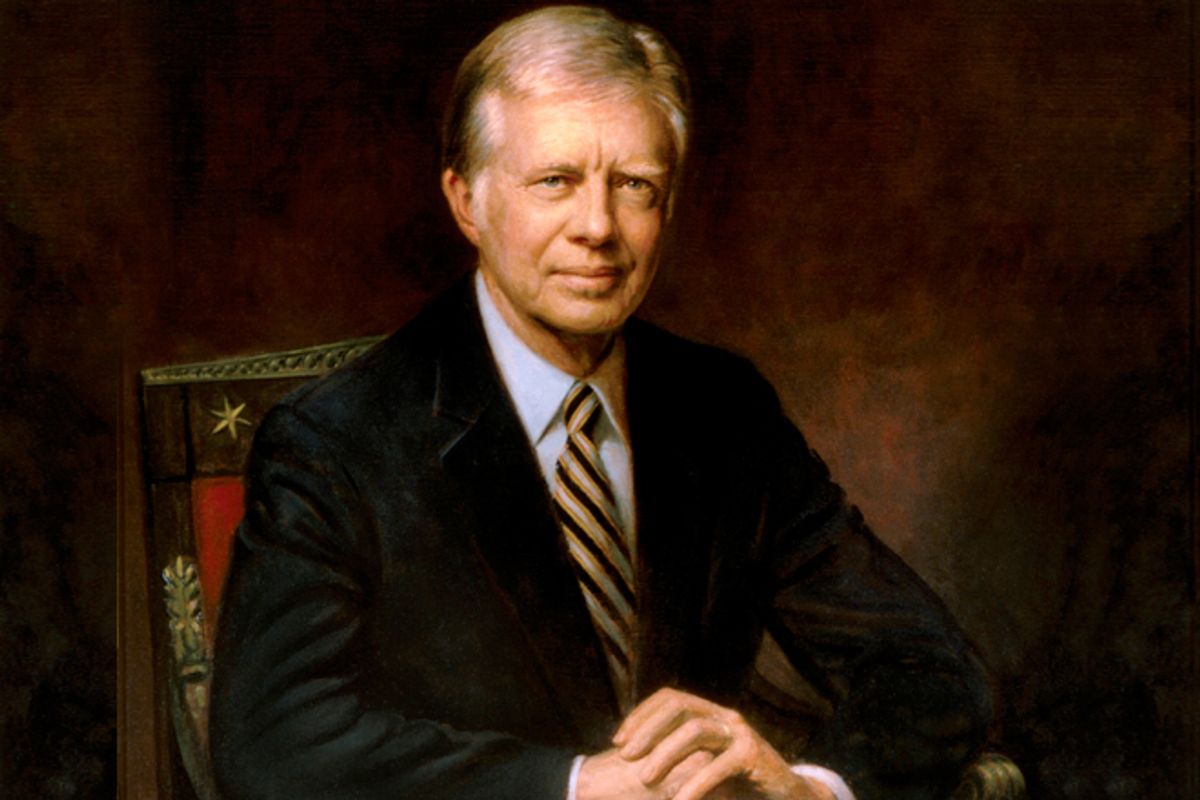 The Paul Ryan selection and the Republican National Convention failed to lift Mitt Romney over Barack Obama in the national polls (or the swing state polls, for the most part), but conservatives aren't panicking: They're just retreating deep into fantasy. The dream, this time, is 1980, when their favorite American Folk Hero, Ronald Reagan, defeated a terrible troll named Jimmy Carter.

They are aided, in this new round of fantasizing, by two depressing developments: a crappy economy with few signs of short-term improvement, and violence at American embassies and consulates in Arab nations. Unfortunately for Republicans, Mitt Romney, for all his wonderful qualities, is not Ronald Reagan, or even remotely Reaganesque. So the best they can do is to make Obama appear Carter-esque and hope that's sufficient. To that end, here is A Children's Treasury of Conservative Commentators Pretending It's 1980:

I'm convinced! 1980 is going to happen again, and after his second amazing term Mitt Romney will eventually have all the airports renamed for him.

(As people outside the conservative bubble hopefully already know, by this point in 1980 Reagan was already leading according to an average of national polls. At Nate Cohn points out, "Reagan held a lead from mid-September onward and had a two or three point lead heading into the debates. " Romney does not have a two- or three-point lead at the moment, and in fact he's never had one.)