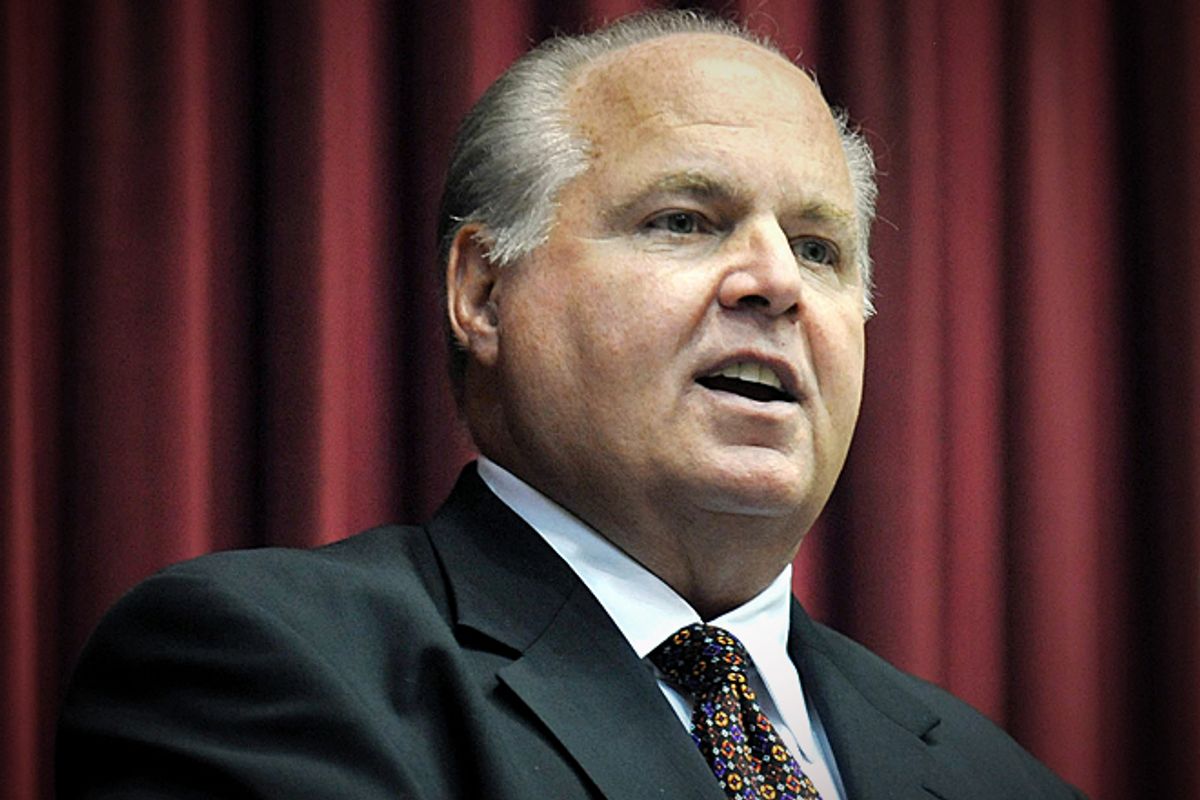 Polite and serious pundits were shocked when Mitt Romney suggested, and RNC Chairman Reince Priebus outright declared, that President Obama "sympathized" with those who killed American diplomats in Libya. But anyone familiar with the alternative universe version of Obama created by the right shouldn't be too surprised. As TPM's Josh Marshall wrote, the charge was "picked wholesale from the right-wing blogosphere."

It's now taken for granted on the far right that the statement issued by the U.S. Embassy in Cairo condemning the anti-Islamic film that sparked the violence (which was expressly not authorized by the Obama administration) is tantamount to "apologizing to Al-Qaida," as Fox News host Steve Doocy said this morning. But for those prone to believe Obama is a secret Muslim radical, or at least feckless enough to sympathize with them, there's always been that one key bit of evidence that even a heavy does of cognitive dissonance can't ignore -- Obama authorized the mission that killed bin Laden.

Well, Rush Limbaugh today finally offered a Unified Theory of Obama's Radical Muslim Sympathies, with a clever workaround for the bin Laden thing: Al-Qaida intentionally "gave up Osama Bin Laden" in order to "mak[e] Obama look good." The "wild theory," as Limbaugh himself call it, flagged by Media Matters, says al-Qaida wants to keep Obama in power because the Democrat is bad for Israel, so Islamists have a better chance of destroying the country than under a Republican president:

What if Ayman al-Zawahiri and other al-Qaida leaders gave up Osama Bin Laden for the express purpose  of making Obama look good? Giving Obama stature, political capital. Obama got Osama! I mean really, do you think al-Qaida depends on Osama Bin Laden any more, like it did?... So they give him him, they give away his location. We go in, SEAL Team 6, Obama puffs up... Keep him in power, furthers the cause... Do you think the militant Islamists will be as hopeful of getting rid of Israel with a Republican president or with a Democrat president? Just throwing it out there.

The theory neatly ties together all of the big narratives of the right's alternative cosmos version of Obama. And while it's not surprising that the blogs and Rush Limbaugh would advance such nonsense, it's disappointing to see the party's two nominal leaders -- the presidential nominee and party chairman -- cynically latch on to the bogus charge in a time of crisis.