Pictures from a pro-America Libyan rally

Libyans rallied in Benghazi to condemn Tuesday night's attack and show support to the U.S. 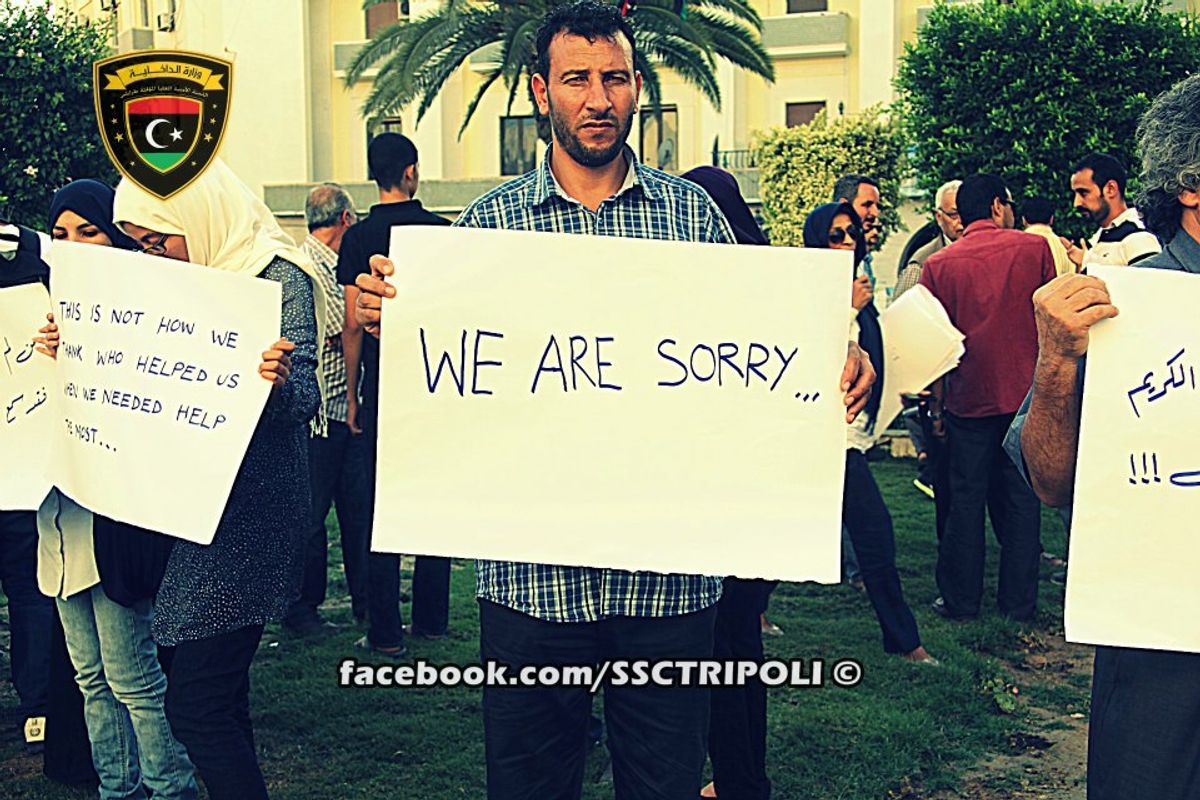 Libyans are upset over Tuesday night's attacks, too. In Benghazi there was a pro-American rally to honor the memory of Christopher Stevens, the U.S. ambassador killed in the attacks, and to apologize for the heinous actions of a few.