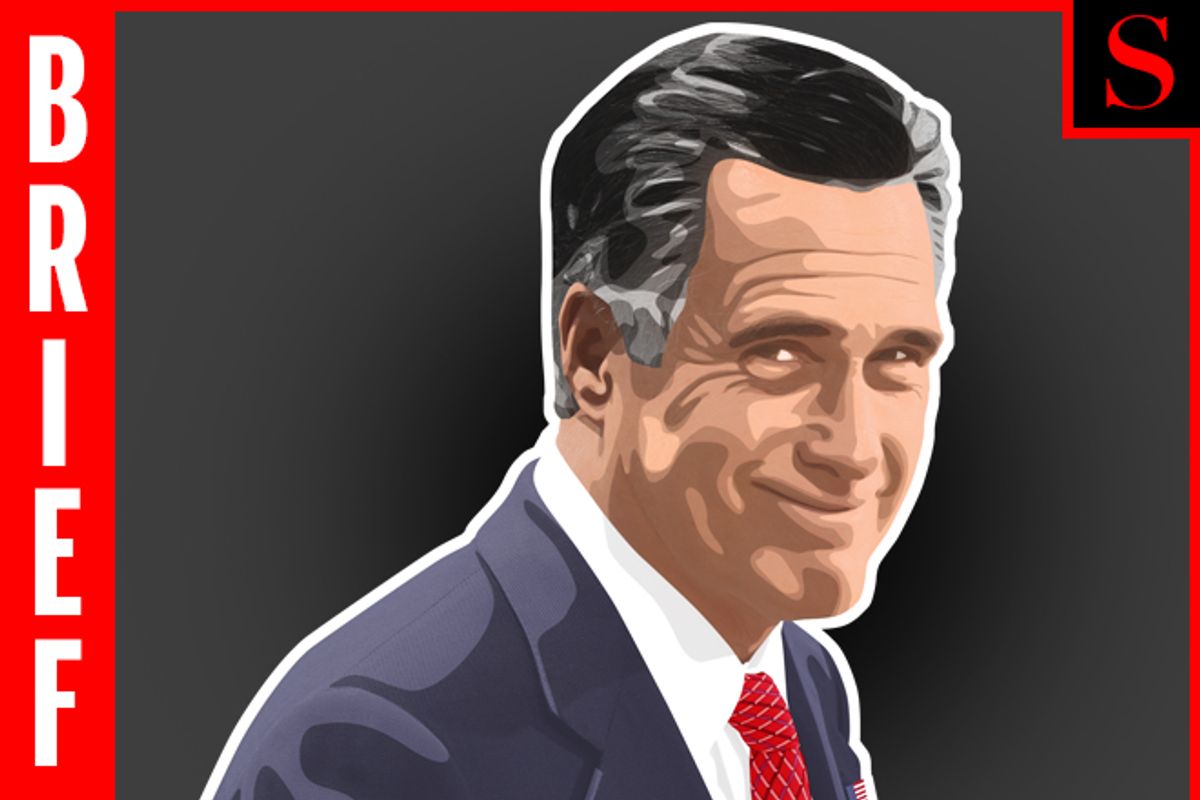 Consulates are not embassies: It went mostly unnoticed at the time, but in Mitt Romney’s televised statement yesterday on the attacks on U.S diplomatic missions in the Middle East, he repeatedly referred to “our embassy at Benghazi.” There is no U.S. embassy in Benghazi. Embassies are only in capitals, Tripoli, in the case of Libya. The attack was on a U.S. consulate in Libya’s second city.

Pro-America demonstrations: Protesters stormed the U.S. Embassy in Yemen, where fortunately no one was injured. Meanwhile, after the attack in Benghazi, a number of demonstrators turned out with completely different messages -- apologetic, pro-American, and anti-al-Qaida. Some read “we are sorry” in English and Arabic. Another English sign read, “Thugs are killers don’t represent Benghazi or Islam.” Another read, “Chris Stevens was a friend to all Libyans,” referring to the slain U.S. ambassador. Others in Arabic read, “No no no to al-Qaida.”

Income gap widens: The income gap between the wealthiest 20 percent of American households and the rest of the country grew sharply in 2011, according to census data released yesterday. Income for the top fifth of American households rose by 1.6 percent last year, driven by even larger increases for the top 5 percent of households, while middle-class households saw declines and the bottom income rungs stagnated. The weak economy has failed to produce jobs or income growth for the middle, while the wealthy have been doing fine. “You’re really struck by the unevenness of the recovery ... The top end took a whack in the recession, but they’ve gotten back on their feet. Everyone else is still down for the count,” said Harvard economist Lawrence Katz.

Obama's moneymen and -women: The Obama campaign is relying on large donors to a larger degree than its image would let on. While both in 2008 and this year Obama has tried to champion his reliance on small contributions from a vast network of grass-roots donors, internal documents obtained by the New York Times show that  top “bundlers” -- people who gather checks from friends and business associates -- raised or gave at least $200 million through the end of May, close to half of the total up to that point. The documents also show the kinds of extravagant perks offered to top donors, especially at last week’s Democratic National Convention.

Romney imperiling Senate candidates: Roll Call reports that the prospect of Republicans' taking control of the Senate is looking increasingly distant, after Rep. Todd Akin’s candidacy blew up and as Romney’s declining poll numbers may drag down down-ballot candidates with him. Winning the Senate will likely mean Republicans need to win in states that Obama won in 2008, so presidential ticket performance will be especially important. But so far, Romney hasn’t been a help down the ticket. He’ll need to surge both to save himself and the GOP’s prospect of taking the upper house.