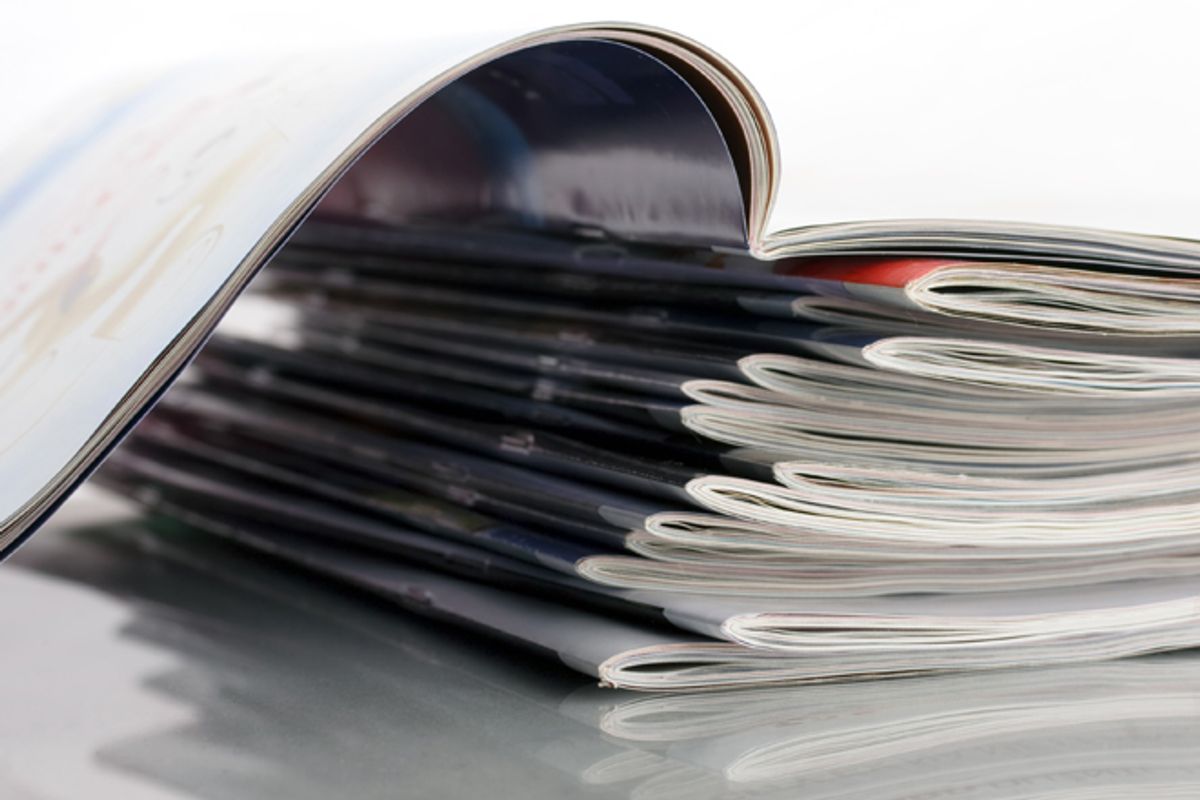 When thinking about things that sexually empower women, Cosmopolitan is one of the very last to come to mind. The magazine is infamous for selling ways to please your man and spice things up in the bedroom -- neither of which are awful aims, there’s just something terribly superficial, and misguiding, about the never-ending flow of need-to-know tips and tricks.

However, a counterintuitive study suggests that raunchy women’s magazines like Cosmo actually cause women to prioritize their own sexual desire. On a more ambiguous note, the research also found that women who read such rags see sex as less risky.

The study, titled “Striving for Pleasure Without Fear,” took a bunch of undergraduate women and had them read sex articles in lady mags (the control group read Entertainment Weekly). As the study reports, “Participants briefly exposed to Cosmopolitan more strongly endorsed a view that female sexual assertiveness is for a woman's own pleasure,” as opposed to a man’s pleasure. That's just about the opposite of what Cosmo's drive-your-man-wild headlines would suggest. They were also less likely “to view premarital sexual intercourse as risky," which could be good or bad, depending on your perspective -- "and were more supportive of sexually assertive women who prioritized their own pleasure.”

The authors concluded, "Our results suggest that the complex and sometimes conflicting representations of female sexuality proliferating in the mass media and popular culture could potentially have both empowering and problematic effects on women’s developing sexual identities." Way to commit there.

How any of this translates into real-world behavior -- and whether it holds up over time -- is a question for another study to answer. (It'd be especially fun if that study compared the influence of Cosmo to, say, "Our Bodies Our Selves.") But for now, we have yet another example to add to the late Helen Gurley Brown's "complicated feminist legacy."