50 days left for a Romney miracle 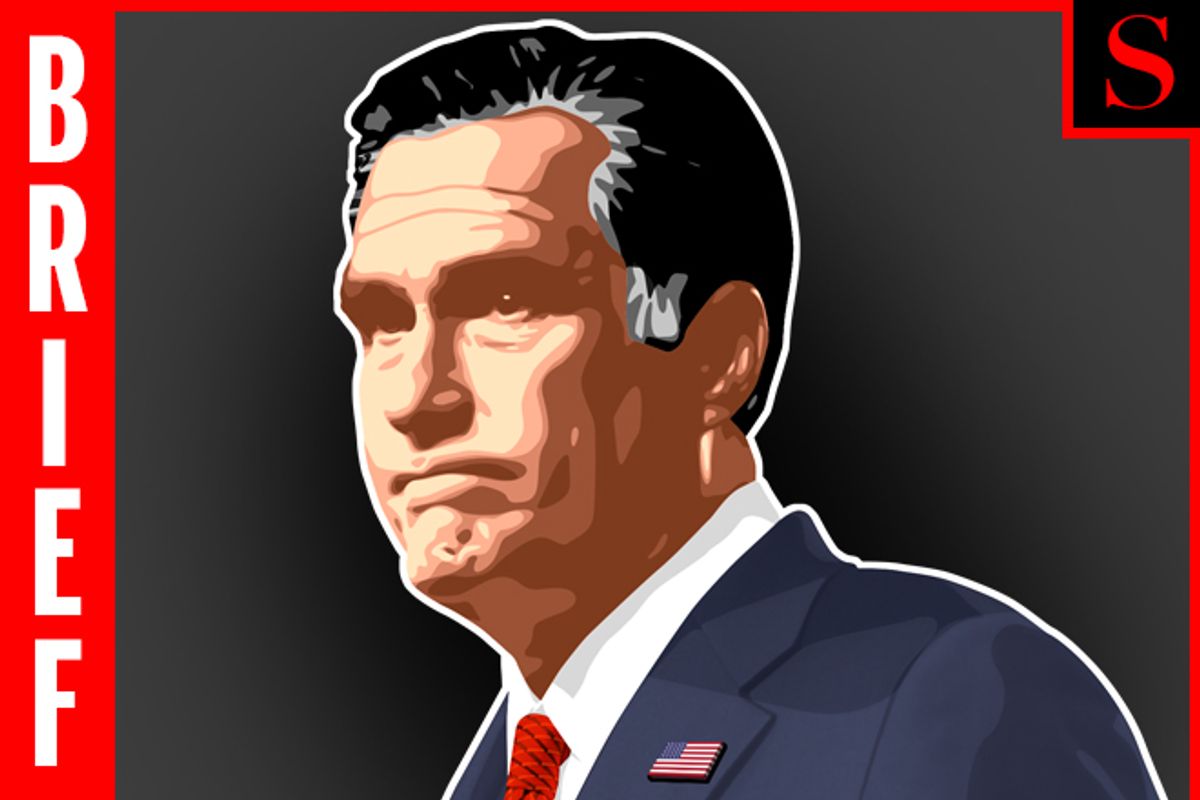 50 days: There are just 50 days left until Election Day, and things are not looking good for GOP presidential nominee Mitt Romney. New York Times polling czar Nate Silver predicts Obama will capture about 306 electoral votes to Romney’s 232, and he gives the Democrat a 75 percent chance of winning. 270.com gives Obama even better odds at a whopping 92 percent. The upcoming debates represent Romney’s last best chance of changing the direction of the race, barring a deus ex machina calamitous outside intervention.

Warren rebounds: Two new polls show Democrat Elizabeth Warren leading in the Massachusetts Senate race after months of being stuck behind Republican Sen. Scott Brown. A new PPP survey out last night finds Warren up 2 percent, 48-46, which represents a 7-point turnaround in the past month. And a Western New England University Polling Institute survey shows Warren with an even bigger 6-point lead, with the race at 50-44. The first poll shows that almost all of the gains come from Democrats coming back into the fold who had previously been OK with voting for moderate Brown.

Judge knocks Walker law: A judge on Friday knocked down key portions of Wisconsin’s infamous Budget Repair Bill, which restricted the collective bargaining rights of public sector employees and sparked massive protests at the statehouse. Wisconsin's attorney general said he will appeal the judge’s ruling, which declared that much of the rule violated constitutional rights of freedom of speech and equal protection. Wisconsin's Republican Gov. Scott Walker said in a statement that he is "confident that the state ultimately will prevail in the appeals process."

A new adventure for old Christine: Non-witch Republican Christine O’Donnell is considering mounting another bid for the Senate in 2014. “I think I owe that to my supporters, to at least consider a run ... People sacrificed. Not only came out of their comfort zone – sacrificed to work hard in order to win the primary. And I think that I owe it to them to give it every consideration,” O’Donnell said. She would run against Sen. Chris Coons, who replaced Vice President Joe Biden.

Ask, but not much to tell: This week marks the one year anniversary of the repeal of "don’t ask, don’t tell" and what has been remarkable is what didn’t happen. “Recruitment and retention have not fallen off as some opponents of the repeal predicted they would. Harassment of homosexual troops has not significantly increased. Unit cohesion has not suffered. In fact, some veterans who left the military under ‘Don’t Ask, Don’t Tell’ have rejoined. And some active-duty soldiers say cohesion has improved in their units, because people no longer have to completely guard their personal lives,” McClatchy newspapers' D.C. bureau reports.

China fight: In recent days, Romney has opened a new line of attack on Obama, accusing him of coddling a “cheating” China. But whether the timing is intentional or not, the White House is preparing to take action against China today in a move that could insulate the president from Romney’s latest charge. Obama will announce today that the administration is filing a new trade enforcement case against China before the World Trade Organization (WTO). The complaint accuses China of illegally subsidizing automobiles and auto parts for export, harming American manufacturers. Obama will make the announcement in Ohio later today.