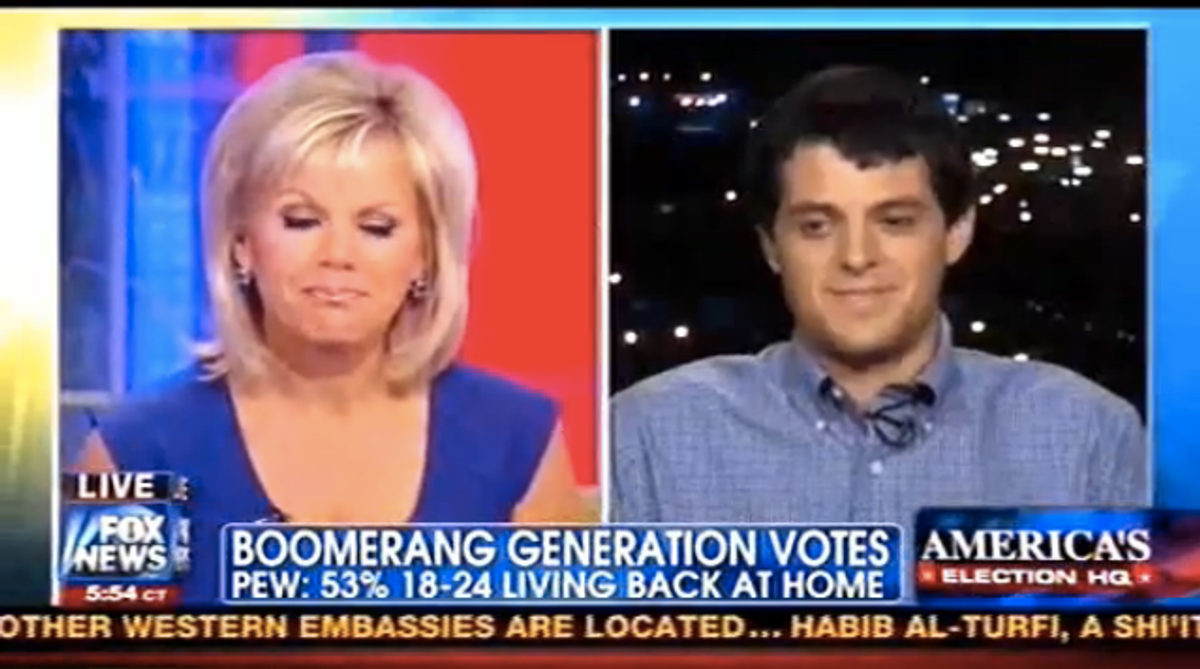 Audiences knew the interview was doomed as soon as Max Rice interrupted "Fox & Friends" anchor Gretchen Carlson to say "S'up." Rice, a college student, later explained to outlet Raw Story that he lied to Fox producers to get on the show and said that “Fox News is a fake news organization." Raw Story  explained:

Rice told Raw Story that he in fact dropped out of the University of Texas, but lied to Fox News about being a graduate just to see if they’d do their homework.

“The first thing that shocked me is that they were that desperate to find someone that fit that category,” he added. “What they were seeking is someone who voted for Obama in 2008, then somewhere in the last four years got disenfranchised and now is a huge Romney supporter. But I feel like anyone who fits that mold would also dis Romney at the same time. So, they just couldn’t find anyone. They’re in New York City, so they had to go find a kid in Chicago.”

On the show, awkwardness ensued for about two minutes, until Rice got kicked off. Watch the full clip via YouTube: