His advisers admit he's not after swing voters anymore, he's hyping a culture war to turn out the far right 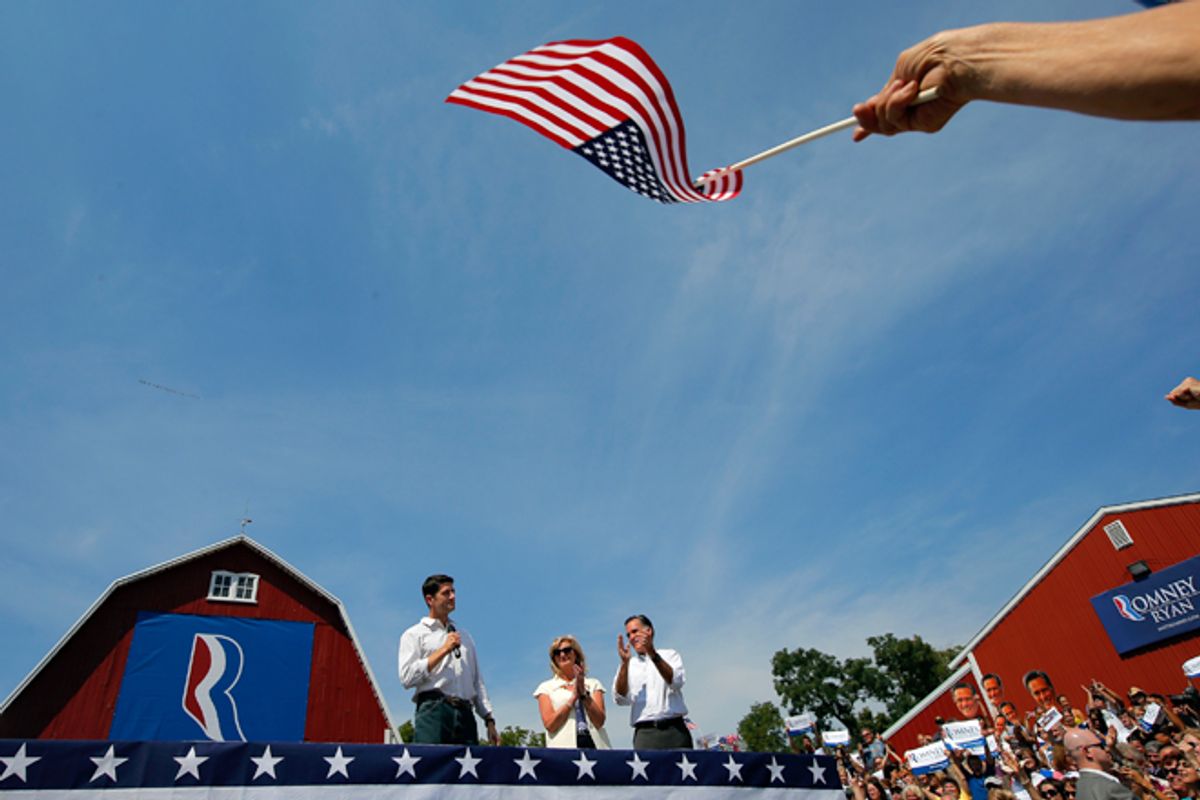 All eyes are on Politico's expose of Romney campaign infighting – mainly a lot of anonymous hand-wringers complaining about Stuart Stevens – but this piece in BuzzFeed deserves more attention: In "Romney's New Strategy Turns Right," campaign advisers tell McKay Coppins, "This is going to be a base election, and we need them to come out to vote."

It's going to be a base election for Romney, all right – "base" as in low and crass, and "base" as in designed to turn out the base.

That's been obvious to me for a while – I said so last week on "PoliticsNation" – but it ought to get more attention now that the Romney folks are tipping their hand. Again. Weeks ago, of course, anonymous members of Team Romney told the New York Times they were "convinced [Romney] needs a more combative footing against President Obama in order to appeal to white, working-class voters,” and so he “has added a harder edge … injecting volatile cultural themes into the race.” Romney's dishonest welfare ads, insisting that President Obama "gutted" the work requirement, was just one example of the campaign's ugly new racial appeal, the Times showed.

At the same time, the GOP convention in Tampa at least tried to showcase a more diverse party, with Gov. Susana Martinez, Sen. Marco Rubio and Condoleezza Rice among the most prominent speakers. After Clint Eastwood's cranky old man act mocked Obama, Romney himself took a more respectful approach in his speech, even attempting an appeal to disappointed Obama voters.

The BuzzFeed article shows that the campaign abandoned that approach almost immediately, maybe after seeing Romney got absolutely no convention bounce. Since then, Romney abandoned his standard stump speech, which focused on the economy, for a harder-edged pitch larded with references to God and patriotism and sharp attacks on Obama:

In heavily-Evangelical Sioux County, Iowa, Romney's introductory speakers — including conservative Rep. Steve King — sermonized at length about keeping Christian values, and vouched for his love of Jesus Christ. In Virginia Beach, he spoke to a flag-waving crowd of veterans and military families — appearing alongside televangelist Pat Robertson — and built his remarks around patriotism, defense spending, and keeping God on the national currency.

Romney's shrill foreign policy stands over the last week accomplish similar political goals: riling up anti-Obama Islamophobes, many of whom believe that the president himself is a Muslim.

Ever since Romney sealed the nomination in April, the media have waited for him to shift to the center. Advisor Eric Fehrnstrom previewed that strategy when he suggested the nominee could pivot from courting the far-right base to attracting swing voters with the shake of an "Etch-A-Sketch." And indeed, Romney shakes it periodically, but the same sketch always reappears: one designed to appeal to the GOP's angry, aging far-right Christian base.

Ironically, GOP primary voters consistently said that Romney was the "most electable" candidate, because of his perceived ability to reach voters in the center. Romney's problem is that there aren't that many actual undecided voters – and his chances of winning them over may not be strong. Only 6 percent of Ohio voters, in the last NBC/Wall Street Journal poll, were undecided; it's down to 5 percent in Florida and Virginia.

So, as the race gets down to the wire, Romney plans to focus on turning out "Republican activists," an anonymous advisor told BuzzFeed. "The people who are going to talk to their neighbors, drive them to the polls on Election Day, and hold their hands on the way in to vote." Romney's base strategy clearly involves appealing to these voters' baser instincts, so look for the campaign to stay ugly in the weeks to come.