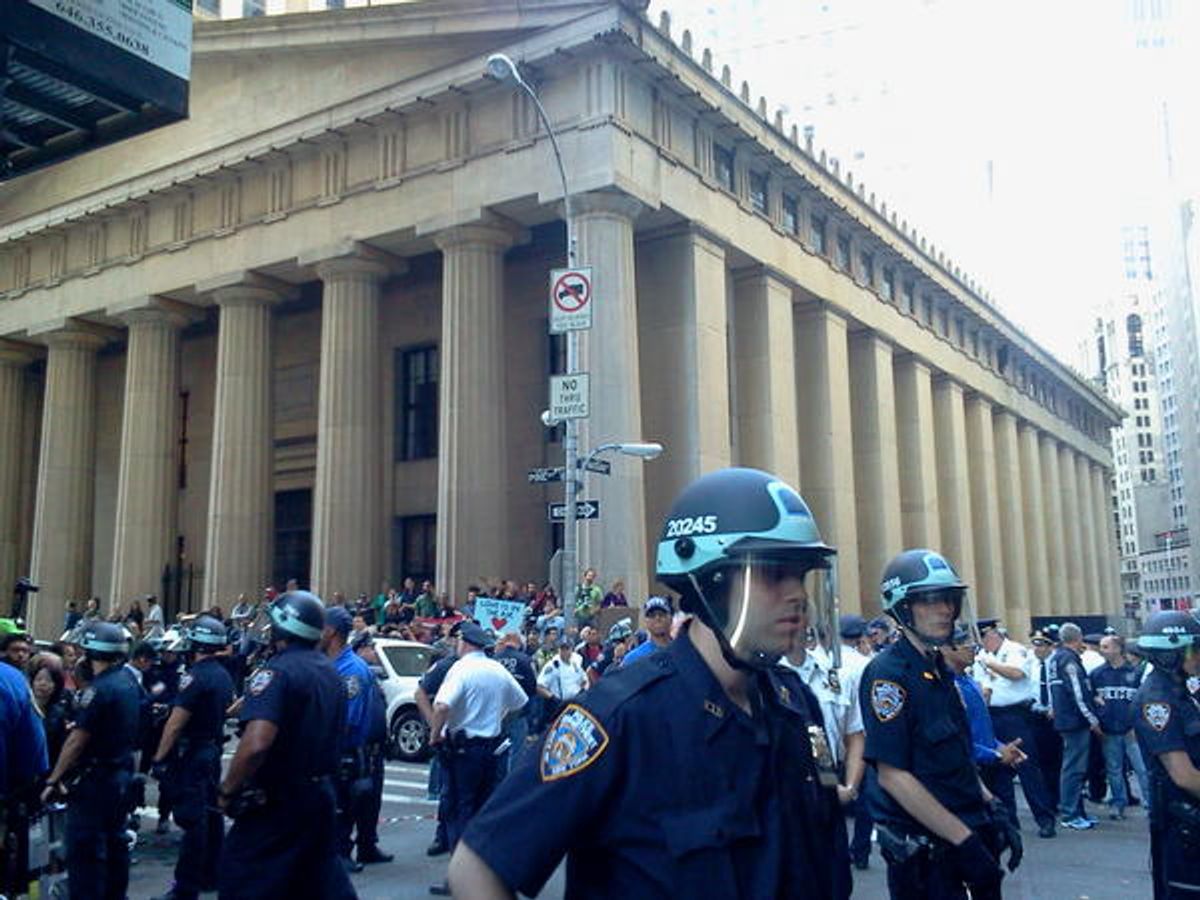 Just like the early days of Occupy, Downtown Manhattan was filled with protest marches and playful signs and props during a day of action to mark Occupy's one year anniversary. As ever, demonstrators were met with a mighty police presence and reports abounded across Twitter of NYPD officers diving into crowds to make snatch arrests. According to Gideon Oliver, president of the New York Chapter of the National Lawyers Guild, "as of 2:45pm, around 130 arrests total today."

Also characteristic of an Occupy day of action, protesters had smartphones at the ready to capture every twist, turn and tussle. Here are some images from Twitter users, which give a sense of events Downtown.