After decrying the revival of neocon foreign policy, the columnist is the subject of ridiculous attacks 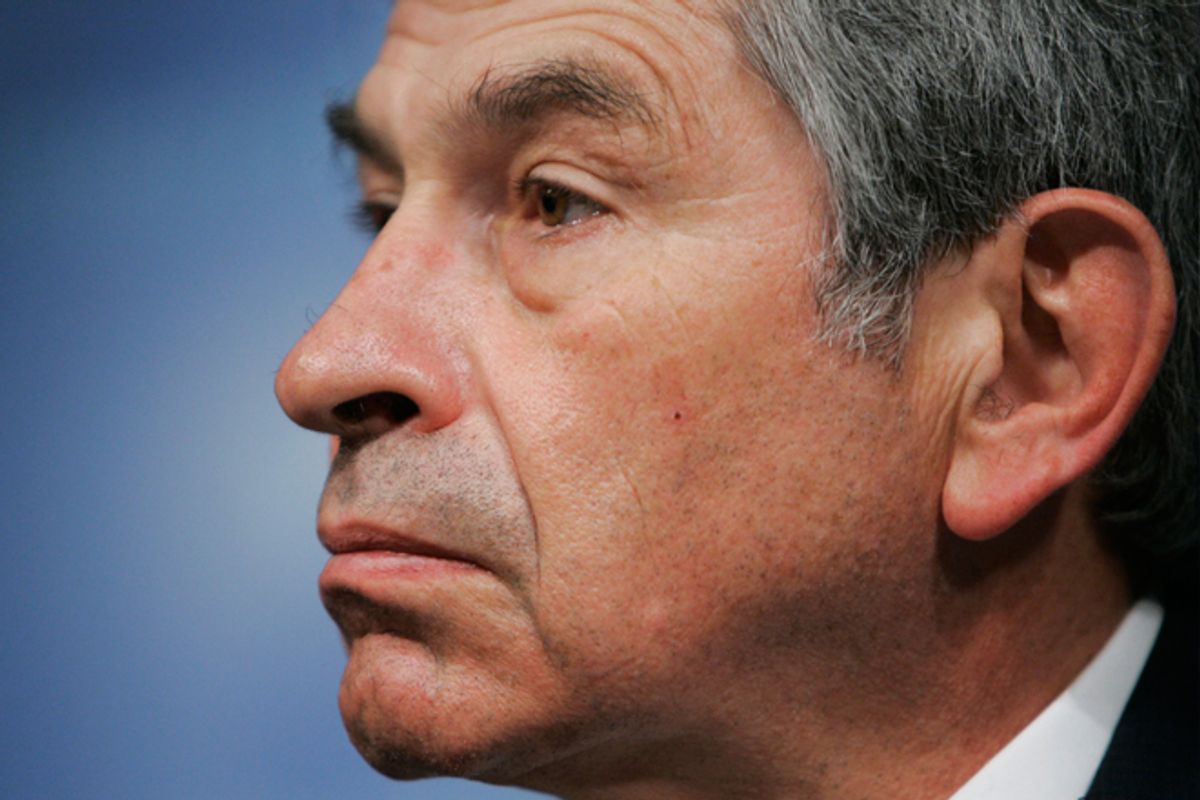 It's only Monday morning, but already we have a strong candidate for most ridiculous -- and shameful -- story of the week. According to Politico's Dylan Byers, New York Times Op-Ed columnist Maureen Dowd is being attacked for engaging in "anti-Semitic" smears in her most recent column, "Neocons Slither Back."

Dowd's main point is difficult to argue with: It is highly distressing to see the same policy advisers who ran George W. Bush's foreign policy shop occupy influential positions in the Romney campaign. But did she go too far in her choice of adjectives?

Dowd fairly observed that neither Mitt Romney nor Paul Ryan are experts in the field of foreign policy, but asserted their strategy was orchestrated by a "neocon puppet master" who was leading the neocon effort to "slither back" into power....

... "Maureen may not know this, but she is peddling an old stereotype, that gentile leaders are dolts unable to resist the machinations and manipulations of clever and snake-like Jews," Jeffrey Goldberg, the Atlantic columnist and leading journalist on Israeli issues, wrote.

The anti-Semitic charges come with a heaping dose of "doth protest too much" defensiveness. Any reasonable person familiar with the foreign policy disasters perpetrated by the neoconservatives who led George W. Bush to debacle piled upon debacle is right to be horrified by their clear influence upon Mitt Romney. The fact that many of them were Jewish (a point never mentioned or even implied in Dowd's column) is irrelevant. What's astonishing is that they're back.

What's also amazing is how bad the reading comprehension skills of the critics turn out to be. The only reference to the word "slither" in Dowd's column is as part of a quote from the crown prince of the neocons -- Paul Wolfowitz!

Paul Wolfowitz, an Iraq war architect, weighed in on Fox News, slimily asserting that President Obama should not be allowed to “slither through” without a clear position on Libya.

So Paul Wolfowitz implied that the president is a "clever and snake-like" manipulator getting away with evil reptilian machinations, and a New York Times editor cleverly (or maybe slitheringly?) twisted that accusation back against him and his cohorts by giving Dowd's column the headline "Neocons Slither Back." And of course, we know that Paul Wolfowitz isn't engaging in the misuse of anti-Semitic tropes because Obama isn't Jewish.

Jeffrey Goldberg and the rest of Dowd's attackers should know better, and Dylan Byers should be embarrassed for giving them cover. The neocons who came to power under George Bush were responsible for a series of foreign policy disasters unparalleled in recent memory. There are few pejoratives too strong to describe their phoenix-like revival in the Romney campaign.