How could Michael Jackson follow up the best-selling album ever? By bravely baring his soul and taking new risks 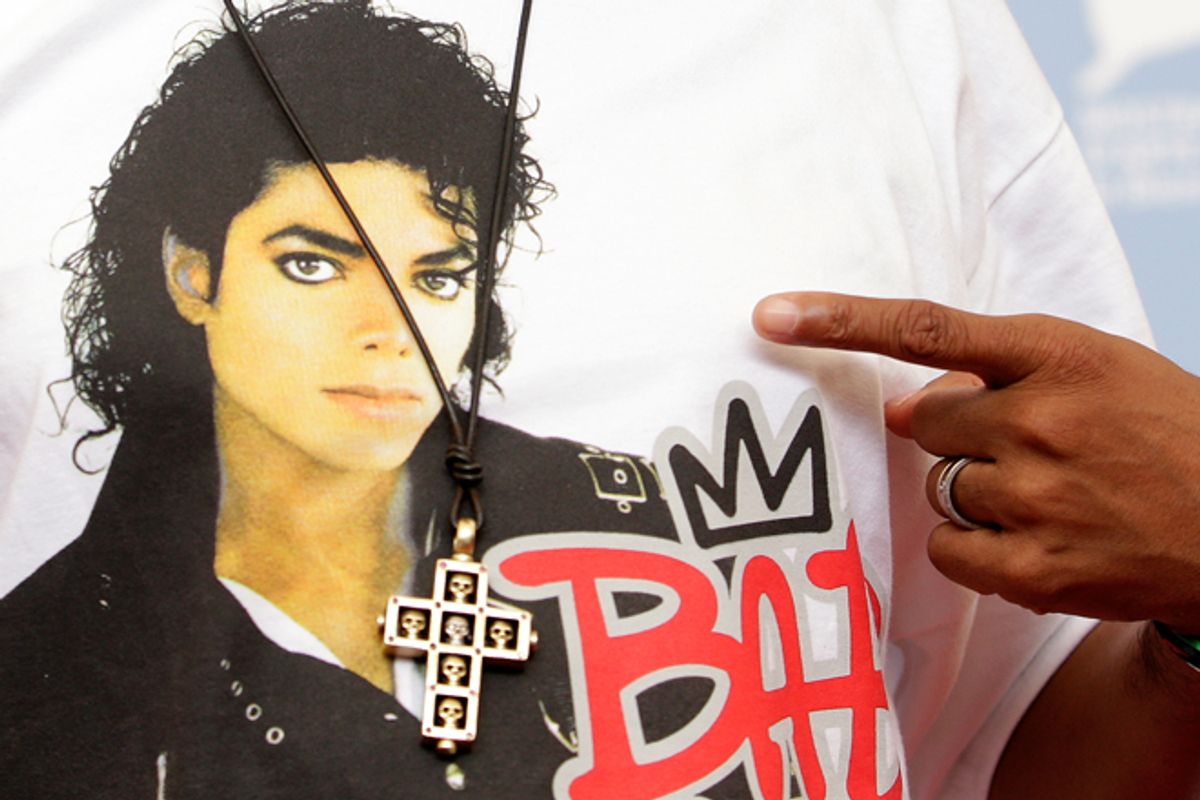 In a 1987 Rolling Stone cover story, David Handelman and Michael Goldberg observed that Michael Jackson felt immense, self-imposed pressure while crafting “Bad.” Obviously, this stress was understandable: After all, how does someone follow up “Thriller,” a superlative album that featured seven top-10 hits, sold over 38 million copies and netted seven Grammy Awards?

The short answer is, you can’t equal such freakish success. Even Stevie Wonder told Rolling Stone that the King of Pop shouldn’t be too hard on himself: “You can’t think about what people will like; you go crazy doing that. If it’s possible for him to sell 50 million records, let that happen. But if it doesn’t, it’s not the end of the world. It’s just records.” Still, that didn’t mean the driven Jackson — whom Martin Scorsese called “a perfectionist” in the same story – couldn’t try.

And 25 years later, “Bad” — which is being reissued today with a bonus disc of demos, bonus tracks and remixes — compares very favorably to “Thriller.” Buoyed by Quincy Jones’ deft production (Jackson received a co-production credit), the album is far more muscular and sculpted, but doesn’t sound labored. Wisely, many songs put a nimble spin on the funk-pop production style popularized by Minneapolis geniuses Jimmy Jam and Terry Lewis. The sizzling synths and sharp rhythms of the Stevie Wonder duet “Just Good Friends” in particular recall the work the duo did with another Jackson (Janet), while “Another Part of Me” is a flashy soul revue with horn bleats and oohing harmonies. Even the lightweight “Speed Demon” has a nasty, corrugated rhythmic underbelly. (The Minneapolis influence is likely no accident: Jones actually wanted “Bad’s" taut, disco-pop title track to be a Jackson-Prince duet, and the two pop stars even met in person to discuss collaborating.)

The atmospheric parts of “Bad” are almost more affecting, however. The soaring ballad “I Just Can’t Stop Loving You” blooms with soft-rock keyboards and one of Jackson’s most delicate, vulnerable vocal performances. And despite the casual misogyny of “Dirty Diana” — the titular woman is “dirty” for seducing musicians — the song is a dramatic, tension-filled vignette: Faded crowd noise and an ominous electric guitar solo by Billy Idol foil Steve Stevens contribute to music that reflects increased terror over Diana’s advances.

More impressive, Jackson ended up writing and composing nine of the 11 songs on “Bad” by himself, a staggering figure when compared to today’s pop-music-by-committee culture. (This was also a marked departure from “Thriller,” on which he received sole credit on only four songs.) As a result, “Bad” gave the notoriously reticent Jackson a chance to assert himself as a songwriter with mature desires. While on “Thriller” he sang “The doggone girl is mine,” which evolved into “Hey pretty baby with the high heels on / You give me fever” on “Bad.” If “Thriller” made him a global phenomenon, “Bad” made him an adult.

But as bulletproof as Jackson the pop star was by 1987, Jackson the human being was deeply insecure. In hindsight, this manifests itself in interesting ways on his love songs. The narcissistic viewpoint of “The Way You Make Me Feel” (sample lyrics: “I like the feelin’ you’re givin’ me,” “I swear I’m keepin’ you satisfied/ ’Cause you’re the one for me”) seems rooted in insecurity, judging by this casual aside that material things — not personal magnetism — keep the romance alive: “Oh, I’ll be workin’ from nine to five / To buy you things to keep you by my side.” On “I Just Can’t Stop Loving You,” Jackson interrupts cooing pillow talk with this brutally sad admission: “A lot of people misunderstand me/That’s because they don’t know me at all.”

Indeed, an undercurrent of loneliness and detachment snakes through even the most seemingly heartfelt songs. The fairy-tale love described in “Liberian Girl” is curiously idealized and full of references to movie scenes, making it a description of a Hollywood romance rather than a realistic affair. Even the non-Jackson-penned “Just Good Friends” takes a heartbreaking, laissez-faire attitude to being led on by a suitor: “Baby loves me / Though she never shows she cares.”

This sad-clown theme isn’t always evident right away, but it does make the optimism of “Man in the Mirror” stick out like a sore thumb. Co-written by Siedah Garrett and Glen Ballard, the song’s self-improvement mantra (“If you wanna make the world a better place/ Take a look at yourself and then make the change”) rings rather hollow. While Jackson was always a gifted interpreter of uplifting music — and he finally had the personal capacity to articulate hope on later tracks such as “Heal the World” — the melancholy tone of his own “Bad” songwriting is far more insightful.

Tellingly, however, the song most indicative of Jackson’s inner struggles is almost an afterthought. “Leave Me Alone” is tucked away at the end of “Bad,” initially only appeared on the CD version of the album and wasn’t released as a single in the U.S. On a record with a staggering number of guest musicians and session players, the tune’s strikingly straightforward music also stands out: An insistent, thwacking rhythm pulses underneath funk-tinged synthesizers and digitally dusted, layered harmonies.

The lyrics, however, are another story. “Leave Me Alone” is a conflicted mix of braggadocio (“Ain’t no mountain that I can’t climb, baby/ All is going my way”), defiance (“You used to take an deceive me/ Now who is sorry now?”), confusion (“I love you/ I don’t want it”) and desperation (“Just drop doggin’ me around/ Don’t come beggin’ me”). The song very clearly represents Jackson trying to reconcile his relationship with the media, fame and success — especially his frustration over the increased attention toward his increasingly bizarre behavior.

That “Leave Me Alone” equates dissatisfaction with the press to a tumultuous romantic dissolution is significant: Much of Jackson’s self-worth and concept of success was driven by (if not dependent on) other people’s adoration. And so in retrospect, “Bad” was a very brave record — the Jackson solo album most representative of his creative vision. Despite the “Thriller” albatross, Jackson put himself on the line (and on the hook) for critical appraisal and commercial success. That’s a bold move for someone petrified of failure.  But more than that, it’s also a declaration of his musical acuity — a pointed reminder that Jackson wasn’t just a pop puppet, he was also an artist with something to say.