Did an MLB player paint a homophobic slur on his face?

It depends on whom you ask 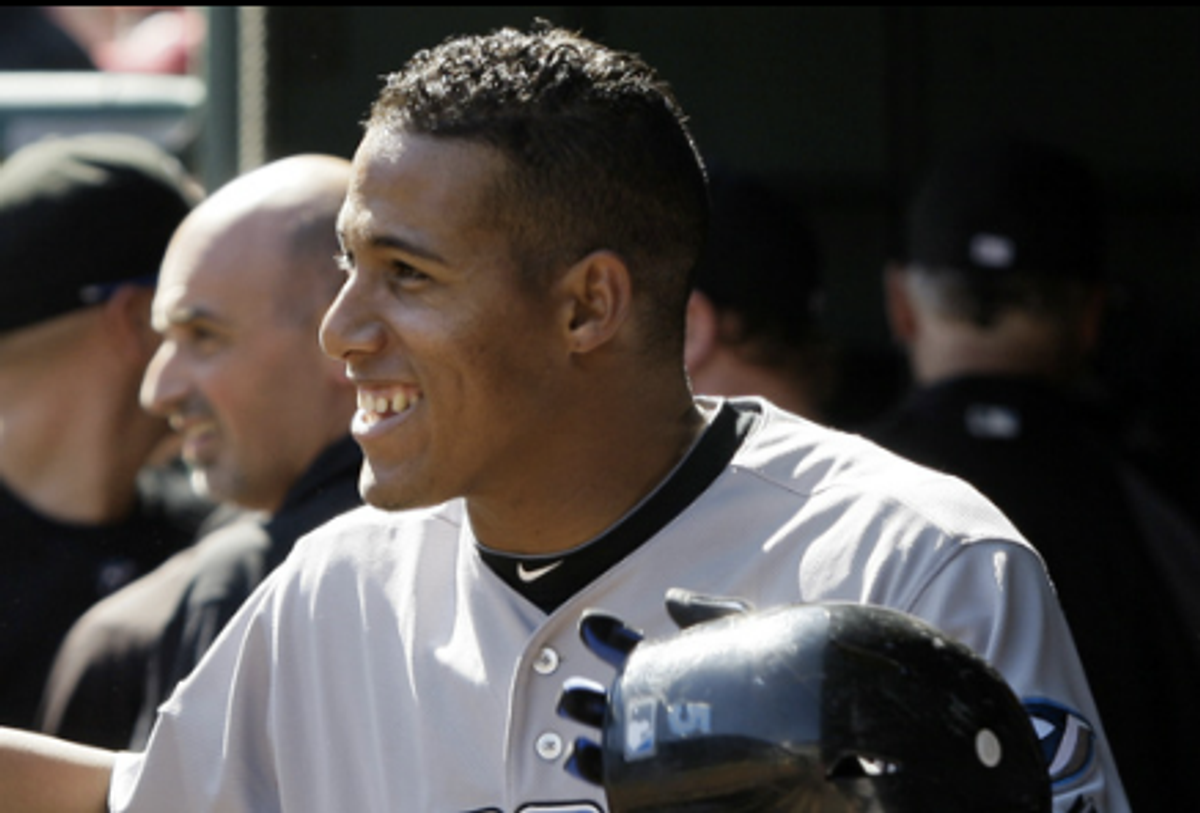 Toronto Bluejays shortstop Yunel Escobar occasionally paints Spanish words on his face for game day. But he may have taken the ritual too far this Saturday, when he painted "Tu ere maricon" under his eyes for Saturday's game against the Red Sox. The message is a slur that could be interpreted as homophobic -- the most offensive being, "You are a faggot." Twitter rage exploded over Escobar's "black eye"over the weekend, and the player may face disciplinary action from Major League Baseball.

But some argue that the slur isn't a slur at all. Maria Cristina Cuervo, a Spanish professor at the University of Toronto, told the Star that the phrase amounts to trash-talking:

Yes, it can mean ‘You are a faggot’. But according to Cuervo, context is everything. The word is a derivation of the proper name Maria del Carmen. The diminutive form of that name has morphed into an effeminizing epithet that has a clear gender component, but not necessarily a sexual one.

“I would take it as, ‘You are like a girl. You’re weak’,” Cuervo said. “I don’t curse much, so I don’t know the appropriate level in English. It has to be something like ‘wuss’.”

In Spanish-speaking families, according to Cuervo, parents might refer to a 7-year-old boy who’s crying as a maricon, as in ‘Don’t be such a baby’. You might say the same thing in the same situation to a female child.

So what, exactly, does the statement mean when the context is a man's face?  It's unclear, but the choice of words demonstrates poor (or questionable) judgment, which is enough to get a professional athlete in trouble. The heat against Escobar comes after an increased awareness of gay rights in sports, and more and more athletes are getting punished for making homophobic gestures or statements on the field.