Ryan and Romney love to play the kiddie card. They just won't tell the Youth just how screwed they'd really be 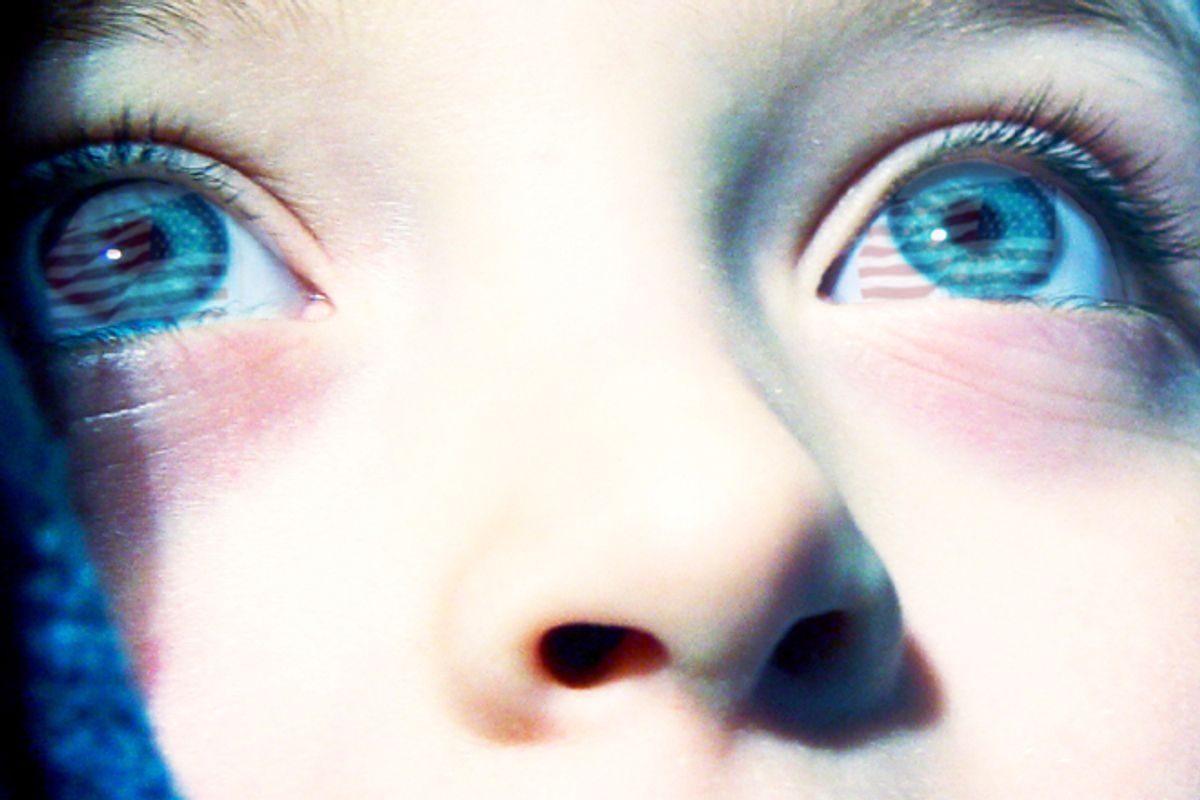 What we see in this election season is a bunch of middle-aged and elderly politicians addressing elderly voters about what's best for "our children and grandchildren." As a 27-year-old, I suppose I'm at the tail end of the "our children" category. So allow me to offer a riposte that I don't claim speaks for my entire generation and all those younger, but does speak for quite a few of them: Stop saying that you're doing anything for our benefit.

We're onto you. We know that in our shattered political system, the more often "children and grandchildren" are invoked, the more likely those same doe-eyed youths are to get the shaft. You're jinxing it so badly, right now. Stop! Take your full benefits, exert your demographic voting prowess, whatever. But please, for the love of God, spare your children and grandchildren the audacious explanation that this is done for their sake. They are not so stupid as to believe that self-sacrifice is your true motivating force in electoral politics.

How the invocation of a nation's "children and grandchildren" isn't already an obvious, cacophonous laugh line that speechwriters dodge at every temptation is one of the greater mysteries of contemporary political rhetoric. But it survives, presumably because it scores quite well in focus groups.

Perhaps now is a good time to check the tally of political moves made in the name of America's children and grandchildren over the last decade or two: thousands of children and grandchildren's bodies lying dead in the Iraq desert for no reason, a financial system that operates by stealing money from everyone for a few years and then completely collapsing, and soaring youth unemployment, most likely resulting from the fact that there is no longer an economy. And have you heard that in order to not get a decent job in this nonexistent economy, one is now expected to fork over trillions of dollars in non-dischargeable predatory loans for a college diploma? This is an abridged list, folks. And it's bizarre that the few modern measures that actually do benefit current children and grandchildren, such as the Children's Health Insurance Program, even require protracted reauthorization debates that are only resolved when a new administration comes to town.

But none of this was especially offensive -- just kidding, it was -- until Rep. Paul Ryan of Wisconsin, the chairman of the House Budget Committee, was recently selected as a candidate for vice president of the United States.

Ryan, much like ticket-topper Mitt Romney, mentions America's children and grandchildren frequently as props to defend his budget policies that would screw over the lives of America's children and grandchildren. It is a staple of all of his speeches, and it always emerges when discussing the national debt. "We just heard about an hour ago," Ryan said in Iowa on Sept. 4, "that our government eclipsed the $16 trillion mark in our national debt. This is a serious threat to our economy. Of all the broken promises from President Obama, this is probably the worst one because this debt is threatening jobs today, it's threatening prosperity today and it is guaranteeing that our children and grandchildren get a diminished future."

And so the country's children and grandchildren, facing this diminished future, are expected to turn to Ryan, whose policy proposals would ensure that this diminished future is expedited into a diminished present and future. Ryan's budget plan over the next decade would add to this soaring debt that so, so burdens our weary-eyed youth by sending massive amounts of would-be tax revenue back to the aged, comfortable, wealthy top income tax brackets.

What Ryan would do next is shred the social insurance programs that middle-aged and elderly folks have enjoyed for half a century. But there's a caveat, and a sizable one: Those who would be 55 and older at the time of Ryan plan's passing would be able to keep things like, say, their Medicare plans, exactly the way they are right now. The profound actuarial reasoning behind this caveat is that advocates of the Ryan plan don't want to lose political elections, and the elderly play a key part of the Republican Party's demographic.

This -- the fact that a plan is being defended as benefiting current children and grandchildren while asking nothing of current parents and grandparents -- is where the Ryan plans skips from typical political exaggeration to searing immorality. Because there's a dirty little secret about children and grandchildren: They eventually get old. And why they'd want to eliminate the most efficient means of providing healthcare for the future, older versions of themselves, while their parents and grandparents still enjoy it, is a question that Ryan has never really confronted.

Do what you will, Ryan and Romney. But please. Leave the kids out of it.