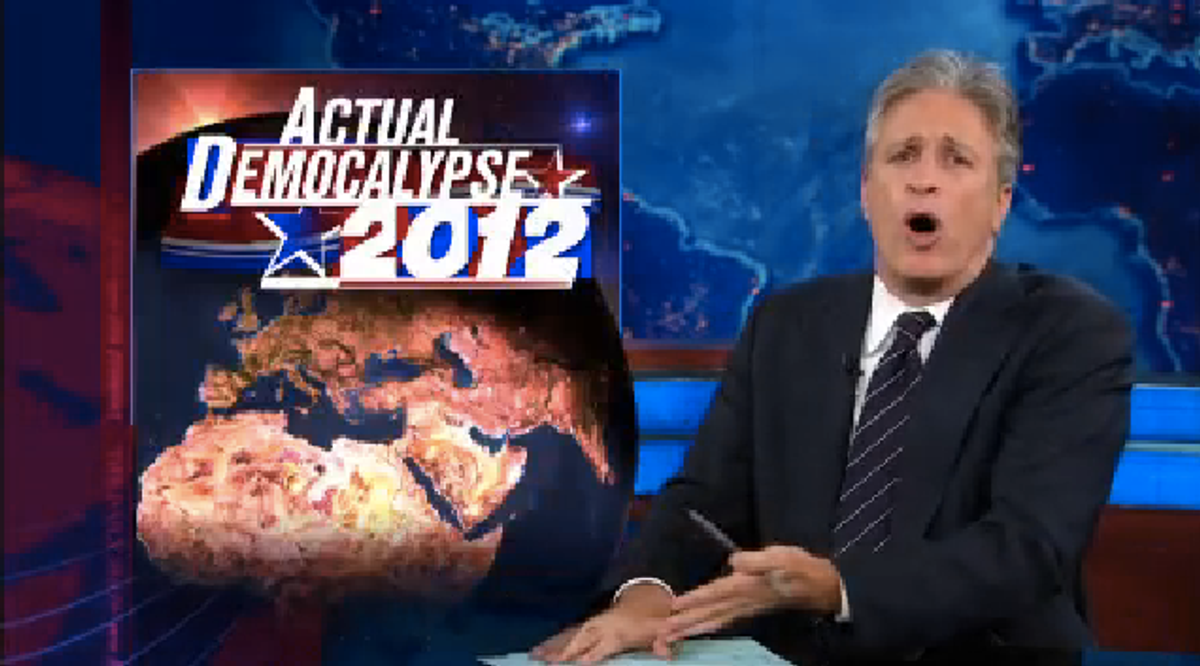 Jon Stewart pegs "older" Romney foreign policy adviser Dan Senor against "younger" Dan Senor, when he served as Chief Spokesman for the Coalition of Authority in Iraq. Senor now describes the Middle East as "a real mess on our hands," and "a disaster," but in 2005, Senor described democracy in the Middle East as inherently messy--as progress. Amongst all the flip-flopping, Stewart wonders: "How can one man's opinion shift so drastically, and yet his hairline stays exactly the same?"