This lack of empathy thing: Maybe Rolfing would help? 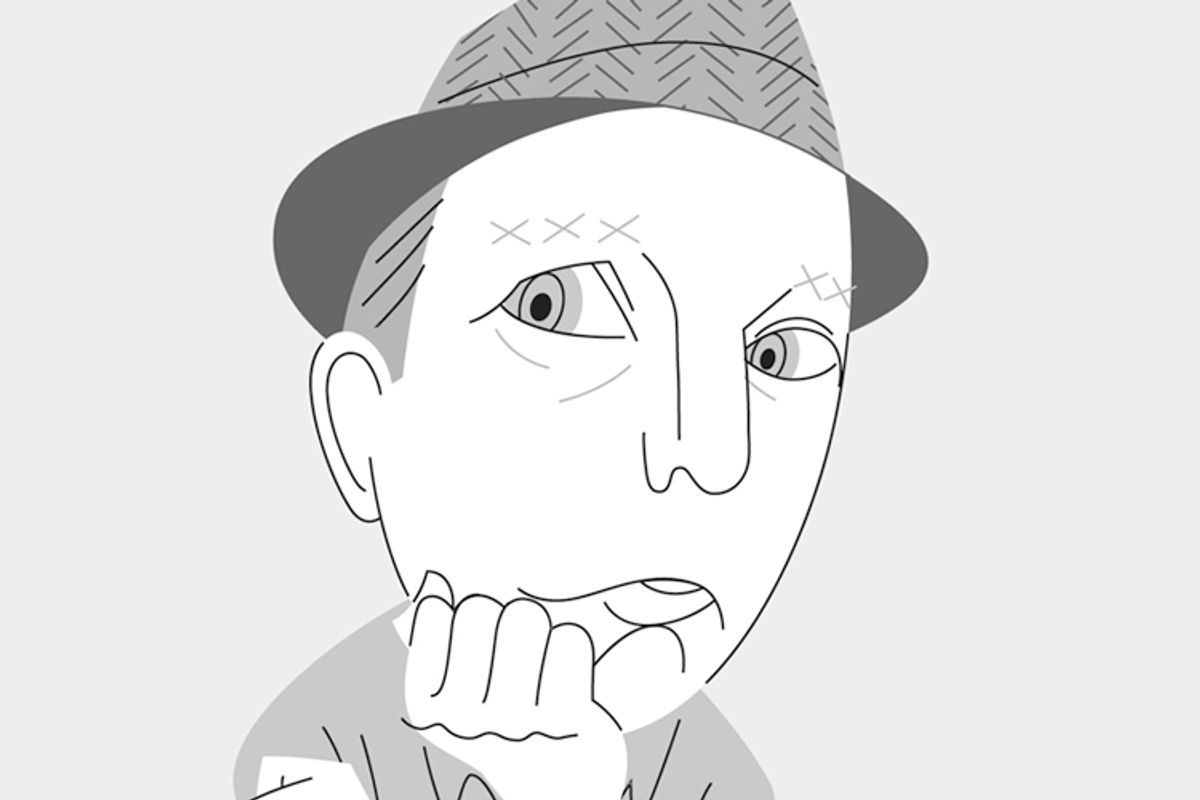 I think it's your hips. I saw you on television yesterday on a platform and you turned to your left and it looked like you being rotated on a lazy Susan.  You take tiny steps like a little ballerina. Your torso doesn't bend. Your arms seem connected to your shoulders with quarter-inch lag bolts.  As performance art it was sort of beautiful the way nothing in your hips or torso betrayed any animal vitality, as though you'd been drained of bodily fluids by a Republican scientist.  But this avant-garde dance is unlikely to win votes.

How could a president who takes such tiny steps ever rope a steer? is what voters are thinking. Remember George W. Bush, how they asked him why he had that swagger and he said that down in Texas it's what they call "walking"? That was pretty good. He swaggered and he was a dumbass. We could relate.

He was scary but in a different way from the way you are scary. He was scary like a dumb jock. How could George W. Bush be a plutocrat if he couldn't pronounce "plutocrat"? You are scary like a cyborg. We're afraid you're going to put us in a machine that harvests our organs.

One wonders if you are not some kind of test vehicle.

Have you heard of Carl Jung? You should check him out before you disintegrate.

Right now, when we look at you, we worry that the CGI program that maintains your skin tone will fail and flakes of you will spin off in a whirlwind.

Early in primary season one detected unanimity among the cognoscenti. It seemed like the kind of thing Oedipus was told: You don't know how it's going to happen, but it's going to happen. How do news people know these things? Do fat cats whisper to them at the urinals of the Watergate? And what does it say about these fat cats that they could not see in your body language a propensity for mirthless gaffes?

Me, I have theories. Maybe it's too much to get into here but I have these theories about personality type. Like I said, Carl Jung? Heard of him? Like when the thinking function is not sufficiently guided by empathy and feeling and intuition, unconscious frustrations can take the form of seemingly rational thoughts.

My wife thinks you're a sociopath. I have empathy for sociopaths. I know it's on a spectrum. We  disconnect from empathy in moments of stress. We fall back on our comfortable modes, which for you is recitation of data. If you take that too far, you get a sociopath.

I know this, too: Management of expectations and consistency of execution are important in an executive role. A person who is too lopsided thinking-wise -- as I have been at times, so I'm speaking from a place of empathy here! --  can have a tendency to improvise unexpectedly.

So you tell your handlers exactly what you are going to say and they approve it. But then when you get on the stump and start talking it suddenly seems crystal clear to you that the lower 47 percent of the people are freeloaders. This comes to you with the force of revelation. It seems so obvious! Because you are operating with an undeveloped capacity for empathy, you do not see the emotional effect of what you are saying.

Did you ever watch Rick Santorum? His ideas are wackier than yours or Paul Ryan's but his body says that he feels things. Your body says that your animal being is a rotating husk protecting a thumb drive.