Should methadone moms keep their babies?

For child welfare officials, these women are still considered junkies -- and a threat to their newborn 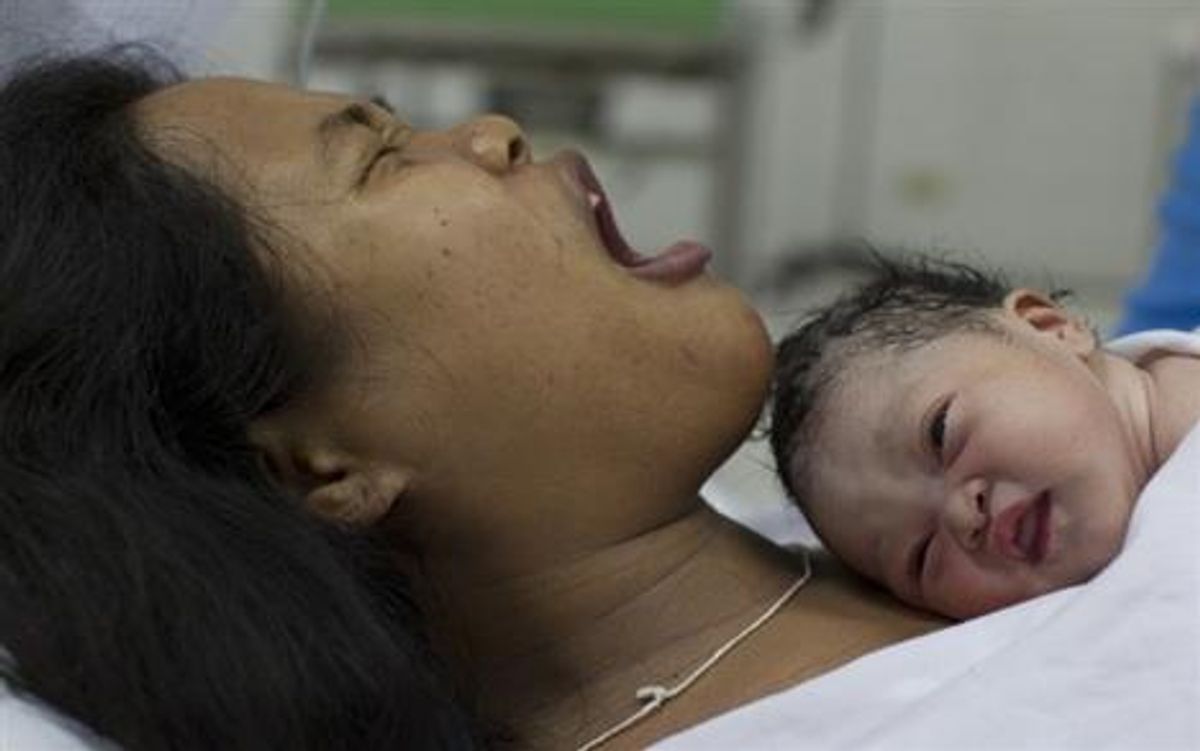 Imagine losing your child because you are taking a legally prescribed medication as directed—a medication that the Institute of Medicine and the World Health Organization have named as the best treatment for your condition. Now envision that the judge in your family court case is so dismissive of the overwhelming data supporting your use of this treatment that he says, “I can make a paper airplane out of these papers and glide it across the courtroom,” and refuses to read them.

That’s exactly what happened to a young mother, identified pseudonymously as “Rebecca,” who wanted to stay on methadone and keep her baby, as reported in an excellent account on the Daily Beast. Even worse, she is not alone.

According to evidence compiled by National Advocates for Pregnant Women, judges and social workers routinely override decades of medical evidence by forcing ex-addicts to either stop the treatment that works for them or give up their children. Similarly, drug courts across the country either prohibit maintenance as a treatment option or compel those on it to quit and get “real treatment.” Such bureaucratic arrogance is permissible because those affected are people with addictions.

This is especially obvious in Rebecca’s case because the science is so clear. When she found out she was pregnant, she was addicted to Vicodin. No one disputes that when such a pregnancy occurs, withdrawal can harm or even kill a developing child. This problem—and the high risk of relapse—is why the world’s experts on substance misuse during pregnancy recommend maintenance rather than abstinence. Although some babies born to women taking methadone during pregnancy will suffer withdrawal after birth if they are not treated, the risks to the developing child are far greater if the mother’s addiction goes untreated—comparable to those associated with cigarette smoking and far less damaging than those linked to alcohol.

But when Rebecca followed this overwhelming medical consensus, she was treated as an object of contempt by the hospital staff who delivered her baby. Despite the fact that she’d had all the recommended prenatal care and her obstetrician and methadone clinic had both seen her as a model patient, hospital staff treated her and her husband as “monstrous” once they learned she was using the medication.

For eight hours, the new parents were denied access to their baby. Then, when Rebecca demanded to breastfeed, a nurse told her that she couldn’t because the methadone might harm the child. In fact, nursing is even more highly recommended to mothers taking methadone than it is for other moms because it can reduce the baby’s withdrawal symptoms. “She wouldn’t let us be alone with him because she was afraid we might sneak him breast milk,” Rebecca says.

She adds, “My husband was like, ‘Where are you getting this information? We’ve been researching this for nine months.’ That led into her being pissed off and I guess she called CPS [child protective services].”

In contravention of a state child welfare policy stating explicitly that mothers on methadone should simply be monitored by checking with the clinic they attend, Rebecca was selected for intense scrutiny. In order to keep her son, child services required the new mother to live with relatives, who had to oversee her actions.

Desperate to get her child back, Rebecca sought information from a doctor who prescribed buprenorphine (Suboxone, Subutex) for addiction treatment. She told him about her situation, and he said repeatedly that “it wouldn’t be a problem. That gave me the idea to look into what he was saying.” Rebecca discovered that the drug tests used by the state do not test for buprenorphine, and she enrolled in a program that provided it. By then, her son had been in foster care for months.

As the Daily Beast’s Rachel Blustain writes: "[The day the boy was returned], Rebecca said, a caseworker who visited her home told her: 'Y’all did good. Y’all are reformed. We actually changed you.’ What they did was terrify us, traumatize my son, ruin my relationship with my family, leave us in so much debt that we lost our house. I felt like they’d destroyed my life, even though everything I’d done since I’d found out I was pregnant was absolutely legal.”

There’s so much wrong with this scenario that it’s hard to know where to begin. How is it possible for judges to get away with such clear abuses of power, essentially practicing medicine without a license? How can entire social work bureaucracies be permitted to discriminate against people who are legally prescribed the best treatment for their condition? How can people who are charged with protecting the welfare of children fail to recognize that the worst possible thing you can do to a young child (who is not being abused or neglected) is to take him from his parent or parents?

It all comes down to stigma and the fact that addiction is still generally viewed as a crime, not a medical disorder. In Rebecca’s case, the moralism is unmasked and naked. Medications to treat addiction are not considered “real” medicine, and as a result an international medical consensus on the best evidence—normally given deference—is casually dismissed. Women with addiction cannot possibly be good mothers, so taking their children is always acceptable. Everyone knows that, right?

Addiction treatment isn’t “real” medical care, either. After all, it’s punishment gussied up as treatment, or rather, if it isn’t, it should be. That’s why maintenance is particularly suspect. It’s mere “substitution,” coddling the addict rather than forcing her to face the world. “Real” recovery doesn’t begin until it is stopped. Never mind the data: it’s “common sense.”

Unfortunately, the recovery community has been complicit in promoting these destructive assumptions. By insisting that abstinence is superior to maintenance—and by refusing to recognize that tolerance means that people on maintenance are not “always high” or “emotionally unavailable”—we have supported the denial of science.

The legal and child welfare authorities get away with ignoring addiction science because everyone else ignores it, too. When leading “experts” like Dr. Drew or recovering celebs like Russell Brand recapitulate myths about maintenance, they enable the perpetuation of the problem.

If we are going to view addiction as a medical condition, we have to accept all the medical science—not just the parts we happen to like. The science shows conclusively that people like Rebecca generally do better on maintenance than off: since that’s true, maintenance needs to be an option for parents like her, for people throughout the entire system who are offered “treatment, not punishment.”

It’s not OK for drug courts to refuse to see maintenance as treatment. It’s not OK for methadone and buprenorphine to be denied to prisoners or to anyone else. If it’s not acceptable to deny insulin to diabetics or antidepressants to people with depression, why is it OK to deny FDA-approved treatments for addiction that are actually the standard of care? The only answer is because we let stigma and the view of addiction as a sin dominate.

Of course, this doesn’t mean everyone with an opioid addiction should be on maintenance for life, but it does mean that people should have that option: Neither type of recovery should be seen as superior. Instead, each person needs to find what works best for them.

Consequently, no one should be encouraged to stick with a treatment that has terrible side effects for them: Some people find methadone numbing, and they may need abstinence or a different maintenance drug; others find abstinence unsustainable and life without opioids unbearable, and they may need lifelong maintenance. In addiction treatment, as in medicine, one size doesn’t even fit most.

“Methadone was one of the best things that ever happened to me,” Rebecca says. "Without it, I don’t know where I’d be. People are trying to get better by taking methadone. But nothing they did was in the best interest of my child.”