Will Apple jam your iPhone? 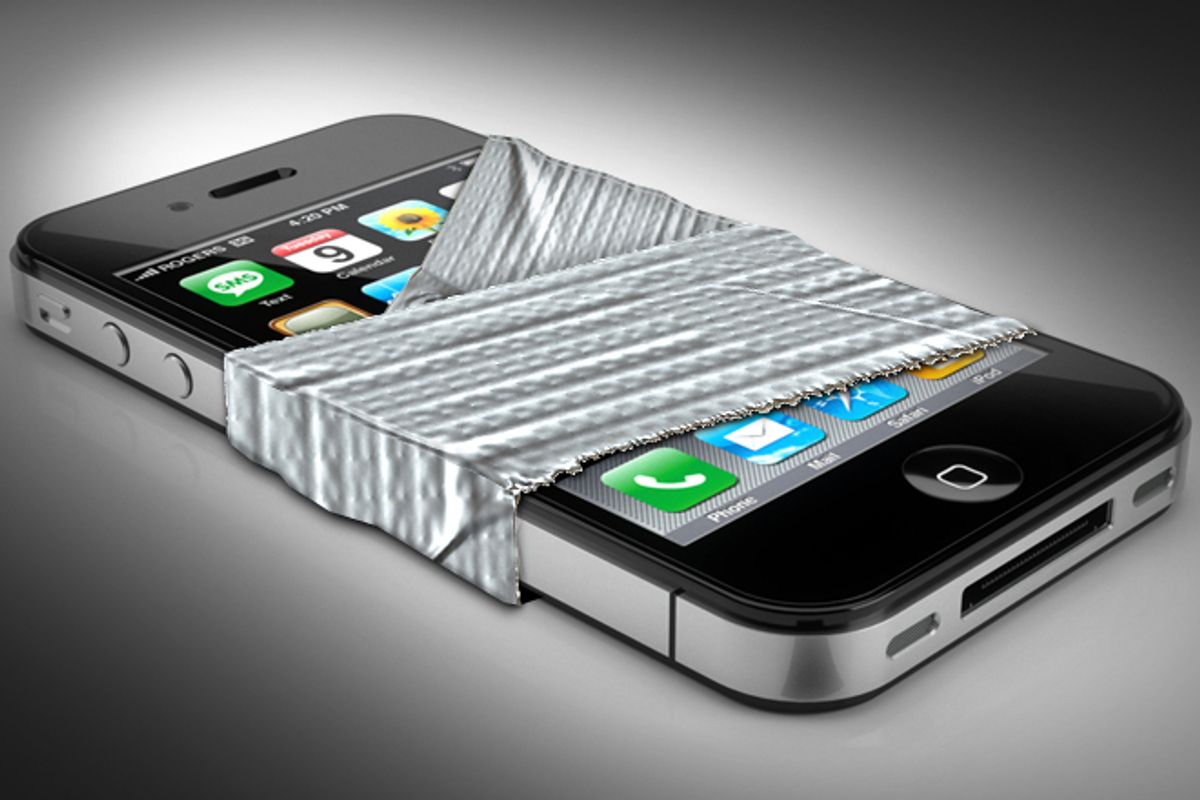 The Romney "secret" fundraising video reminds us all of a basic truth of the contemporary age: If something can be recorded, it will be recorded. The debut of the inexpensive hand-held camcorder almost 30 years ago first clued us in to the new-world panopticonic order. Today, camera phones are so ubiquitous that it's a surprise every time something like the Romney video leaks out. Doesn't everyone know that you're never safe? Isn't one of the chief requirements for being a successful modern politician the ability to never say anything that can be used against you by your enemies, wherever you are or whomever you might be talking to? Because you will get caught. That waiter, Mr. Billionaire, is not your friend -- especially when you happen to be discussing his or her deadbeat Obama-love.

But what if the technological pendulum swung the other way? News is trickling out from various civil liberties and Apple-watching sites that on Aug. 28, Apple was granted a patent that would facilitate the ability to switch off smartphone functions remotely. The patent application lists loads of useful applications: Movie theaters could squelch noisy cellphones, cars could prevent texting, and airline operators could ensure, once and for all, that everyone's smartphone went directly into airplane mode. Heck, according to the patent application, you could even stop camera phones from recording.

In another embodiment, a WiFi-based command is emitted within a certain facility (for example, a locker room, a government building, or the aforementioned movie theater). The command instructs the device to enter into a "lockdown" mode. Different facilities may enact different "lockdown" modes. For instance, a locker room facility may issue a command that prevents use of a cellular phone camera or laptop computer camera while in that area, thereby preventing surreptitious imaging of customers/users. Customers of such facilities may be willing to pay extra for the peace of mind associated with knowing that they are not being secretly photographed.

Note the reference to "government buildings." Because, you know, why should the people have a right to record what their elected officials are up to?

In the United States cellphone jamming is generally considered illegal, since interfering with radio signals is prohibited by the Communications Act of 1934. The laws on when and where it is permissible to record video are much more complicated. But you can bet your bottom dollar that if the organizers of presidential fundraising events had access to the kind of technology described in Apple's patent, they'd use it. You'd also have to guess that the governments of, say, China or Russia -- or Egypt, Syria or other Middle East countries -- would jump at the opportunity to stop unauthorized recording of anything deemed unacceptable. It's also not too much of a stretch to imagine a future incarnation of the U.S. Congress requiring that similar technology be baked into all smartphones. Crowd getting a little rowdy? Turn off everyone's iPhone!

Technology giveth, and technology taketh away. Sure, there are obvious serious implications for personal privacy in a world where everyone is being recorded, everywhere, whether by private parties or by governments, but I've always applauded the rise of the camera phone-armed citizen. The more eyes we have on the world, the better equipped we are to document and prevent abuses of power.

But at the same time, it's not as if we're endowed with an inalienable or constitutional right to record our surroundings -- our current capabilities are merely a function of technological progress, of the ever cheaper and more powerful microchips bequeathed to us by Moore's Law. There is certainly no guarantee that we'll always enjoy full access to our new powers. Quite the contrary -- what Apple's patent tells us is that they can be taken away with the click of a button.