And, according to Shakur, Tony Danza was "real, real cool" 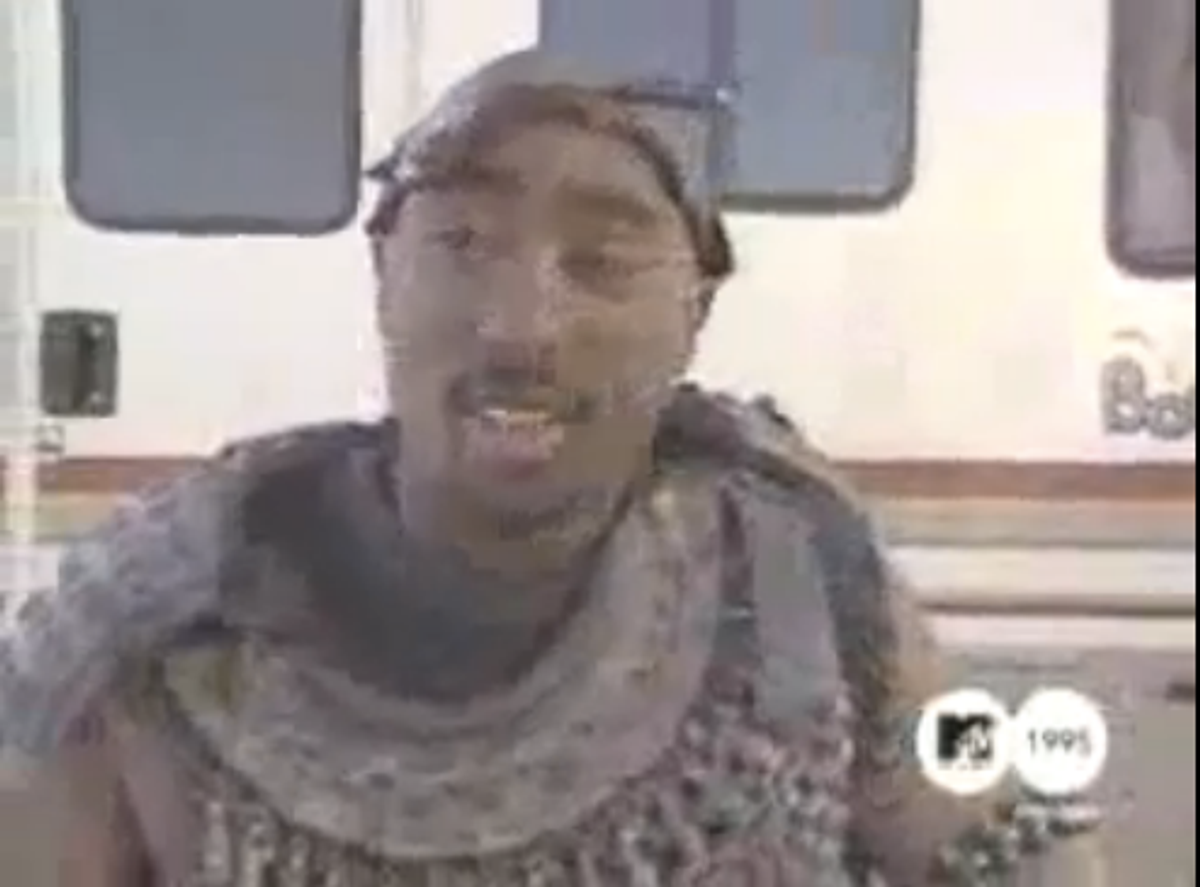 As Danza explains it to Access Hollywood, Shakur's singing and acting inspired Danza to reach out to him in jail:

“I was trying to make a point that since he had five bullets holes in him and he was in jail and he’s the same guy that wrote ‘Dear Mama’ and did all those great acting roles, I said, ‘Maybe there is a better way to do this. Maybe, I know you can’t be a goodie two-shoes in your business, but maybe there is a way to inspire kids,” Tony said, recalling his exchange with Tupac while he was behind bars in 1995.

Tupac wrote and told Danza,"Thanks for understanding me," which struck up an unlikely correspondence between the two. They met before Shakur passed away in 1996.

As if evidence of these letters isn't amazing enough, after website Uproxx posted this story, a commenter found an MTV video of  Shakur (presumably on the set for "California Love"), calling Tony Danza "the man."  Shakur said, “Now I’m Tony Danza all day. Nobody can’t say nothing bad about Tony Danza, 'Taxi,' or 'Who’s the Boss?', nothing he did … I’ll start swingin’."

In other words, the song might as well have been called "Danza Love."