Yes, two of them 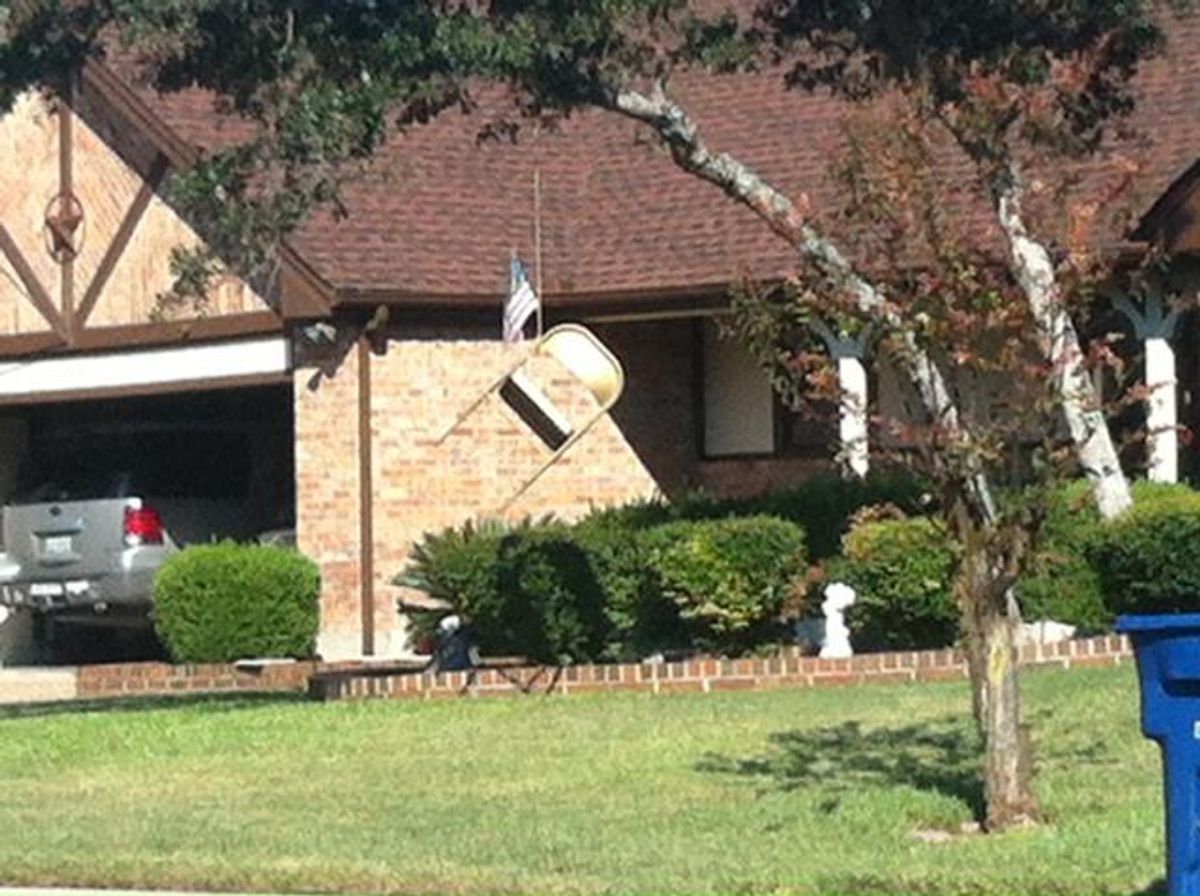 Two people may have single-handedly set back civil liberties by nearly 100 years by hanging Obama effigies in their yards. The chairs, on display at two Centreville, Va., and Austin, Texas, homes, are a reference to Clint Eastwood's chair speech, and conjure memories of mob lynchings once common in the South. Technically, it's a free country, and it's their right, but the symbolism behind the actions of just a few is disturbing for the rest of America.

Burnt Orange reports that when one woman complained to the Texas homeowner, he said, "I don't really give a damn whether it disturbs you or not. You can take [your concerns] and go straight to hell and take Obama with you. I don't give a shit. If you don't like it, don't come down my street." The man has since added an American flag to the chair.

UPDATE: KEYE TV in Austin has uploaded a reluctant interview with the Texas home owner, who took down the chair and moved it because, "Does anybody else that's got a chair sitting out receiving the same harassment that you guys are giving?"