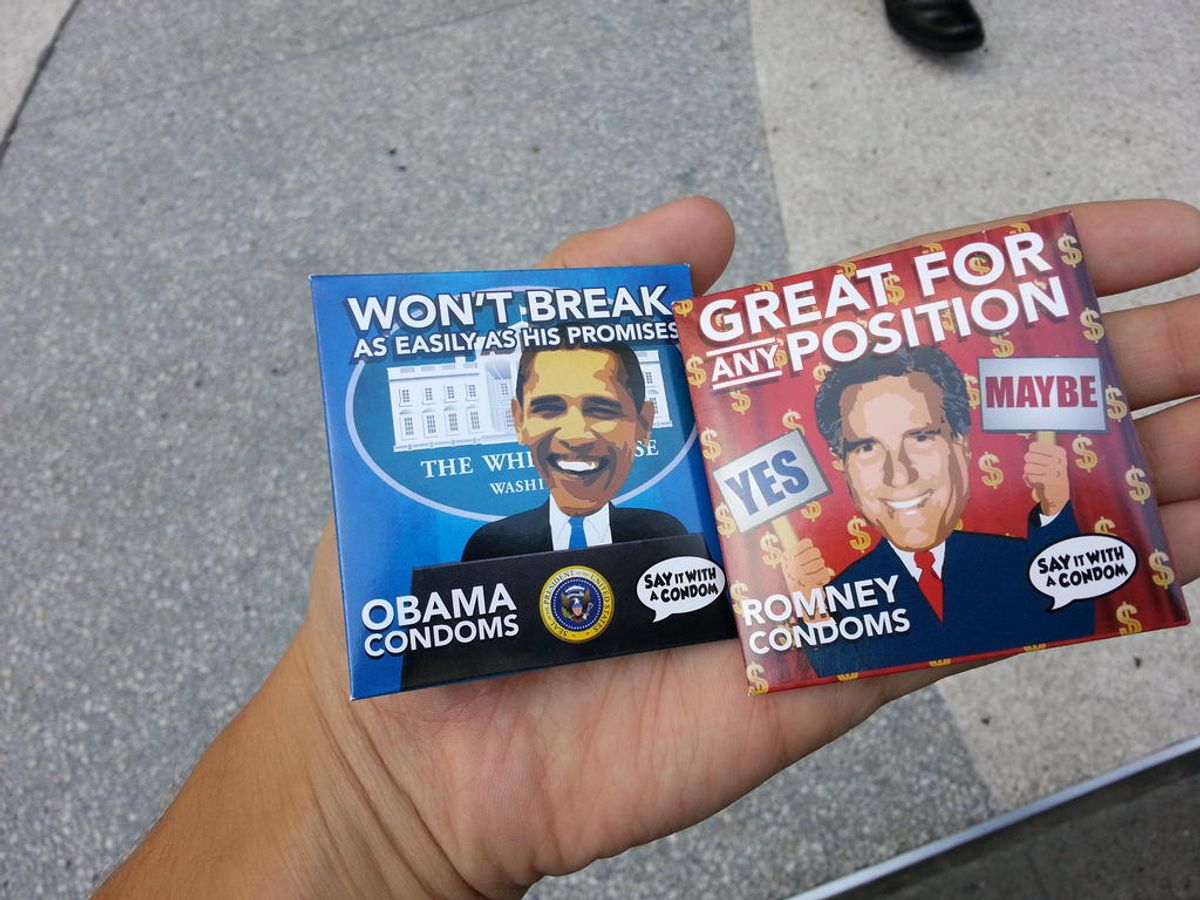 In a cruel turn for sex fans everywhere, and another unwelcome intrusion of politics into the bedroom, Obama and Romney condoms are being handed out in New York.

Videographer Tim Pool snapped this image of the free novelty prophylactics at an anti-Occupy protest, staged by activists from Koch brothers-funded Americans for Prosperity.

Update: Salon would like to thank the salacious minds that responded to our call out for alternative condom slogans. The Romney condom packet carried the slogan "Great for Any Position" (as a barb at the presidential not-so-hopeful's flip-flopping). The Obama condom read, "Won't break as easily as his promises." We asked readers if they could do any better. Here are a few great alternative suggestions proposed by readers.