To win back the Senate, the GOP will need some of the Obama voters Romney disparaged on tape 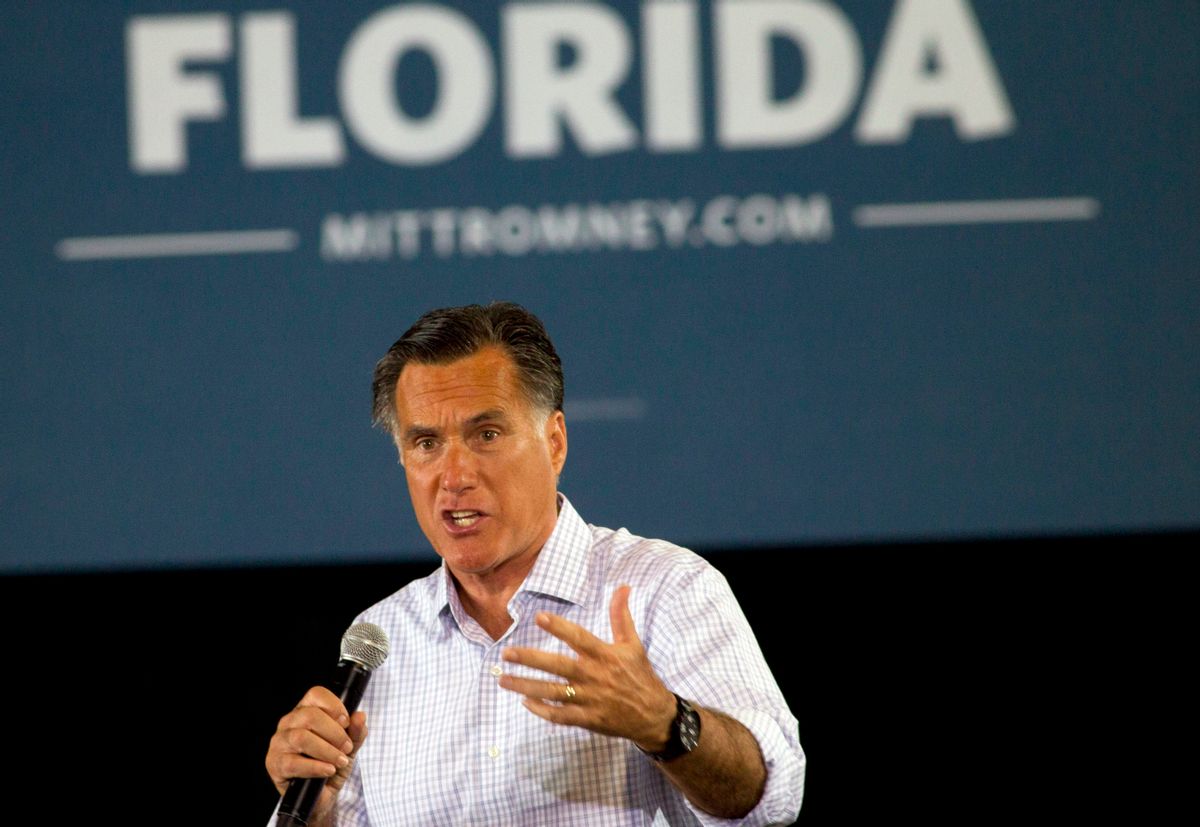 Mitt Romney is hardly getting blown out in the presidential race, but Republicans seem to be weighing the possibility that he’s becoming a drag on their chances in some key down-ballot races.

Romney has consistently trailed President Obama by several points in national polling, and the fallout from his secretly recorded “47 percent” comments that surfaced this week could worsen that deficit. In swing states and Democratic-friendly states, the comment has put Republican Senate candidates in a particularly tough spot. After all, it was Obama voters that Romney was disparaging, and in many of these states Obama voters make up significantly more than 47 percent of the electorate.

So far, four Republican Senate candidates have publicly distanced themselves from Romney’s remarks. The newest is Linda Lingle, the popular former governor of Hawaii who is waging an uphill fight in the blue state where Barack Obama was raised.

"I am not a rubber stamp for the national party and I am not responsible for the statements of Mitt Romney,” Lingle said in a statement released Wednesday.

"With that said, I do not agree with his characterization of all individuals who are receiving government assistance, as I know many of them are driven, hard-working individuals who are actively working to better the situation of their ohana. It is not fair to place these individuals into any one category."

Previously, Scott Brown in Massachusetts, Dean Heller in Nevada and Linda McMahon in Connecticut separated themselves from Romney’s remarks.

In a way, this isn’t too surprising. Romney was always going to lose Hawaii, Massachusetts and Connecticut, so his potential to drag down GOP candidates in those states has been obvious for the entire campaign. And while Nevada is more of a swing state, albeit an Obama-friendly one, Heller is locked in a tight race with his Democratic opponent, Rep. Shelley Berkley, and has little to no margin for error.

Romney was never going to be much of a help to his party in these races, but he absolutely can be a liability. The more unpopular he becomes in blue states and swing states and the more attention he receives, the harder it becomes for Republican candidates to separate themselves from him and to encourage ticket-splitting by voters.

To have any realistic chance of winning back the Senate, national Republicans badly need Brown to hang on to his Massachusetts seat, and he’s been falling behind in the most recent polls. A victory by Heller, who was appointed to his seat after John Ensign’s resignation last year, is equally critical for Republicans. The GOP has also been hopeful of pulling off an upset in Connecticut, where McMahon’s heavy personal spending has made her race with Democrat Chris Murphy competitive, and (at least earlier in the cycle) held out hope for Lingle too.

Brown’s recent polling struggles in Massachusetts, as Josh Marshall points out at TPM, have coincided with what has been a very rough two-week stretch for Romney, and a very good one for Barack Obama. In this same period, as Marshall also notes, Democrat Tammy Baldwin has surged in her Wisconsin Senate race against Tommy Thompson (who has actually stood by Romney on the “47 percent” issue). Marshall writes:

This could also be a function of Democrats coming home in the wake of the party’s successful Charlotte convention, and not so much a result of Romney’s struggles. But to win back the Senate, Republicans will need to earn the votes of many people who are voting for Obama at the top of the ticket. At the very least, this week’s developments won’t make that task any easier.