A return to economic sanity

Miracle at the Fed: A hawk becomes a dove, signaling hope, change and job creation are possible in a second term 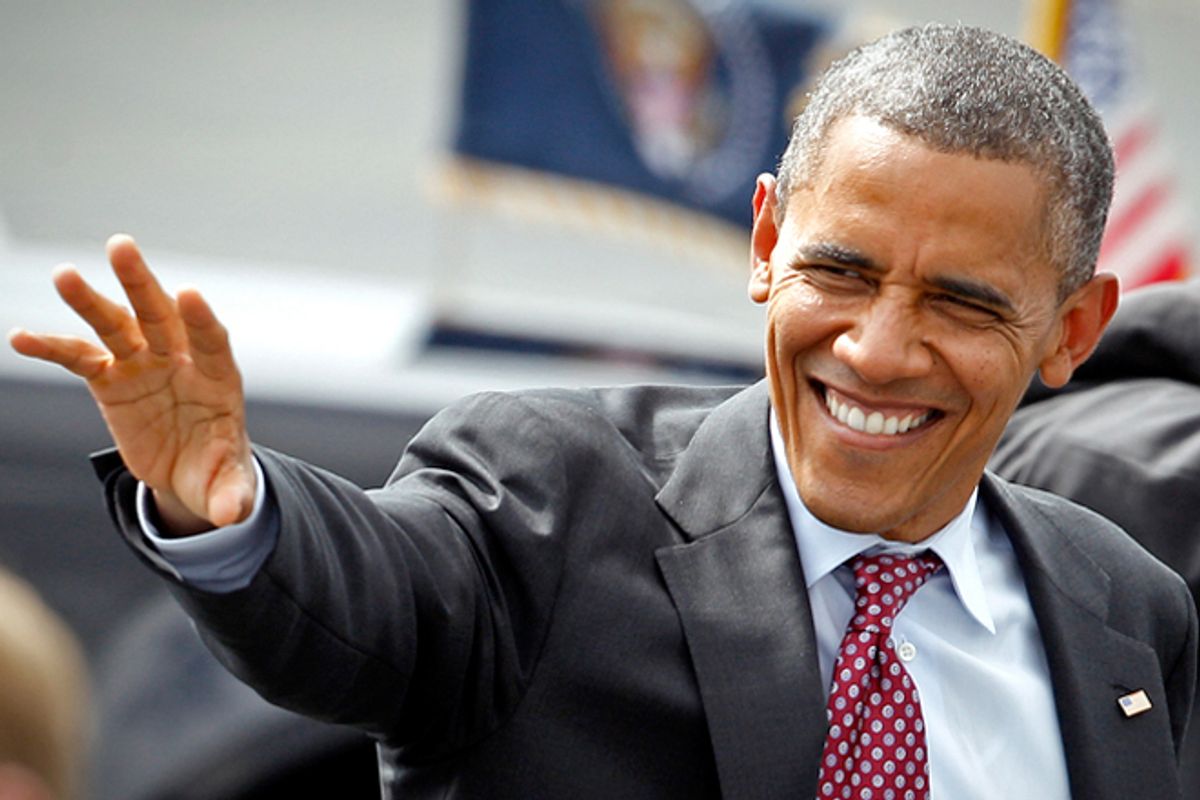 Seven weeks before Election Day in the United States, a wonky speech by the president of a regional Federal Reserve Bank is hardly the kind of thing likely to make waves in the larger political discourse. At this point in the campaign, even the most die-hard economy watchers tend to be obsessed more by the latest poll numbers in Iowa or Colorado than the intricacies of monetary policy. Meanwhile, the politicians that one might hope would be focusing their attention on spurring economic growth are locked in a permanent nightmare of partisan sniping. Don't look for sense from Congress -- just try to keep your head down and avoid the mud.

But that's all the more reason why the speech delivered Thursday by Narayana Kocherlakota, president of the Minneapolis Fed, is worth paying attention to. Because an amazing, remarkable thing happened in the course of that that speech: A hawk became a dove! One of the Federal Reserve's strongest critics of aggressive monetary policy aimed at bringing down unemployment changed his mind.

It's not an exaggeration to say that the U.S. economy might ultimately be the better for this. And it certainly wouldn't be remiss to hope that Kocherlakota's outbreak of sanity is catching. Because maybe, just maybe, if Obama wins reelection, while at the same time a consensus continues to develop on what concrete actions need to be taken to create jobs and spur growth, the next four years could end up being much better than the last.

Here's the back story: The Federal Reserve is required by Congress to pursue a "dual mandate" of keeping both inflation and unemployment low. This has proven to be a tricky balancing act, because there is a risk of pushing inflation higher when executing stimulus measures designed to boost employment. In Fed-speak, "hawks" favor keeping inflation low and "doves" favor focusing on employment. There's a rough equivalence to political positions. Hawks cluster in the conservative camp -- while the current "ascendance of doves" on the Federal Reserve's policy-setting Open Market Committee is a direct result of the influence of new appointments to the Fed by President Obama.

Kocherlakota has long been considered a fierce hawk. In August and September 2011, when he served on the Open Market Committee, he twice voted against the Fed's decision to engage in mildly stimulative policy, part of a historically unusual three-member dissent. But in his speech Thursday, Kocherlakota proposed a policy in which the Fed would explicitly promise to keep interest rates at effectively zero until unemployment drops to 5.5 percent (as long as inflation never rose about 2.25 percent). His proposal represents a clear change of heart, and implicitly endorsed the new program of quantitative easing announced by Fed Chairman Ben Bernanke last week. The dual mandate wins.

Kocherlakota is no ordinary hawk. In 2009, he was one of 270 economists who signed a petition organized by the Cato Institute opposing any fiscal stimulus -- at a time when the U.S. economy was in deep recession. He has long argued that the unemployment problem in the United States is "structural" -- by which he meant that there was mismatch between the jobs available and the skills possessed by workers. Believers in "structural" unemployment tend to oppose stimulus of any kind because they believe that the economy simply has to work its way through the process of painful restructuring before labor markets can get healthy again. Structural transformations take time.

So why did Kocherlakota change his mind? In an interview with the Financial Times conducted after his speech, he suggested that his understanding of the economy had changed in recent years.

Demand shortfalls! Them's (Keynesian) fighting words. The notion that a lack of demand is the reason why economic growth is so sluggish and unemployment so high simply begs for a policy response that stimulates demand. It's hard to believe, but Kocherlakota has gone from signing Cato Institute petitions to essentially embracing Paul Krugman's diagnosis of what ails the economy.

OK, maybe that's a little too strong. But the big picture here is very encouraging. Kocherlakota changed his mind because he was convinced by new economic research. In other words, he paid attention to the data. Let's hope his example encourages more economists -- and eventually, politicians -- to do the same thing. It would be good for America.

Last week, the Fed signaled that it would do what it takes to spur economic growth. Today, a conservative Fed bank president gave his blessing to Fed action, and even proposed a way to strengthen the plan, by committing to continue action until a specific level of unemployment was reached. Imagine if the Fed's new policy works! What if sanity started to spread? What if more people took to heart the core message of Kocherlakota's speech:

"My building on President Evans’ creative proposal in this fashion is, I think, indicative of how the Federal Open Market Committee operates. The making of monetary policy under Chairman Ben Bernanke’s leadership is a distinctly collaborative process. Obviously, we don’t always agree with one another. It would be surprising if we did in such unusual economic conditions. But we learn continually from each other’s points of view. In that way, I believe that we can start to make progress on the challenging economic problems we face."

It's been a tough four years. A wrecked economy and bitterly polarized political system have trampled into smithereens the chance for any bipartisan approach to tackling the real obstacles to growth and employment. But it doesn't have to be that way. The worst is well behind us, and the Federal Reserve is finally taking its dual mandate seriously. If Obama is reelected, and economic growth resumes, the next four years could be far less stressful -- and far more amenable to cooperation.

I know, I know, it sounds crazy. But I just watched a hawk turn into a dove. Now I believe anything is possible.