Is there anything else worth knowing about the movie? 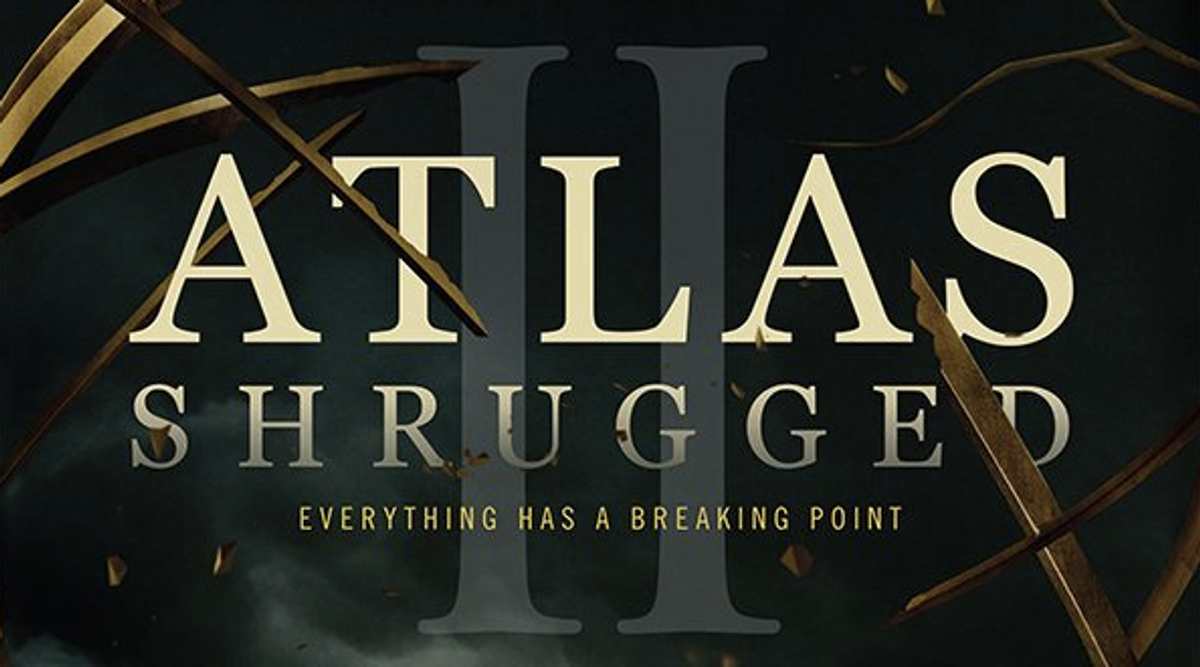 Considering that "Atlas Shrugged" was a 2011 box office flop (and boasts an 11% rating on Rotten Tomatoes), it's not clear how much of America will bother watching "Atlas Shrugged Part II," the second movie in the Rand-based trilogy. But one change, according to Slate's Dave Weigel, may increase its appeal: a new, slightly more obscure cast that rings true to the low-budget, independent spirit of the movies:

For all the mockery, for all the liberal gloating about box-office numbers, the first "Atlas" film accidentally cast too many successful actors. Taylor Schilling, the original Dagny Taggart, went on to co-star in "The Lucky One" and the upcoming Ben Affleck movie about the Iran hostage crisis. “She’s a bona fide movie star now,” says Aglialoro. So she’s been replaced by Samantha Mathis, a ’90s star who’s been mounting a kind of comeback. The rest of the cast is also new. It’s libertarian cinema by way of "Doctor Who."

But the best part is probably going to be, as Weigel calls it "an impromptu game of 'hey, it’s that guy!'" The number one "that guy" is Biff from "Back to the Future," known only to his family (maybe) as Thomas F. Wilson. Is Biff going to be a huge jerk in "Atlas," too? No idea, but seeing as he plays the chairman of the Taggart board -- Rand's insufferable heroine -- the answer is probably yes.

Does Paul Ryan have his ticket?