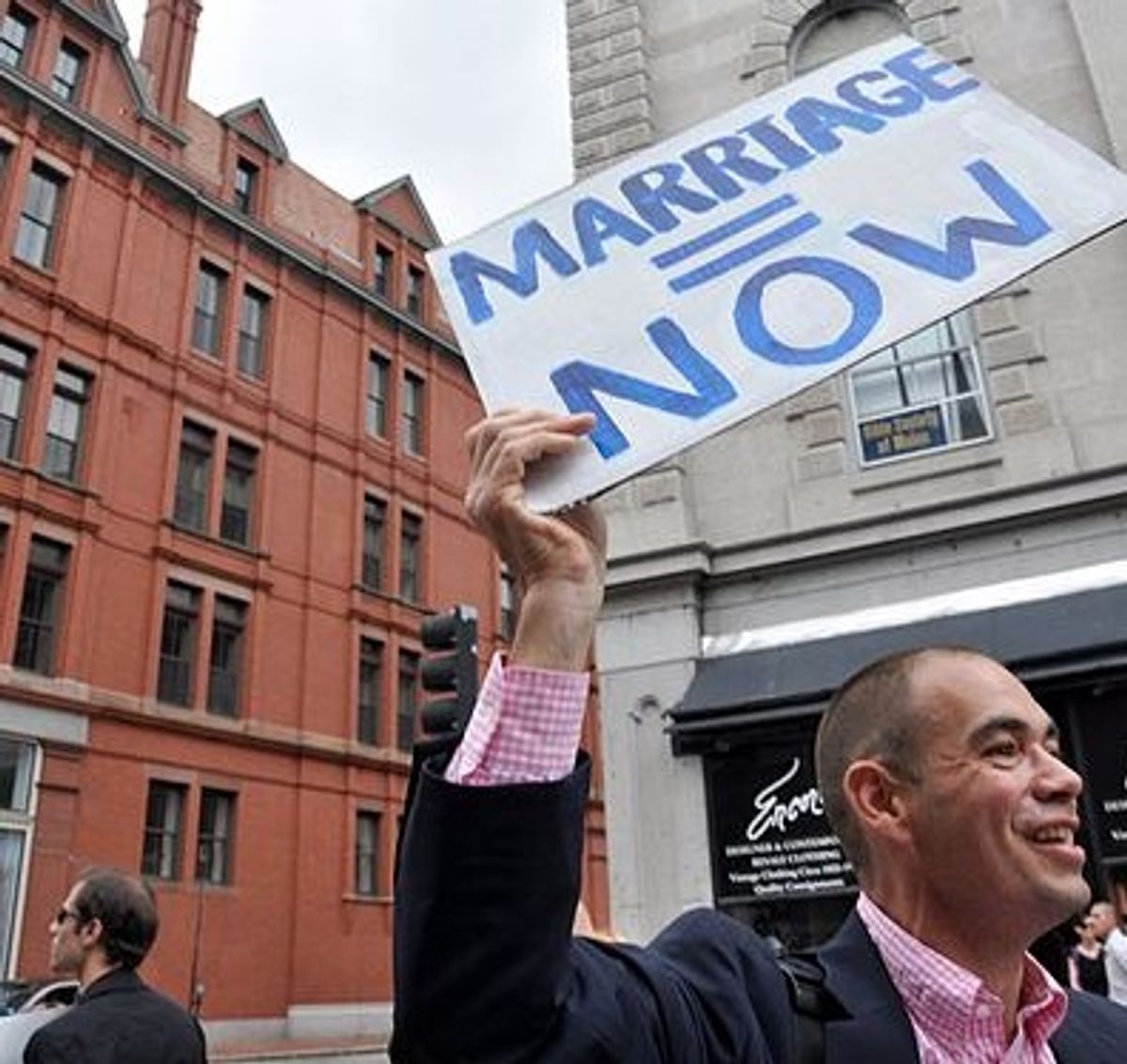 The National Organization for Marriage is pumping money into the campaign that opposes Maine's November ballot question seeking to legalize same-sex marriage.

The Washington, D.C.-based group transferred $250,000 on Thursday to the Protect Marriage Maine political action committee, which is spearheading the campaign against the ballot initiative, said campaign manager Frank Schubert.

Schubert said the Maine election has national implications because the state could become the first where same-sex marriage is legalized in a popular vote.

"It is a critical race for the survival of the institution of marriage in this country," Schubert said. "It's a race that the entire nation is looking at and will have an impact far beyond the borders of Maine."

The National Organization for Marriage is a leading national anti-gay marriage group that has opposed same-sex initiatives in multiple states. Schubert, whose efforts are funded by the organization, also is managing other campaigns in opposition to same-sex marriage in three other states: Maryland, Washington and Minnesota.

Schubert's announcement came during a telephone conference call Thursday night with the co-chairman of Protect Marriage Maine and other gay marriage opponents.

Opponents in Maine thus far have raised only $100,000 to $200,000, Schubert said, while same-sex marriage supporters have said they expect to raise and spend $5 million or more.

Schubert said recent polling suggests that the race is close.

Opponents are confident the question will fail given that the opposition campaign has yet to kick into high gear and supporters of gay marriage have been working for a long time trying to persuade people to support gay marriage, he said.

The Maine Legislature in 2009 legalized same-sex marriage, but voters later that year overturned the law 53 percent to 47 percent.

In Maryland and Washington, residents are voting in November on ballot questions that would overturn same-sex marriage laws passed by those states' legislatures. Voters in Minnesota are voting on a constitutional amendment that would define marriage as a union between a man and a woman.