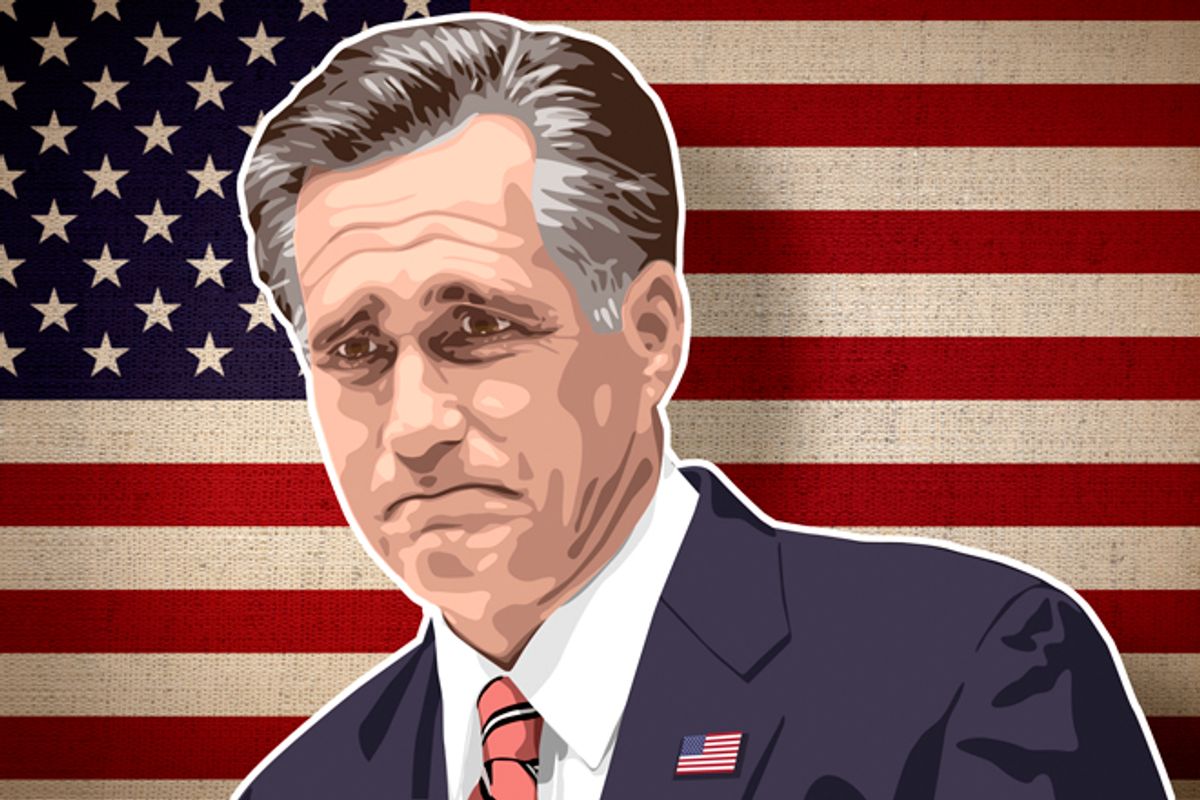 We'll be poring over the actual returns soon, but an initial release from the Romney campaign has already told us a couple of amusing things.

First, Mitt and Ann Romney donated a whole heck of a lot of money to charity in 2011 -- $4,020,772, to be exact, or about 30 percent of their total income. But they chose only to claim $2.25 million of that total as charitable deductions, because, well, otherwise their overall tax burden would have been a little, shall we say, light.

The Romneys’ generous charitable donations in 2011 would have significantly reduced their tax obligation for the year. The Romneys thus limited their deduction of charitable contributions to conform to the Governor's statement in August, based upon the January estimate of income, that he paid at least 13% in income taxes in each of the last 10 years.

Without claiming the total legally possible deduction, Romney ended up paying an effective tax rate of 14.1 percent. If he'd claimed everything he had a right to, he would only have paid around 12.1 percent.

There's something both hilarious and pathetic about a presidential candidate manipulating his deductions so he ends up paying what he considers a more politically appropriate tax rate. But it's especially ludicrous in light of Romney's numerous claims that he's always paid the government exactly what he owes, "and not a dollar more," implying that anyone who voluntarily gave the government more than he legally owed was either a fool or a moron.

Romney is even on record declaring that the act of paying more than he owed would mean he shouldn't be eligible for the presidency!

From time to time I've been audited, as happens, I think ,to other citizens as well, and the accounting firm which prepares my taxes has done a very thorough and complete job pay taxes as legally due. I don't pay more than are legally due and frankly if I had paid more than are legally due I don't think I'd be qualified to become president. I'd think people would want me to follow the law and pay only what the tax code requires.

So! A change in tune. A flip-flop, even.

But the true puzzler is why Romney would imagine that artificially boosting his tax rate to 14.1 percent would help him with any voter who isn't already outraged at how low Romney's tax burden is. As has been pointed out numerous times this week, the average worker's payroll tax rate equals 15.3 percent of their income. So even with the jiggering, Romney paid a smaller percentage of his income as taxes than many members of the 47 percent he trashed in his Boca Raton, Fla., speech to fundraisers.