Top Dem: Romney will give us the House

The chairman of the DCCC says Romney is a "majority maker" 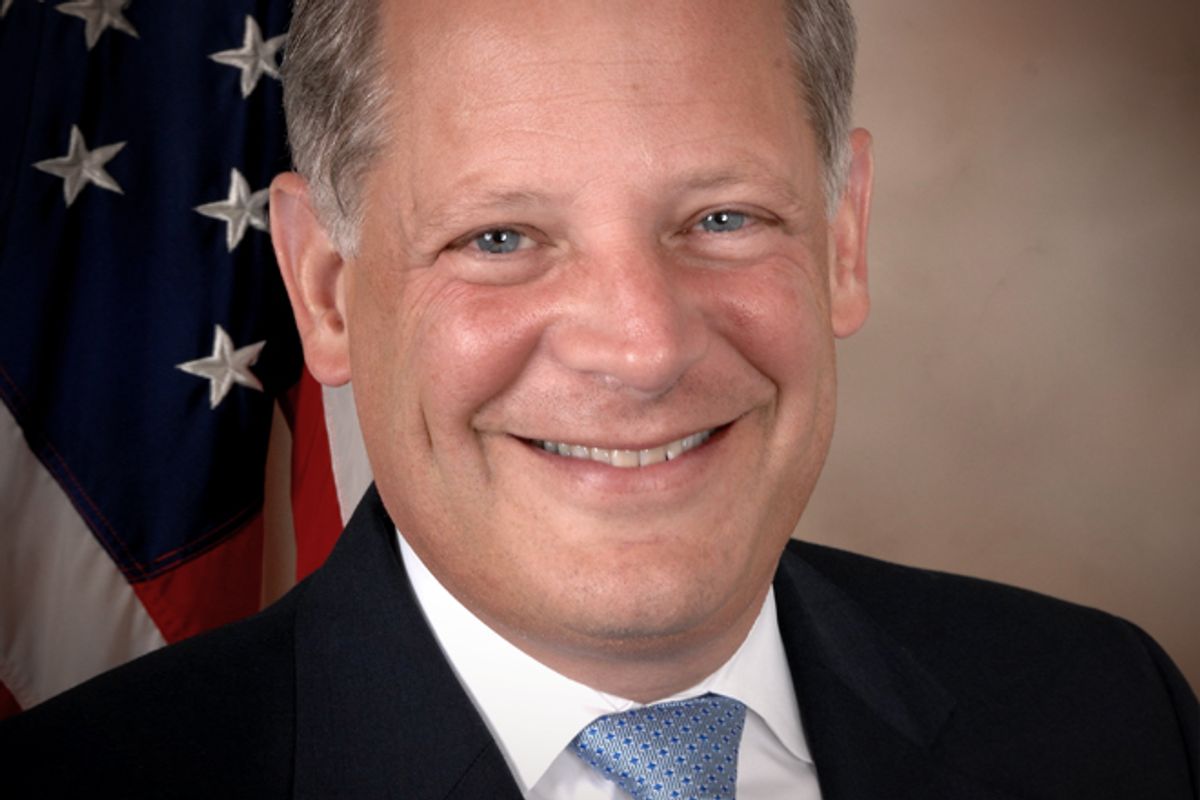 If Mitt Romney goes down on Nov. 6, Democratic Congressional Campaign Committee Chairman Rep. Steve Israel, the man tasked with electing Democrats to the House, thinks Romney will take the lower chamber with him. “Bottom line is this: Mitt Romney has been a majority maker for the DCCC,” Israel told reporters today at a press conference in Washington with over a dozen top Democratic candidates. “He and Paul Ryan and their values and their priorities have put this House in play.”

Even if Mitt Romney’s “47 percent” comments are not having much of an effect (or are maybe even helping) in the presidential race, the real impact could be felt down-ballot, where Democratic candidates in blue or bluish districts are using Romney’s words against their opponents. Israel said he expects the comments to have an impact and the DCCC to use them in upcoming ads. And while he said he hasn’t seen any specific polling on the comments, he explained: “I can tell you based on polls after he chose Paul Ryan and doubled down on the attempt to end Medicare in order to strengthen millionaires, since the month of August, we have seen empirical evidence that the winds have shifted considerably ... Races that were on the bubble in the beginning of August are now solidly in play at the beginning of September.”

Israel and Nancy Pelosi have predicted that Democrats will take the lower chamber, even though pretty much everyone else thinks that’s “wildly optimistic,” as Salon’s Steve Kornacki wrote. Democrats need to win a net 25 seats to wrest control from Republicans, but independent analysts don’t see anywhere near that as realistic. The Cook Political Report, the Rothenberg Political Report, Larry Sabato and other well-respected handicappers all agree Democrats will be lucky to gain seats in the low double digits, let alone 25. Even Dick Durbin, the No. 2 Democrat in the Senate, said this week that he sees a “Republican majority in the House but less than it is today.”

Israel said he tunes out the “pundits and prophecies” and focuses on the ground, but used a football metaphor he has often deployed to explain why he’s confident about Democrats’ prospects, thanks to Romney: “When you have the ball on your opponent's 20-yard line, your ability to score a field goal largely depends on the wind. If you have the wind behind you, you're gonna score. If you have a wind against you, you’re not going to score ... Right now we have a wind at our backs.”