Cecilia Gimenez, who became famous for "restoring" a fresco in a Spanish church, is looking to cash in 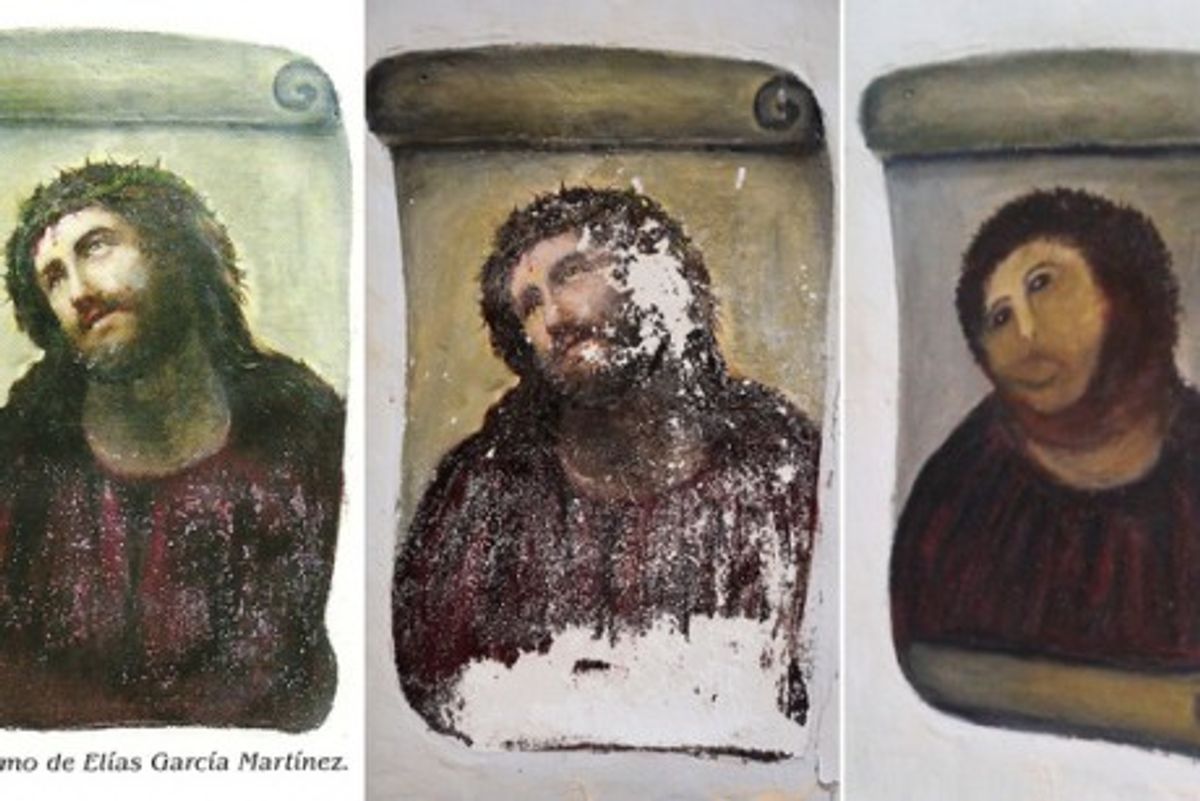 This article originally appeared on Hyperallergic

In what can only be described as the most unbelievable turn of events around the Beast Jesus debacle, Techdirt says the woman at the center of the global sensation is claiming copyright and wants a cut of the tourist money bonanza that has hit the small Spanish church.

Yes, octogenarian Cecilia Gimenez, who destroyed transformed García Martínez’s 19th-century fresco of Jesus into the now infamous Beast Jesus, isn’t pleased that she’s been left out of the spoils of her work. Spanish newspaper El Correo explains that since last Saturday the church has started charging visitors to the site and Gimenez wants some of the €2,000 they’ve raised in four days.

The site, which has become a tourist destination, is attracting travelers from around the world and people can’t seem to get enough of it. The newspaper mentions one bargain airline, Ryanair, is offering flights for €12 from the cities it serves to visit the site in Zaragoza, Spain, which is the closest major airport to the church.

No word yet if Gimenez, who wants to cash in on her “devotion,” is going to try to claim copyright of the meme too.