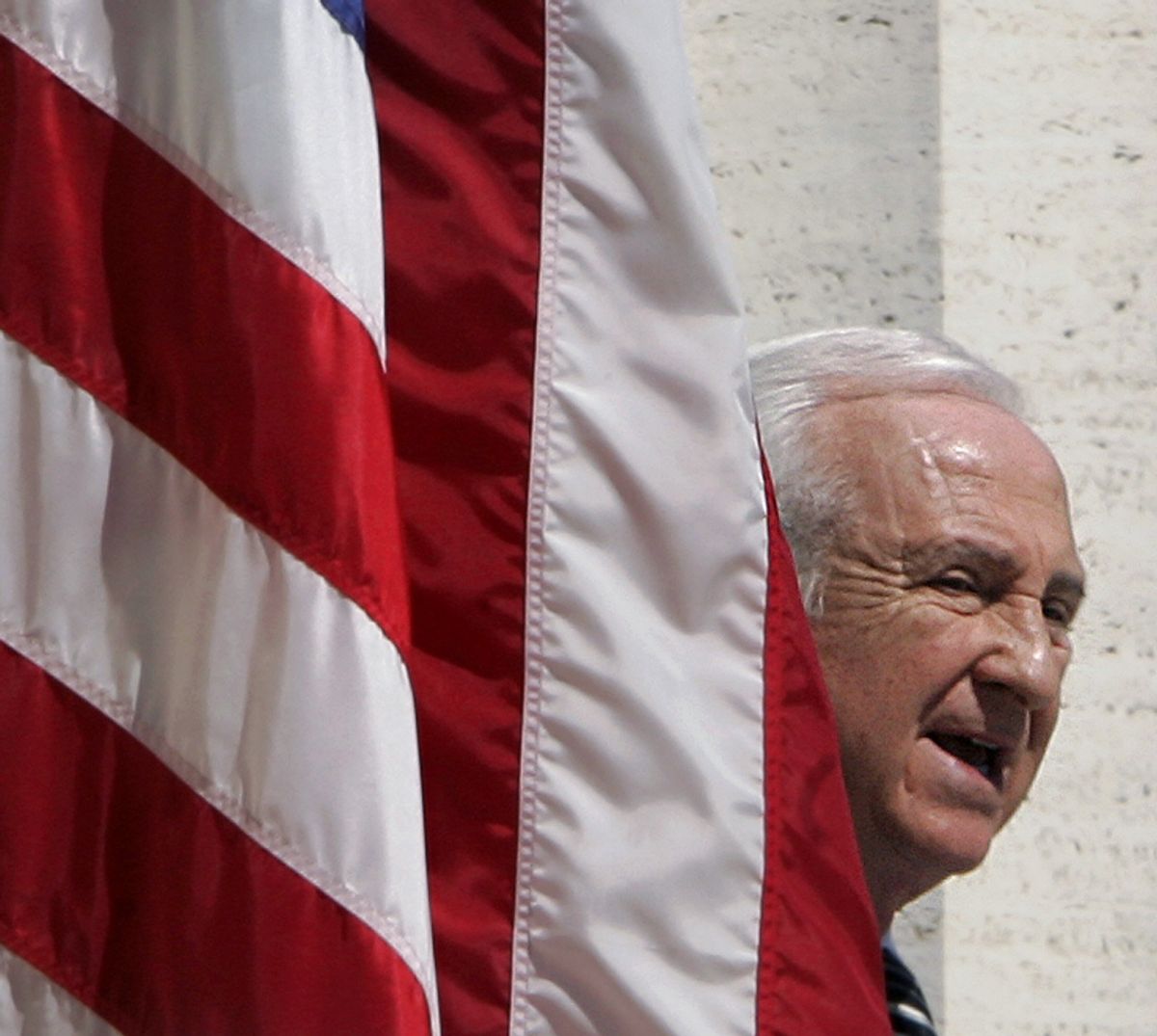 When the national political press writes about Republican financier Mel Sembler—a major Romney donor who formerly chaired the finance committee for the party (and the candidate himself)—it typically fails to mention his involvement in abusive addiction treatment and reactionary drug policy. For example, this recent Daily Beast piece on his fundraising simply notes that the Florida shopping mall magnate switched his political affiliation away from the Democrats in 1979 because of his opposition to marijuana use.

What it doesn’t mention is that he also founded a rehab that “treated” some 50,000 American teens with a dehumanizing daily routine often involving beatings, days on end of sleep deprivation, brutal restraints that often left youth wetting or soiling themselves, public humiliation (including misogynistic and homophobic insults), lack of privacy and other human rights violations including kidnapping and false imprisonment of both adults and youth.

Nor does it detail how that organization—Straight Incorporated—morphed into the Drug Free America Foundation (DFAF), a group that now fights to ensure that drug policy remains harsh and punitive. Last week, The Nation examined those connections, noting that 95% of the money donated to oppose Colorado’s marijuana legalization initiative, Amendment 64, comes from DFAF’s sister organization, also founded by Sembler and his wife, Betty, called Save Our Society from Drugs. If approved by voters on November 6, Colorado will be the first state to make it legal for adults (age 21 and up) to possess as much as one ounce of pot. The initiative, sponsored by the Campaign to Regulate Marijuana Like Alcohol, would bring the cultivation, sales and consumption of marijuana under state control. (The amendment was supported by a majority of voters, but recent anti-legalization agitprop has tightened the race.)

Writes The Nation's Lee Fang: Three years after Straight shut down, the Semblers changed its name to the Drug Free America Foundation, headquartered in St. Petersburg, Florida. The Drug Free America Foundation, a nonprofit that shares resources, an office and staff with the Save Our Society group financing the Amendment 64 opposition in Colorado, has a contract with the federal government to help small businesses develop their own drug-testing programs for employees. In 2010, taxpayers forked over $250,000 to a Sembler group to oversee a drug-free workplace program for the Small Business Administration. It also helps produce anti-marijuana literature and promotional campaigns.

Straight wasn’t abusive by accident: it was based on an organization called The Seed, which a Congressional investigation compared to the brutal brainwashing conducted by the North Koreans on American soldiers during the war. Sembler co-founded Straight, in fact, because The Seed had treated one of his children and he wanted its tough methods to continue to be used after that program was discredited by the federal probe.

In every one of the seven states where it operated from 1976 to 1993, Straight faced lawsuits and regulatory investigations because its tactics were so inhumane. The abuse wasn’t an aberration: it was the “therapy.” Every single teen at Straight had to sit up tall on a plastic chair for hours at a time; the only movement allowed was “motivating” or wildly waving one’s hands to be called on to speak. If a child refused to participate, hours of restraint would ensue. And participating involved disclosing your darkest secrets and then having that information used to break you.

But having no secrets may have been worse: Straight often admitted youth who were merely suspected of drug use, then subjected them to hours of confrontation to break through their “lies” and “denial.” This led many who had rarely or even never taken drugs to create elaborate tales of addiction, simply to stop the attacks. (For more on Straight’s abusive practices, see The Fix's “Mitt Romney’s Big Drug Problem.”)

Hundreds of former participants, not surprisingly, developed post-traumatic stress disorder, depression and worsened drug problems afterward—and there have been dozens of suicides that survivors of Straight say are directly linked to the program.

You would think that people who ran an organization like this would be in prison—or at least, wouldn’t be proud of their actions. The Semblers, however, have never renounced Straight: in fact, Mel Sembler’s online biography boasts that it was a “remarkable program” and claims that 12,000 teens graduated. When the ACLU called it a “brutal program” and a “concentration camp,” Sembler said that their opposition “just shows that we have been doing things right.”

Given their money and influence in the Sunshine State, the Semblers are feted as philanthropists—their past as operators of an organization that practiced what most human rights experts would label torture only rarely linked to their current advocacy for continued drug criminalization. DFAF is seen as a legitimate think-tank, despite the fact that under its prior name it engaged in “treatment” that would not be acceptable in prisons, let alone healthcare.

Whatever your views on the harms related to marijuana, there’s no evidence that our current policies—or abusive rehab or prison—in any way reduces them. And yet virtually all of the most vocal proponents of a marijuana-focused drug war—including Kevin Sabet, a former official in the drug czar’s office who has written countless anti-marijuana op-eds, including for The Fix ("The Case Against Medical Marijuana")—have ties to DFAF. Sabet, for example, has served on their advisory board and represented the group at international meetings.

DFAF fights not only against marijuana legalization and in favor of a strong role for law enforcement and the drug war. It also opposes two of the most effective ways to save the lives of addicted people: needle exchange programs and methadone and buprenorphine maintenance. At several UN-related meetings, it has countered efforts to include these and other evidence-based “harm reduction” policies in the agency’s documents and strategies. Using propaganda based on junk science, the group exaggerates the negative aspects of drugs, such as their addictiveness and health risks, portraying the marijuana “menace” as if informed entirely by the 1950’s Reefer Madness—a cult classic for its over-the-top pot panic.

Why is this group seriously? Why do we allow anyone who has not renounced abusive treatment to have any say about anything to do with drug users? Would we accept, in any other area of policy, the participation of leaders who deliberately enabled, ignored or even actively promoted the maltreatment of children? How can anyone believe that a group that brutalized drug users and even suspected drug users is a sane voice about policy related to them?

The obvious answer is politics: Sembler's fortune and influence in the swing state of Florida, together with his huge donations to the Republican Party, have long bought him not only access but appointments as an advisor on drug policy to presidents and governors, not to mention several ambassadorships.

But an even more insidious answer is that people with addictions are seen as less than human—and anything to “fight drugs” is still seen as acceptable, even if it backfires as destructively as Straight and bans on needle exchange and methadone have done. If we are to have drug policy that is both more humane and more effective, we need to stand with the survivors of Straight and not allow those who harmed them to inflict further harm on teens, drug users or those suspected of using.

If the supporters of marijuana legalization initiatives like Amendment 64 had a prior history of using force to convert prohibition supporters into drug users, would it be seen as irrelevant? Somehow I think not.