Second coming of the Myspace

The social networking site, tailored to musicians again, is attempting a second relaunch 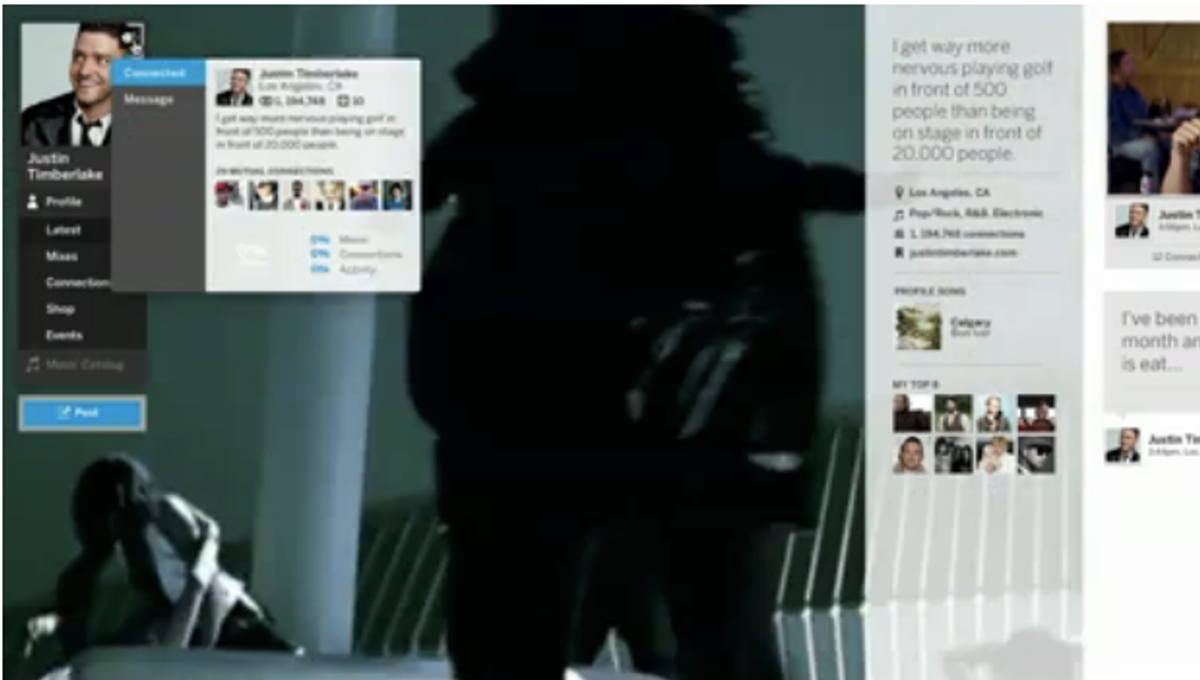 Myspace is running on its third life (after being rebranded from MySpace to My_____) under the management of Specific Media Group and Justin Timberlake. The social network, now oriented toward musicians, has released a preview of the site's features. According to Complex, here's what users can expect:

A preview video of the new Myspace shows that the new version of the site will sport a completely overhauled new look that seems to take a few cues from Pinterest, Tumblr and About.me. Users will be able to log in via Facebook and Twitter in addition to creating their own native profiles. The new profile features a large background image with a smaller profile photo in the upper left-hand corner. A stream of photos and status updates is arranged to the right of the screen in a manner that will be familiar to anyone who has used Pinterest.

In addition to the renewed focus on user profiles, the new Myspace will also allow users to create, share and discover music playlists, find music events, and, of course, interact with celebrities. There are also new tools for artists designed to help them communicate intelligently with their fan base(s).