Can climate change swing the election? 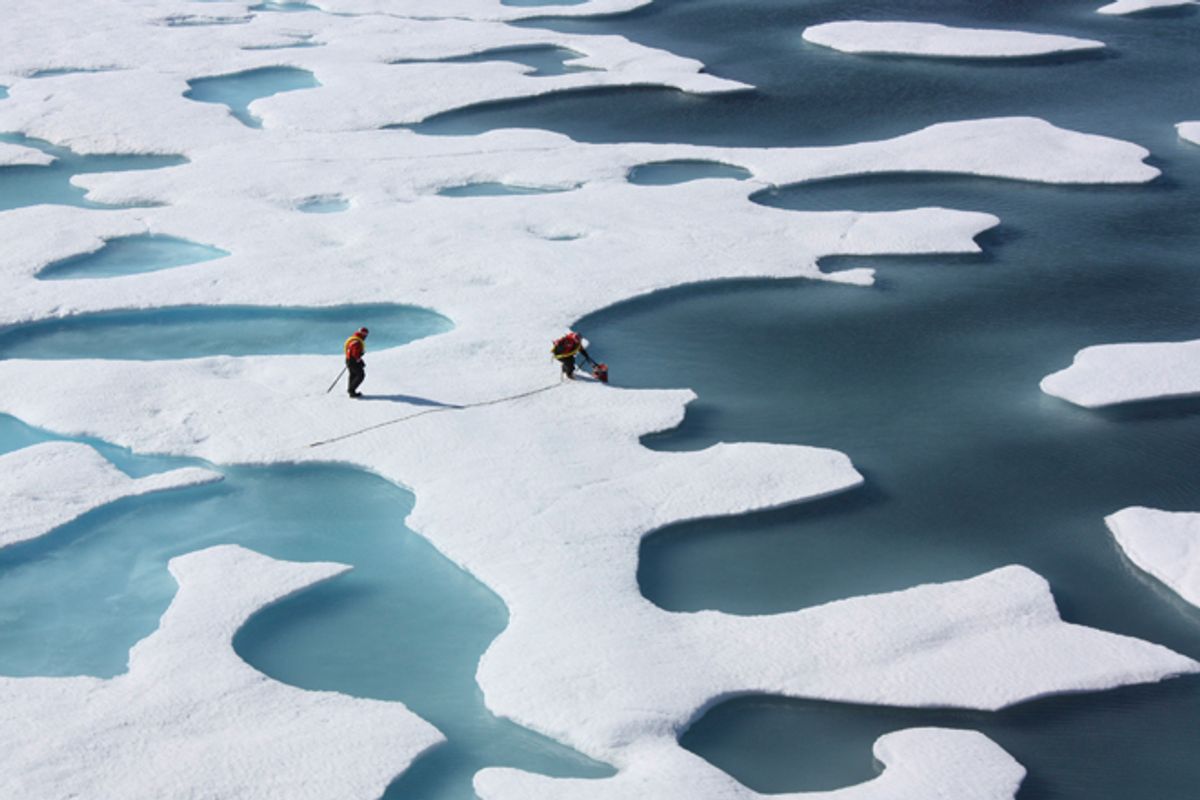 Summer is over, but temperatures are still rising, and at least some voters still seem to care. On Monday, the Yale Project on Climate Change Communication released the results of a survey suggesting that undecided voters "say that the presidential candidates’ positions on global warming will be one of several important factors determining how they cast their votes on November 6."

Therefore: "candidates may wish to communicate and clarify their position on climate change as election day approaches."

The catch: Large majorities of undecided voters, according to the Yale Project, believe that global warming is happening and that humans are causing it. But the vast majority of voters who have already decided to cast their ballot for Mitt Romney think otherwise. To win the Republican nomination, Romney has been forced to promise that a) he believes there is no scientific consensus around human-caused global warming, and b) he will under no circumstances do anything to restrict greenhouse gas emissions that might harm the fossil fuel industry.

So there you go, the strong, if unstated, implication of the Yale report: To make inroads with the remaining undecideds, Obama should ramp up his climate change rhetoric! It could seal the deal!

It's not as if climate change isn't in the news. The National Climatic Data Center just declared August 2012 the fourth hottest month globally since records started being kept in 1880. The Arctic ice cap melted to a historic low last week. The consequences of not taking any action at all get worse by the day. If there's also a political benefit to taking a stand on climate change, it seems criminal not to do so.

But some caution may be required.

First, it's not so clear that voters really care all that much about climate change. A recent Pew survey found that when swing state voters were polled on what they felt were the most important issues, "energy policy" came in 9th. Even worse, the percentage of all voters surveyed who rated energy policy as "very important" fell from 77 percent in 2008 to 55 percent in 2012 --"near the bottom of the voting priorities list."

Second, the fact that the voters who think climate change is an important issue haven't already decided to vote for Obama might have something to do with the president's track record. He never fought hard for a climate change bill, regarding it as a political liability during tough economic times. Obama's had a difficult enough time defending the legislation that he actually managed to pass. For him to start campaigning on an issue on which he made very little headway invites an embarrassing reexamination of how pathetic his achievements to date are.

In Iowa, Obama will continue to tout his support of a production tax credit for wind energy -- because that's a big industry in an important swing state. He'll also make sure to keep mentioning the improvements in fuel economy standards his administration has pushed through -- everybody wants to use less gas. He may also choose to repeat the line from his convention address stating that "climate change is not a hoax" -- that's exactly the kind of rhetorical device sure to test well with those climate-change-believing undecideds.

But if anyone is still hoping that a "clarification" of Obama's stance on global warming might include a robust endorsement of a carbon tax or cap-and-trade system to reduce greenhouse gas emissions, they are almost sure to be disappointed. He didn't make taking action a priority when he had big congressional majorities. He's certainly not going to make it a priority now.