Obama's edge in early voting; Akin stays in; Obama to UN; and other top Tuesday stories 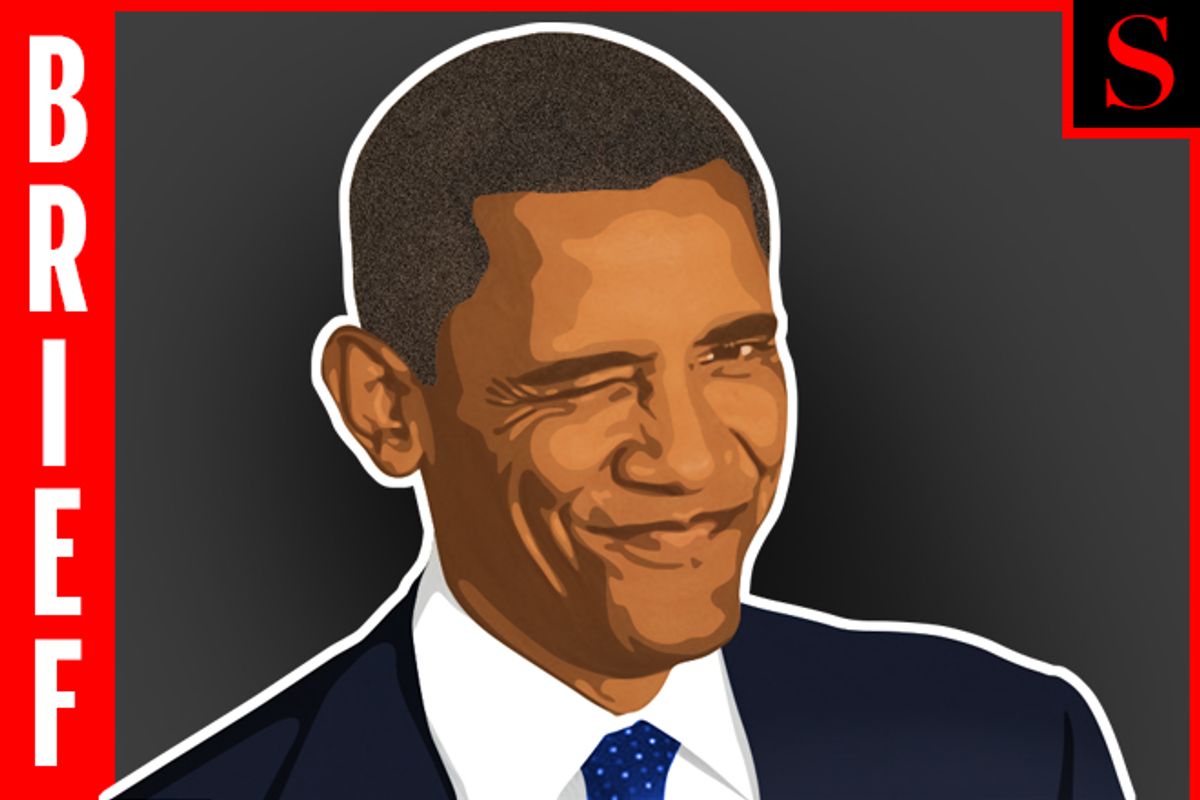 On the ground: Even though Election Day is still 41 days away, some battleground states have already started early voting, an area where President Obama’s campaign is expected to have a considerable advantage.  North Carolina, New Hampshire, Virginia and Wisconsin, have already begun mail-in absentee voting. Iowa will open up in-person early voting on Thursday, while Ohio will do so next Tuesday. “Obama’s campaign never closed the doors on some swing-state campaign offices after his 2008 victory. Strategists on both sides of the aisle acknowledge he will likely have the edge in get-out-the-vote efforts,” The Hill reports.

Akin stays in: Today is the deadline for Rep. Todd Akin to drop out of the Missouri Senate race and he has no intention of doing so, thus Akin will be in the race for the long haul. The deadline comes as conservatives have been increasingly rallying around the candidate, even as the Republican establishment mostly abandoned him. Former House Speaker Newt Gingrich appeared with Akin yesterday to endorse him and encourage more consatives to do the same.

Obama to UN: President Obama will speak to the UN General Assembly today where he will address the rising Middle East protests, calling the rage a choice "between the forces that would drive us apart and the hopes we hold in common." Obama will condemn the video that apparently sparked the uproar, but say that nothing justifies the violence that came in its wake. He will also seek to show U.S. resolve in preventing Iran from developing a nuclear weapon.

What they say to donors: There are two Mitt Romney’s, the New York Times notes -- one that speaks to large crowds and one that speaks at private fundraisers, as revealed by the 47 percent tape: “A review of his remarks at dozens of fund-raisers, in well-off neighborhoods from Los Angeles to Miami over the past year, highlights differences both subtle and significant in how he speaks to voters and donors, the two most important constituencies in his bid for the White House... Mr. Romney also recites many of the same lines to donors and voters. But the intimacy of the receptions (at homes and hotels), their transactional nature ($75,000 per couple is often pledged) and familiarity with that audience (usually filled with fellow businessmen and -women), appears to put Mr. Romney at ease. He uses looser language, divulges strategy, tells detailed personal stories and takes pointed questions.” President Obama does this too, but to a smaller degree. He hews mostly to his stump speech after his embarrassing comments about people clinging to guns and religion in 2008. Obama does, however, refrain from attacking Romney’s personal wealth.

Screen-door submarines for Romney: Romney doesn’t understand why you can’t roll down the windows on airplanes. Speaking a fundraiser in California about a frightening incident last week when his wife’s plane filled with smoke, Romney said, “And you can’t find any oxygen from outside the aircraft to get in the aircraft, because the windows don’t open. I don’t know why they don’t do that. It’s a real problem.”