What is the UN General Assembly, anyway?

Trying to figure out the difference between the UN and the UN General Assembly? We've got you covered 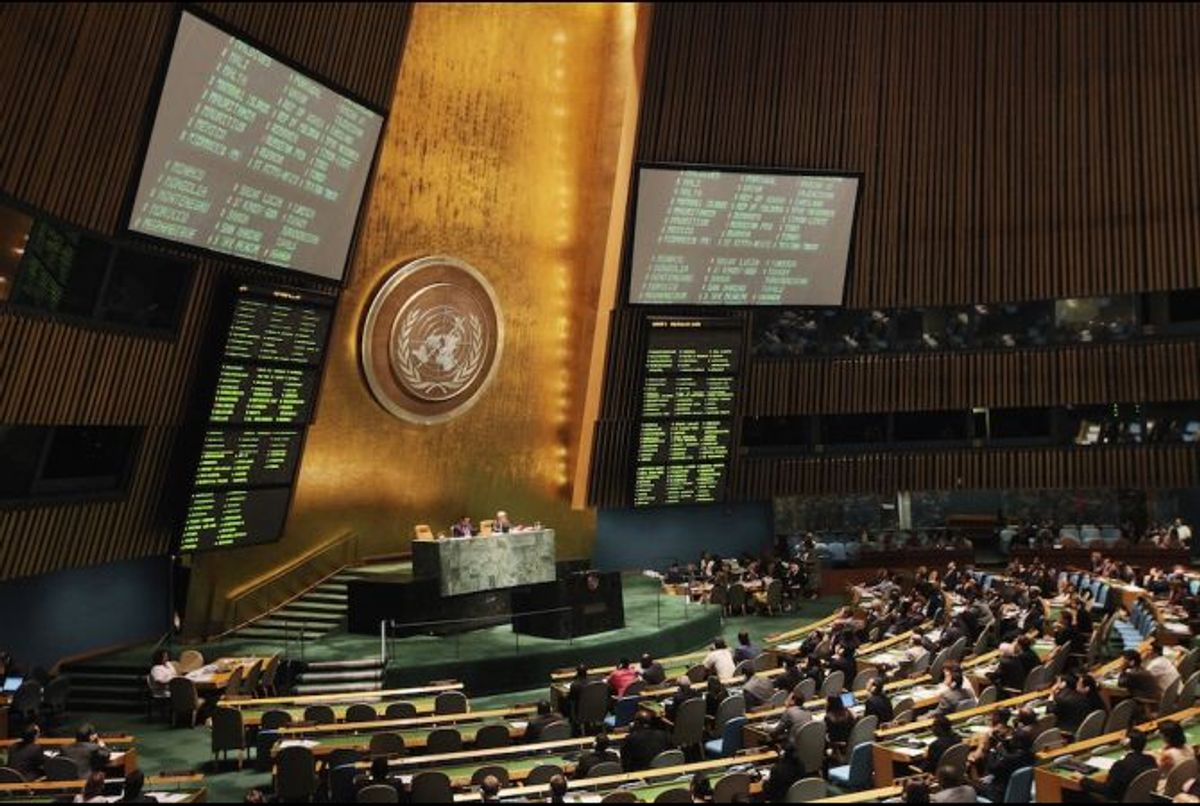 With the crisis in Syria hitting new levels of urgency and unrest across the Middle East and beyond, United Nations Secretary-General Ban Ki-moon last week foretold a busy September for the UN's member nations.

"This year’s General Debate will be among our busiest ever. This reflects the tumultuous time in which we live — a time of turmoil and transition,” he said.

The General Debate is part of the UN General Assembly, a series of annual meetings where the countries who comprise the UN hammer out major decisions on some of the world's most tangled problems.

What is the UNGA?

The United Nations General Assembly is a forum of all of the members of the United Nations that takes place for several months each year. Held in New York, the annual convening of member states allows the UN to address the most pressing global issues of the moment.

Or, as the UN puts it on their website, "In September, every year, the world gathers in New York to tackle humanity's most intractable problems." The UNGA is in session through mid-December.

What does the UNGA do?

The 193 member-nations who assemble for the UNGA use the opportunity to deliberate and vote on major decisions, "such as those on peace and security, admission of new members and budgetary matters," according to the UN. Six committees, each focused on a theme such as international security or law, address topics more deeply.

This year's 67th UNGA session officially opened on Sept. 18. The highest-level meetings are taking place this week, known as the General Debate, covering topics including the rule of law, sustainable energy, nutrition, nuclear terrorism and chemical weapons. Delegates will also turn their attention this season toward the ongoing crisis in Syria and Iran's nuclear program.

Major decisions, such as those related to peace and security, require a two-thirds majority vote to succeed in the assembly, while decisions on less important matters are passed by a simple majority.

The theme of this year's General Debate — chosen by the session's president, Vuk Jeremić of Serbia — is both ambitious and broad: “Adjustment or settlement of international disputes or situations by peaceful means."