Erik John Meiser, who has a 10-state criminal record, was apprehended after brutally stabbing a retired man 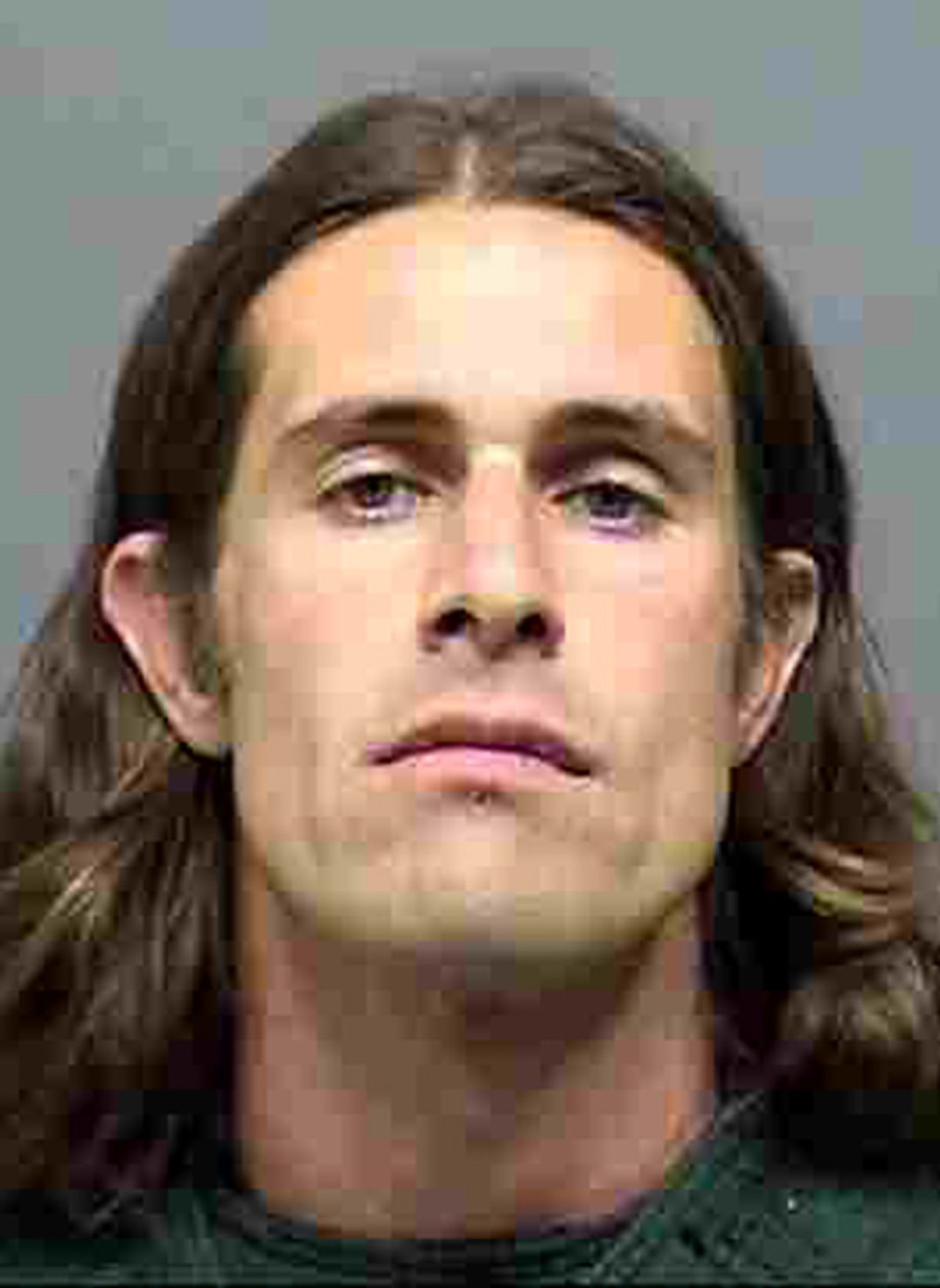 A white supremacist with a 10-state criminal record dating back to the 1980s was arrested in Oregon over the weekend and charged with the brutal knife killing of a recently retired man he had apparently never met.

It was extensive media coverage and the use of electronic billboards displaying the image of Erik John Meiser that apparently led Clackamas County Sheriff’s deputies and federal marshals to arrest the suspect at gunpoint Saturday outside a motel in Corvallis, Ore.

Oregonian newspaper reported in weekend editions. A conviction could result in the death penalty.

Meiser, a 37-year-old drifter who has the word “NAZI” tattooed on the fingers of his left hand and “HATE” on his right calf, was arrested 66 miles away from the upscale Portland suburb where he’s accused of committing the murder.

Friends gathered Sunday for a memorial service for Hayes, a recently retired information-technology professional who was attacked, authorities said, after he and his wife returned to their home in Lake Oswego at 6 a.m. and apparently startled a burglar.

Margaret “Maggie” Hayes, 56, wasn’t injured as she ran from the residence and called police who used tracking dogs in the initial manhunt in the affluent neighborhood. The victim’s wife provided a description of the 6-foot-5 bearded attacker and an artist’s drawing was released.

Authorities have not disclosed what led them on Thursday to identify Meiser as a suspect in the Hayes killing, triggering a West Coast manhunt and massive public awareness campaign that generated dozens of tips, eventually leading investigators to Corvallis two day later.

Not a lot is publicly known yet about Meiser’s white supremacy background, but he reportedly has ties to St. Paul, Minn., and Santa Cruz, Calif.

Shortly after Meiser was identified as the murder suspect, police in Ogden, Utah, announced they, too, were looking for Meiser. He is named in a Utah warrant charging him with a Sept. 8 knife assault on a man whose face was severely slashed in an apparently unprovoked bus station attack.

Meiser has a criminal record dating back to 1989 when he was 14, authorities say. He has previous arrests in California, Colorado, Kansas, Minnesota, Nebraska, Nevada, Pennsylvania, and Wisconsin, dating back to 1989, the Clackamas County Sheriff’s Office said in a press release.

“We’re thrilled to have him in custody,” Clackamas County Sheriff Craig Roberts said after a citizen’s tip led to Meiser’s arrest, The Associated Press reported.