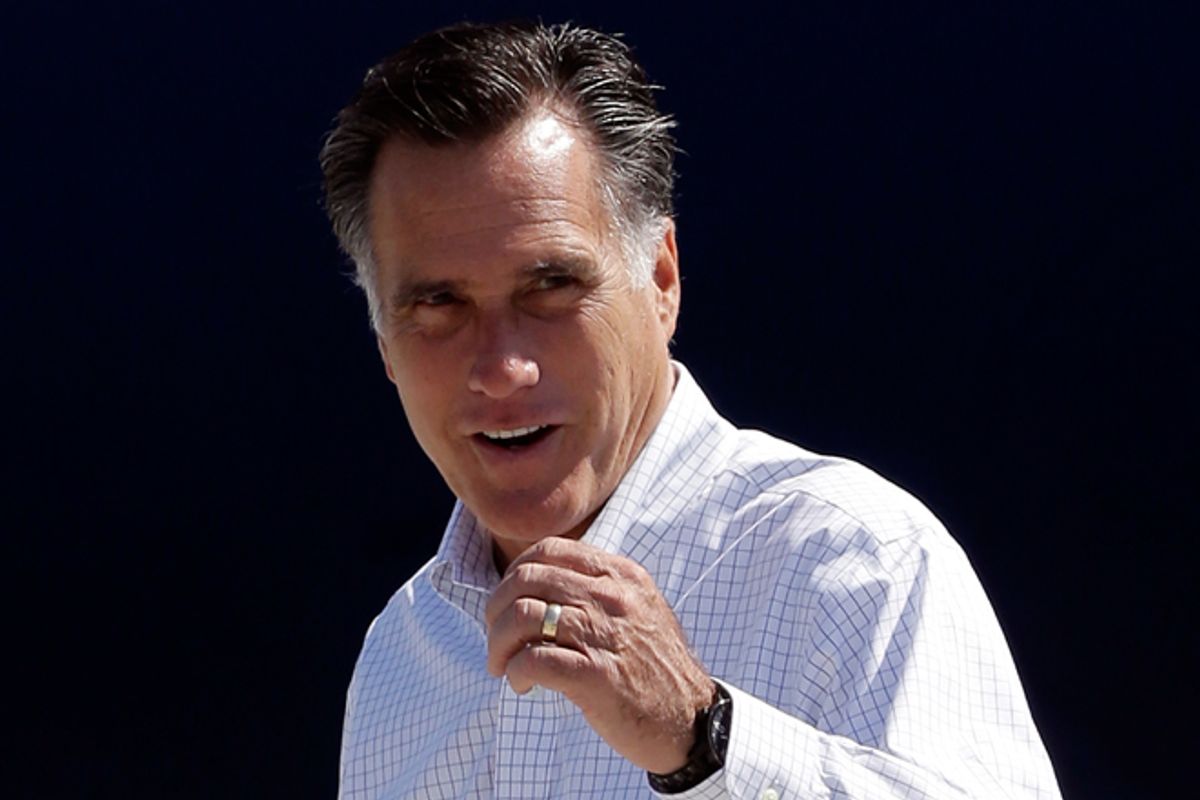 I'm not sure it'll amount to anything, but today seems to have marked the birth of the sophisticated version of the elaborate liberal media polling conspiracy fantasy.

The silly version (let's call it "poll trutherism," which I think Dave Weigel sorta coined) broke out earlier this week, once Rick Perry discovered the genius that is UnSkewedPolls.com. And the silly version is a good enough piece of propaganda for the hackier elements of the conservative media sphere, from the Washington Times to TownHall to WND to Fox & Friends.

In this version, the liberal media purposefully skews the polls, making the (secretly winning) Romney campaign appear to be unable to gain ground on Obama, in order to demoralize Republicans, thus ensuring Obama's reelection. (Even Jim Geraghty is highlighting some conspiratorial claims from a Republican pollster involving Democrats somehow "lobbying" major pollsters to undersample Republicans.)

At the Weekly Standard, Jay Cost weighs in with a much more rational take on the perhaps all the polls are for some reason -- who can say -- skewed to benefit Obama narrative. He thinks "many polls have, in my judgment, overestimated the Democrats' standing right now," but he is careful not to ascribe conspiratorial causes to this belief. He says it's just that Romney shouldn't be polling so far behind Obama when independents are evenly split everywhere.

Cost again: "One important 'tell' in my opinion, is this president’s continued weak position with independent voters, who remain the true swing vote." Self-declared independents are not "swing voters"; there are hardly any "swing voters" and what genuine, real-life "swing voters" there are tend to be either very politically idiosyncratic or simply completely uninformed about politics. Most independents lean one way or the other.

Jim Geraghty adds some more numbers to Cost's point, comparing 2008 exit data to 2012 poll samples, which shows the Democratic/Republican "split" growing in Pennsylvania and Florida -- because there are fewer Republicans and more independents. (Geraghty acknowledges as much, saying: "Perhaps conservative or Republican-leaning voters are more likely to flip between identifying themselves as independents or GOP.")

There's some data on the subject: Pew says independents are more conservative than before:

So it's not just "gut feelings" we have to go on here, there are studies and stuff!

Also, voters who just voted -- like ones being exit-polled -- are more likely to identify with a party than ones being polled before an election, for whatever reason. (Voters are maddeningly inconsistent.) Here, let Mark Blumenthal explain how pollsters weigh demographics and do the crazy "likely voter screen" voodoo.

I wonder. In the event of an Obama victory, do you think the increasingly widespread belief that the polls -- nearly all of the polls -- consistently overstate Obama's lead in every state where he leads will cause conservatives to rethink their liberal media bias-based theory of Republican unpopularity, or do you think it will lead to ever more baroque conspiracy theories about voter fraud and ACORN and the New Black Panther Party?