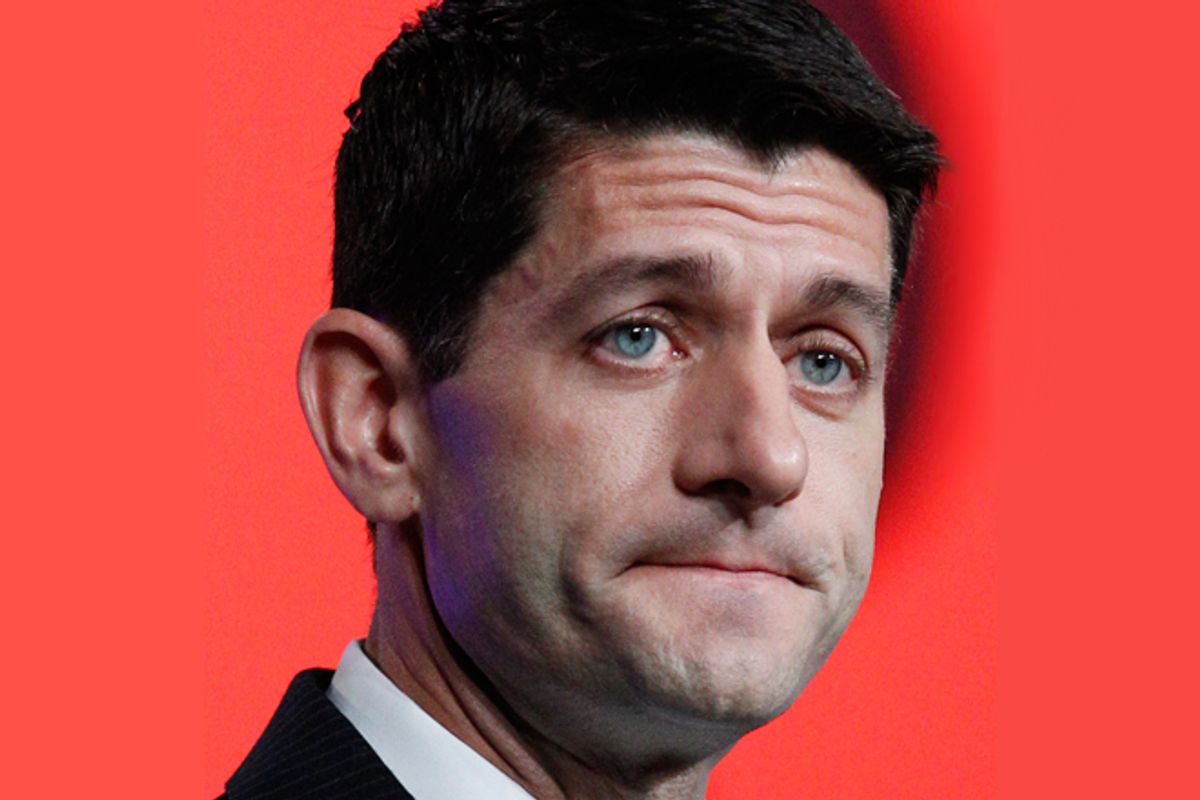 A series of internal polls conducted by the pro-Obama super PAC Priorities USA found that voters in key swing states hold sharply negative views of Paul Ryan’s budget -- which is to say, the budget to which Mitt Romney irrevocably lashed his presidential aspirations when he picked Ryan as his vice-presidential nominee. Priorities USA asked between 600 and 800 respondents in the states: “Based on what you have seen, read or heard about it, do you support or oppose the budget plan proposed by Republican Vice Presidential candidate Paul Ryan, also known as ‘the Ryan Budget’?” In all cases, the polls, shared with Salon before their public release, found the budget plan's popularity to be underwater by close to 10 points.

The data reflect national polling on Ryan’s budget, which would replace Medicare’s guaranteed benefits with a voucher system, but offer a rare view of how the plan is playing in key battleground states. The number of people aware of the budget plan appears to have grown as Ryan has been elevated, but it’s getting no more popular, suggesting that the more exposure it gets between here and Election Day, the worse it is for Romney and Ryan.

Democratic pollster Garin-Hart-Yang Research conducted the surveys in Florida and Iowa between Sept. 20-23 and Sept. 13-15, respectively, while the Global Strategy Group conducted the polls in Colorado and Wisconsin between Sept. 19-23, and in Ohio between the 13th and 17th.