Backpage.com may have struck out out on its own, but Voice Media's alt weeklies will still have adult classifieds 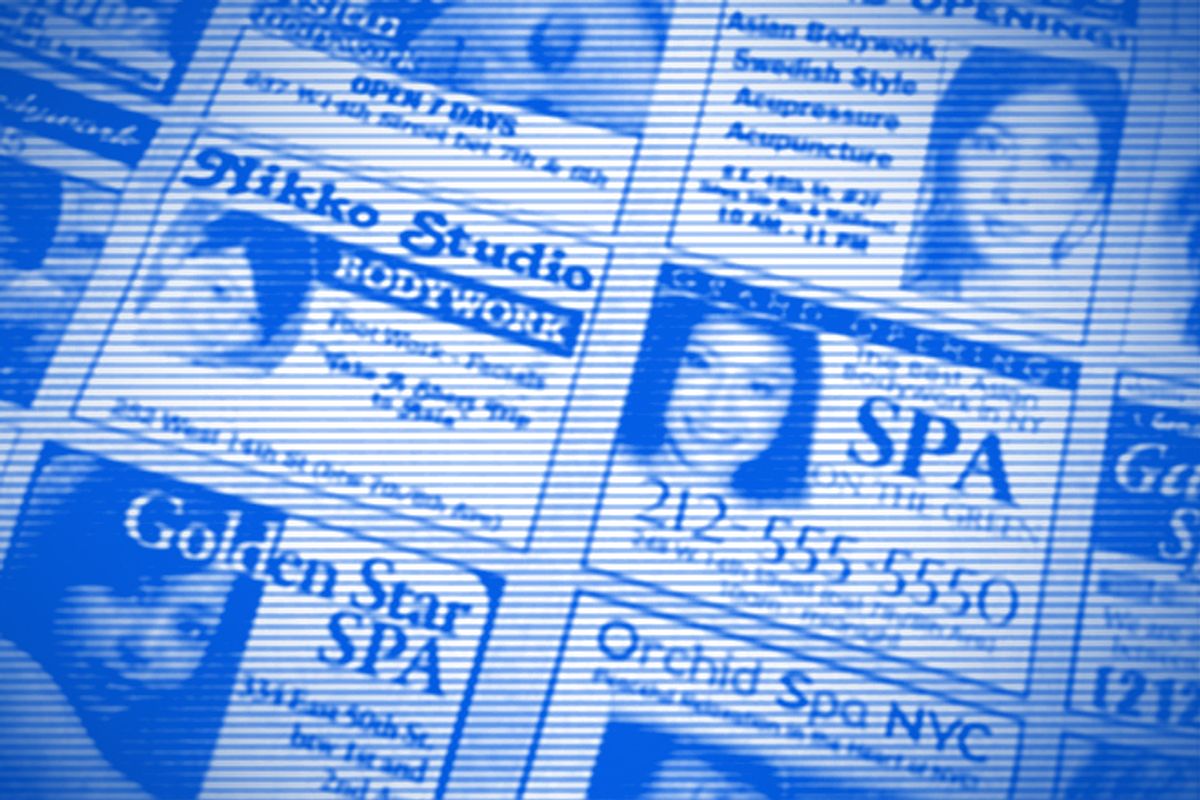 The owners of the highly controversial Backpage.com are selling the Village Voice, along with its dozen sibling newspapers, but let’s get one thing straight: That doesn't means sex ads are disappearing from the alt weeklies.

Reached by email, the newly formed Voice Media Group, which now owns the constellation of papers, offered the following explanation, “There will be no online adult classifieds in any market. Our print products will continue to operate with their current offerings -- these are separate from Backpage.” In other words, weeklies that contain escort and massage parlor ads will continue to contain escort and massage parlor ads.

With the proliferation of sex ads on Backpage.com, the alt weeklies’ physical back pages have largely been forgotten. Not so long ago, though, adult print ads were also being targeted -- on the grounds that they promoted illegal activity, including trafficking. Just a few years ago, activists managed to convince publications like New York magazine and the Washington Post to cut out massage parlor ads -- but not the Village Voice.

The Village Voice and its kin may have turned down the heat by severing their relationship with Backpage, but that doesn’t mean they’re entirely clear of controversy. Andrea Powell, executive director of the anti-trafficking organization FAIR Girls, which spearheaded a campaign to shut down Backpage.com, told me, “Our efforts are really focusing exclusively on Backpage.com,” she says. “I believe that researching those online ads is much more arduous; it’s a much easier place for victims to be hid by their traffickers than in a print ad. But the print ads are obviously a concern and something we do look at.”

She adds, "It is clear their recent split from Village Voice Media is a smoke and mirrors campaign."

That the remaining print ads have largely gone unremarked upon amid the highly covered split shows just how dramatically the online marketplace has grown. The question remains what leverage anti-trafficking activists will have now that Backpage is solely an Internet property -- and one without a mainstream parent company.