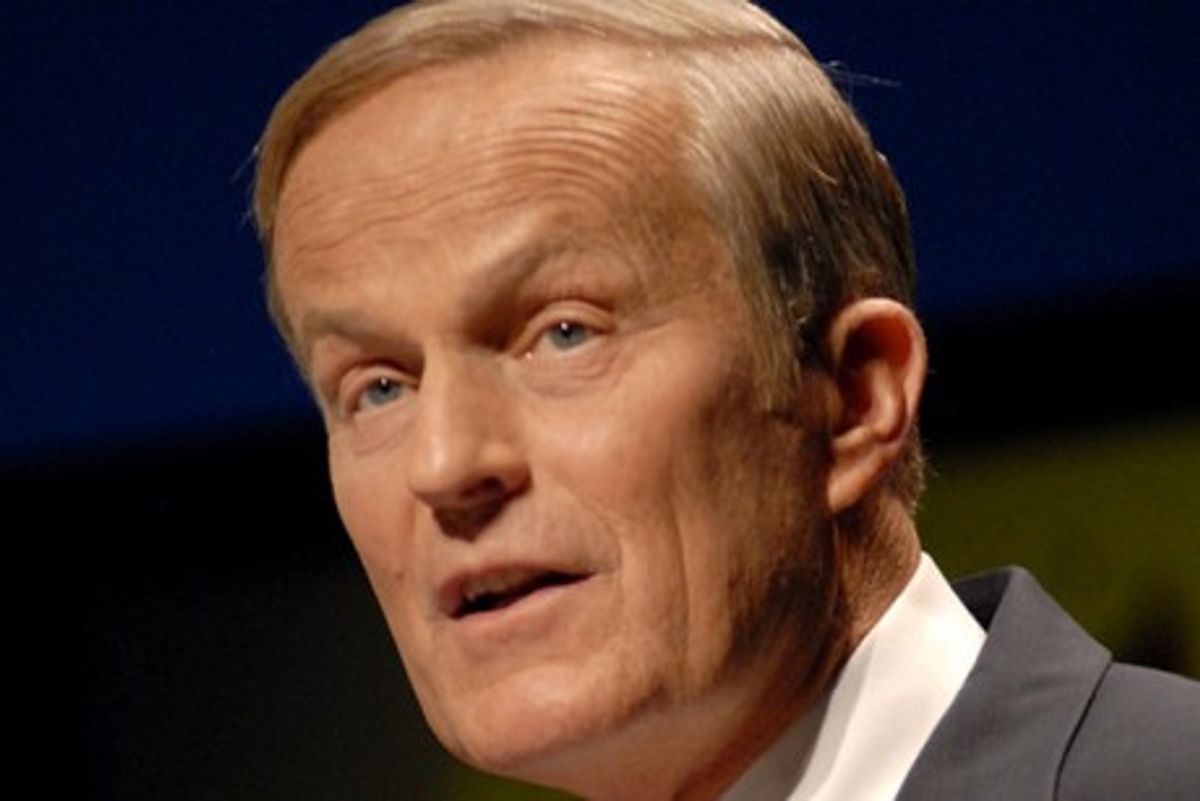 During the 2008 presidential election, historian and political commentator Nancy Cohen became interested in how sex has changed American politics. She was so intrigued by the gender issues that surfaced around Hillary Clinton and Sarah Palin that she began working on what would become "Delirium: The Politics of Sex in America." The book is a meticulously researched political history of the Democratic self-destruction and Republican stealth that has allowed many of the gains of the sexual revolution to be lost.

In a political climate where women have to debate scientific inaccuracies stated by Republican politicians about "legitimate rape," where women who use birth control are maligned as "sluts," and where all-male congressional hearings are held to determine women’s right to control their own bodies, "Delirium" is a welcome font of clarity. Although Cohen couldn’t have anticipated the degree to which sexual rights would be the focus of the 2012 election, her book provides germane guidance for progressive activists who wish to secure four more years of a Democratic presidency.

Mandy Van Deven: Why are we still talking about the legitimacy of birth control in America?
Nancy Cohen: This is precisely the question we should all be asking ourselves right now. To paraphrase James Carville, it’s the vagina, stupid. This is not just temporary insanity triggered by the fear of a black president. It’s not a populist backlash. We are having debates about the legitimacy of birth control in 2012 as a result of a multi-decade-long right-wing movement to take back the rights that women won during and after the sexual revolution in the 1960s. The long-term roots of this movement and what it means for the future is the story we need to focus on today.

MVD: In the book, you describe sexual fundamentalists as a small portion of the US population that wields enormous political power. How did this group come to have so much influence?

NC: The sexual fundamentalists began as a grassroots movement on issues like blocking the Equal Rights Amendment. They have been savvy political organizers for a long time and always identified electoral politics as a key battleground. Starting in the 1970s, they basically infiltrated the GOP at the local precinct and school board levels. Gradually, they built their power to the point where they controlled many state Republican parties, and we saw the culmination of their takeover of the GOP in the 2010 elections. The Tea Party was largely a rebranding of the discredited Christian Right; it wasn’t what it portrayed itself to be, and the media cooperated in this inaccurate portrayal.

MVD: How embedded is this group within the Republican Party today?

NC: The Republican Party has been hijacked by anti-women and anti-gay extremists—that is clear. No Republican leader can get past the starting gate without appeasing the sexual fundamentalists. The people whose mission it is to roll back women’s rights and gay rights make up close to half of the Republican Party nationally, and in many red states, these extremists make up closer to 60 or 70 percent of the party members.

MVD: Is it safe to say you weren’t surprised by the GOP platform that was unveiled during the Republican National Convention in Florida?

NC: I was not at all surprised. The secret to understanding American politics right now is to understand how these extremists are less popular yet more powerful than we imagine. The GOP platform is a good object lesson about how sexual fundamentalists operate within the Republican Party. The delegates that ended up at the convention are the most extreme of the Republican base. The people who were elected to be on the platform committee are the most extreme of the extremists. That’s how you end up with a platform that says not only no abortion with no exceptions, even for rape, but also includes a lot of junk science that says it’s proven women become depressed from abortion or that there is fetal pain.

MVD: Polls consistently show that politicians are out of step with what the majority of Americans believe. Why do we elect leaders who don’t reflect our values?

NC: The Right is responsible for the assault on women’s rights because that’s their mission, but Democrats and progressives are partly to blame because they let it happen. Democrats misinterpreted voter opinion and ran scared for many years on issues of importance to women, gays and many other groups. They convinced themselves that if they stood up for their principles, they would alienate this mythic American middle – but they were wrong. If you look at election studies, Democrats win by being strong on women’s rights. We are seeing a different strategy this year by the Obama campaign and many down-ticket Democrats who are up for election. They are standing by their principles and defending women’s rights and reproductive freedom, and also supporting gay marriage.

MVD: You write about various myths that have limited Democrats’ ability to get elected and move progressive reform forward. How does this work?

NC: There is a myth that the 2004 election was a values election, and Democrats lost because of their position on gay marriage. The evidence shows this is simply not true. However, in reaction to that myth, many Democrats started taking more conservative positions, and the party began running more conservative candidates. When the Democrats won control of the House and Senate in 2006, although many of their candidates were progressive, a good number of them were anti-abortion. We saw the impact of those anti-abortion Democrats during the debates on healthcare reform, which almost went down because anti-abortion Democrats held the president hostage over an invented, fictive idea that the bill included taxpayer funding for abortion.

MVD: How are Americans responding to the increasing political conservatism of elected officials?

NC: The progressive activism to defend women’s rights has been absolutely critical in stopping some of the worst of the legislation. It was progressive activists standing up to Komen and for Sandra Fluke that put these issues on the agenda in a way the national media could not ignore. If Obama wins this year’s election, I think he will have these women to thank for it. The polls show there is a huge gender gap between Obama and Romney, which includes women who aren’t politically active. This gap is showing up in all the younger groups of men as well. The Democrats were living in a kind of delusion for many years that progressive principles were hurting them with middle America, but every election in which social issues are front and center turns out to be a bonanza for Democrats. When the American people sense that the Republican Party has gotten into bed with religious extremists who are against women’s rights and gay rights, they run in the opposite direction.

MVD: Beyond this election, what should progressives focus on to maintain political power?

NC: It’s important that Democrats avoid a repeat of what happened in 2010. There is always lower turnout in midterm elections, but right-wing Republican activists do not give up between presidential elections. In many ways they redouble their efforts. These people know their days are numbered, particularly with the demographic changes we’re seeing, and they are going to fight even harder if the Democrats remain in power after this year’s election.

One of the reasons Republicans are able to usurp power is that progressives are less focused on electoral and party politics, and they often abandon it during midterm elections. Progressive activists have to stop taking time off from electoral and party politics, because when they take time off they hand the country over to the anti-women, anti-gay extremists of the Republican Party.