Remembering the Sabra and Shatila massacres 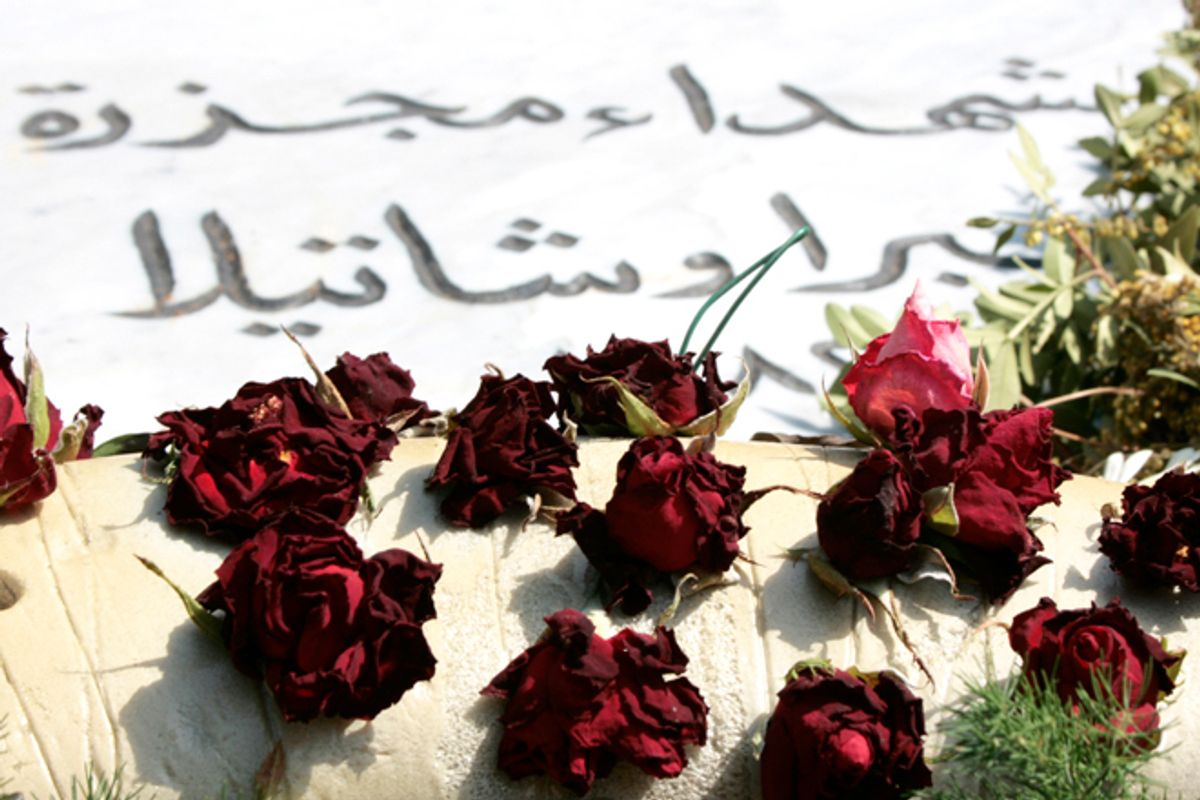 Facebook
Twitter
Reddit
Email
view in app
Thirty years ago this month, five of my siblings, my mother, my uncle and all 10 members of his immediate family were murdered within 48 hours of each other. These were the worst and longest hours of my life.

I was 19. Blind luck enabled me to live to tell the story.

Year upon year, I have told of that first frightful night during the Sabra and Shatila massacres, when I dodged sniper fire to find shelter in a hospital for the mentally disabled.

I have told of the frantic search for my brother, who surely would have known how the rest of our family fared, or at least if they had been spared the night’s hellish, door-to-door slaughter.

I have told of confronting, caution-to-the-wind, a group of armed men who had sealed off all access to the camps — the camps that were my family’s refuge — pleading with them to let me search for a relative, any relative, or a sign of hope.

And I have told of finding, where our hardscrabble lives used to be, only charred skin, body parts and rubble.

All these years later, to excavate these memories is to rage against an enduring truth: that “[o]ur lives begin to end the day we become silent about things that matter.”

Americans, of course, should recognize these words as those of Dr. Martin Luther King Jr., who did not live to tell his story in full.

Yet that story, which is a universal one — concerned with justice, freedom and the reliance of each on the other — lives on in the courageous struggle of individuals like Ellen Siegel, the Jewish-American nurse I met, in Beirut, where she'd come to bear witness to the atrocity.

Ellen was with me again this month as we traveled to Lebanon to mark the 30th anniversary of the Sabra and Shatila massacres, when a ruthless band of Lebanese militiamen killed more than 3,000 innocent civilians at the behest — and with the backing — of the Israeli military.

It was none other than former Israeli Prime Minister Ariel Sharon who oversaw the killing, instructing his troops to fire flares over the camps — the better to target the women, children and men cowering under the corrugated tin roofs so familiar to Palestinian refugees.

To us, what happened those fateful nights was part of a pattern of Israeli state-sponsored terrorism that, since 1948, has been designed to extinguish our hope of ever returning to our homeland.

In 1983, the Israeli government’s own Kahan Commission affirmed Sharon’s culpability, holding him personally responsible for not preventing the previous year’s massacres. Yet the Israeli government today continues to act as bystander as the state’s institutions enable the ongoing occupation and abuse of millions of Palestinians.

Worse, Israelis themselves remain silent as their society seethes with racism against the indigenous Arab population. Just last month, dozens of Jewish Israelis attacked three Palestinian youth in Jerusalem’s Zion Square, kicking and beating one of them to within an inch of his life.

One young Jewish witness described the scene as a “lynching” while another offered this vivid account:

"When one of the Palestinian youths fell to the floor, the youths continued to hit him in the head. He lost consciousness, his eyes rolled, his angled head twitched, and then those who were kicking him fled, and the rest gathered in a circle around, with some still shouting with hate in their eyes."

This was not an isolated incident. Several more have been reported since in Jerusalem alone, while the usual spate of Jewish settler violence against Palestinians in the West Bank continues unabated and unchecked.

In 1982, American diplomats, according to a Sept. 17 Op-Ed published in the New York Times, were "browbeaten" into remaining mum about the massacres in Sabra and Shatila. And this election year, American politicians are scampering to express their “unflinching” support for Israel, touting the latter’s values and dubbing them their own.

I disagree. The American values I know are embodied in people like Ellen Siegel, who has remained my friend since America took me in following the Sabra and Shatila massacres. If the values that welcomed me then could be applied to America’s Middle East policy, then the hatred that took my family’s lives would no longer linger 30 years on.

Nabil Mohamad is Vice President of the American-Arab Anti-Discrimination Committee.  More information about Nabil Mohamad and Ellen Siegel can be found at Just World Books.